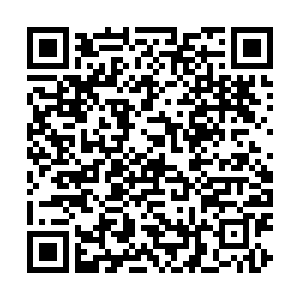 With the start of the United Nations climate summit COP26 in Glasgow just days away, the fact that of the world's largest economic blocks, the 27 nation European union, China and the U.S, are meeting in London is being watched with great interest.

On Wednesday China's top climate envoy Xie Zhenhua met behind closed doors with the EU's green policy chief, Frans Timmermans in what were their first face to face talks.

The U.S. Special Envoy on Climate, John Kerry is also expected to meet Mr  Xie in London ahead of the summit.

At a press conference in Beijing, China's Vice Minister of Ecology and Environment, Ye Min highlighted one of China's major concerns: the slow progress of richer nations in meeting their commitments to help developing countries cope with the effects of climate change.

Mr. Ye called this the 'biggest obstacle to continued progress' at COP26.

"Developed countries should step up to fill the gap in providing 100 billion U.S. dollars in financial support each year. This is a major issue related to mutual trust between developing and developed countries." Ye Min said.

The White Paper confirmed China's earlier pledge to stop increasing its emissions before 2030 and become carbon neutral by 2060. It had also said it would stop funding new coal plants abroad.

The White Paper also says it will increase the share of non-fossil fuels to 25 percent of total energy consumption by 2030, up from the previous commitment of 'around 20 percent' and raise installed capacity of wind and solar.

COP 26 is seen as a critical attempt to get the world to come up with concrete plans to keep temperature rises to a maximum of 1.5 degrees C.   Already we have seen extreme temperatures, flood and droughts around the world with fears they could get much worse.

As the world's largest emitter of greenhouse gases, China's role at COP26 is seen as one of the crucial factors in helping the world avoid a catastrophic climate crisis.

In a letter to the British newspaper, The Guardian, China's ambassador to the UK, Zheng Zeguang wrote that China will honour its climate pledges. He also said that it met its target for 2020 ahead of schedule. By the end of last year, carbon emissions intensity had come down by 48 [percent compared with 2005, and non-fossil fuels accounted for 16 percent of primary energy consumption.

On Tuesday the UN's 'emissions gap' report, which compares what countries say they will do and what is actually happening, says that the latest climate promises for 2030 put the world on track for a temperature rise of 2.7 degrees C.  The UN Secretary-General António Guterres called the findings a "thundering wake-up call."