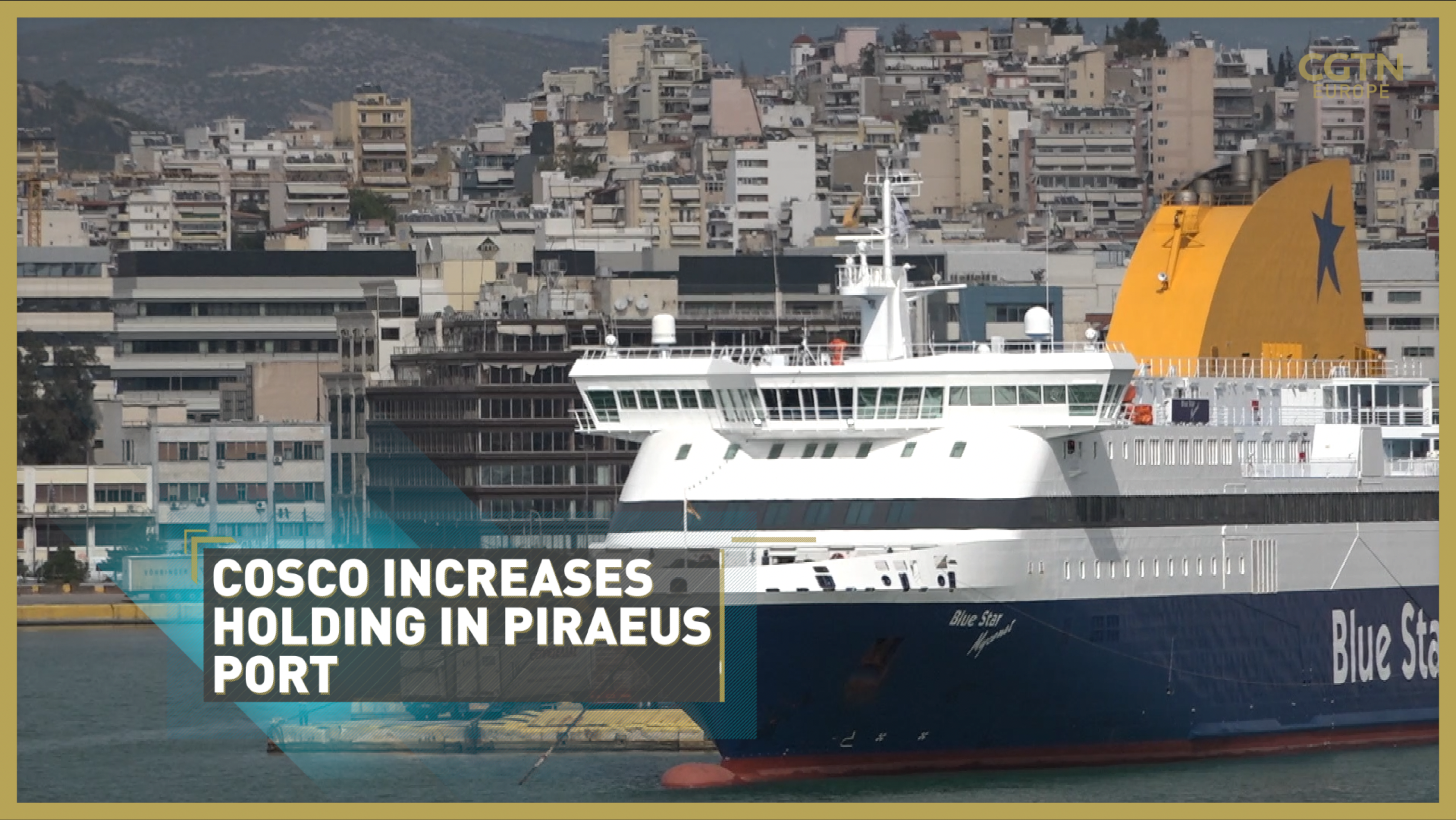 On Monday, in a small ceremony, Greece's privatization agency transferred shares corresponding to an additional 16 percent stake in Piraeus Port to the Chinese shipping giant COSCO.

Last month Greek lawmakers approved a deal with COSCO allowing it to raise its stake in Greece's biggest port, paving the way for a major investment. Greece's parliament approved the new contract, which gives the Chinese shipping company a larger stake in the Piraeus Port Authority (PPA).

In the original deal that COSCO reached with the Greek government in 2016, the terminal operator committed to invest a total of $340 million into the port's infrastructure by 2021.

Besides the increase in container capacity and cargo, the number of job openings in and around the port area is also increasing.

"We think that we will give a lot of opportunities to the local people and society. We will be creating more jobs, from laborers to higher positions. Every year now, we are creating 3000 jobs, in container and cargo handling. Our goal is to create about 10,000 jobs in the next five years, in and around the port," said Yu.

Greece was the first country in the European Union to sign the Belt and Road Initiative to jointly advance the cooperation between the two nations. The port of Piraeus, south of Athens, is one of the flagship projects of the initiative.

Piraeus has grown into a major hub for goods destined for Mediterranean and Black Sea ports since COSCO took over its container operations in 2009, creating more than 10,000 jobs and upgrading its infrastructure.

As the investments increased, so were the concerns of environmental groups. The main question raised was over the balance between more jobs and environmental protection?

"So before each investment, we first take into account the environmental issue, we will make the investment once we make sure that we have tackled and discussed all possible issues that our investment could cause, and then we move forward," said Yu.

After years of dealing with the debt crisis and an international bailout, this additional investment is a boost for the Greek economy. Investments from Beijing continue to be an important source of income for Greece.

From the handover of the Olympic flame earlier this month, to the 50th anniversary of diplomatic relations next year, this deal is yet another sign the two countries are strengthening their global connections.