Download
The hydrogen kaleidoscope: From gray to blue to green
The Agenda 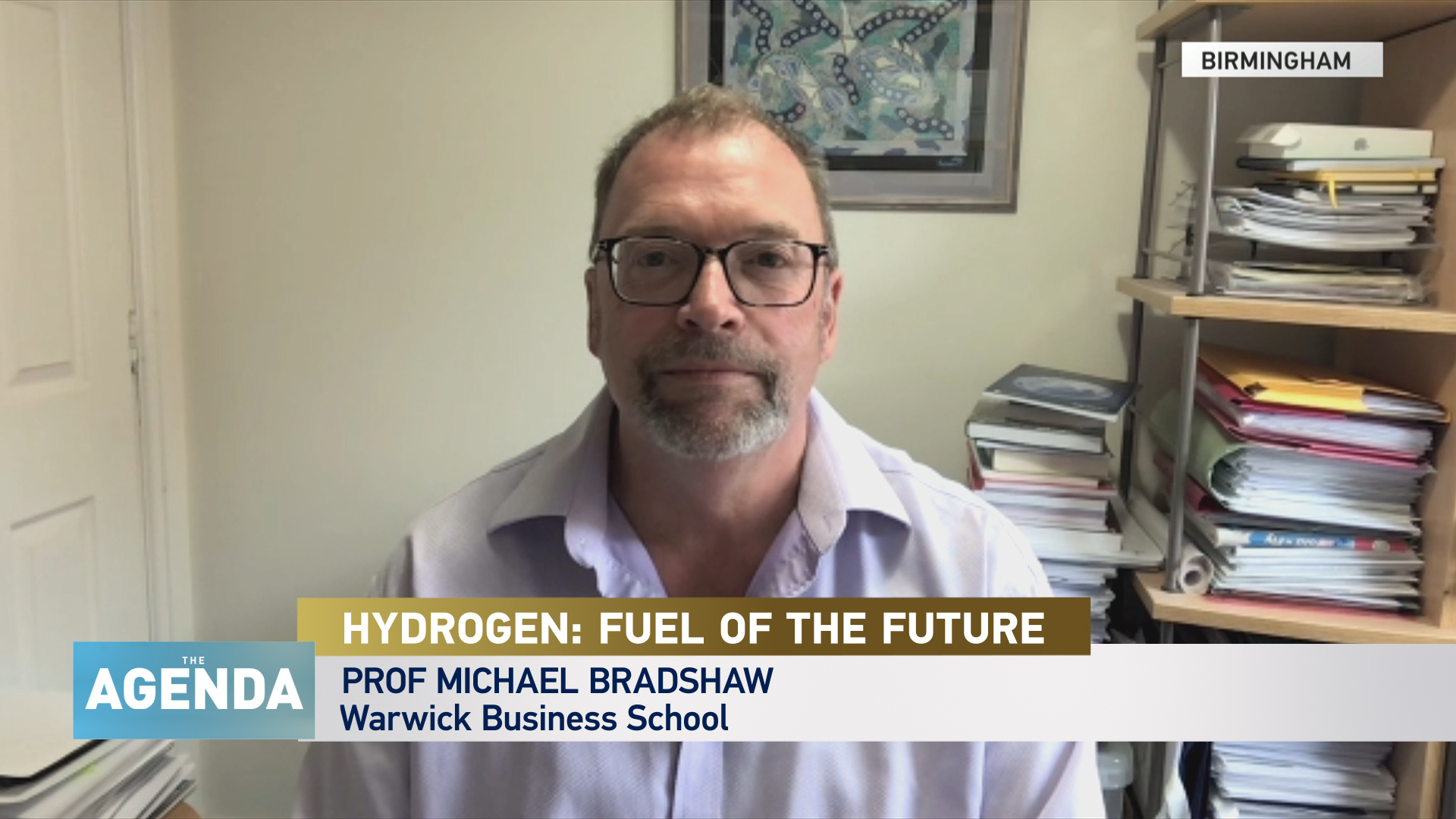 For decades, hydrogen has long been hailed as a potentially revolutionary alternative to fossil fuels and is the Earth's most abundant element. Green hydrogen is produced by splitting water using electricity generated from low-carbon sources resulting in no greenhouse gas emissions.

However, its currently an expensive process and therefore, many regard blue hydrogen as the most likely first step in the hydrogen revolution. This is produced using carbon capture methods to stop the CO2 released by its production from being released into the atmosphere.

Gray hydrogen is the current form in use but it creates a lot of emissions. For every tonne of gray hydrogen produced, 10 tonnes of CO2 are released into the atmosphere contributing to global warming. Michael Bradshaw tells Stephen Cole that although widespread green hydrogen use is the ultimate goal, it's likely that most industrialized economies will use blue hydrogen first because of cost and infrastructure reasons.

Bradshawis a Professor of Global Energy at Warwick Business School who specializes in the Geo-political economy of oil and gas. He is currently the co-director of a 5-year research program into the UK's energy transition. He is also the author of "Global Energy Dilemmas: Energy Security, Globalization and Climate Change."

WHAT DOES BRADSHAW SAY?

"Green hydrogen is produced using renewable energy, zero-carbon power, electricity and the process of hydrolysis, and it produces hydrogen and water as a by-product." He explains to Stephen. "So, it doesn't emit any carbon dioxide and therefore it is a net-zero source of energy."

"The problem there is it creates a lot of carbon dioxide as a by-product. That's the way we produce hydrogen today. It's so-called gray hydrogen. To turn it to blue hydrogen, you need to have something that captures the carbon dioxide and either stores it underground, which is known as carbon capture and storage, or uses that carbon dioxide, for example, an industrial process, which would be carbon capture, utilization and storage. So blue hydrogen is used to essentially de-carbonize natural gas."

Bradshaw then outlines his prediction of the way hydrogen production is likely to go: "I think when it comes to green hydrogen, there's a kind of a chicken and egg problem here. But we need to build up the infrastructure and we need to see the prices fall, which they probably will do quite rapidly in the way that solar and wind power fell.

"But I think this idea of a blue to green strategy where you build the infrastructure using blue hydrogen and then later in the day you would convert to green hydrogen is probably the way that more industrialized economies are going to go."

Bradshaw goes on to tell Stephen that less developed countries will also be able to reduce emissions by using hydrogen: "You can use these technologies at multiple scales and it may be in the context of having a local renewable power system that produces hydrogen and hydrogen fuel cells as well.

"You can use that to actually store electricity locally and then use it when you don't have access to wind and solar power. So, at a lower scale, it might be part of local or regional energy systems, perhaps as an alternative to natural gas.  It may be the green hydrogen can play a role at multiple scales."

However, Bradshaw predicts that hydrogen development won't be uniform throughout the world: "there is no one size fits all in this energy transition in that different countries and different regions will follow different paths and hydrogen will maybe play a different role depending on where in the world we are." 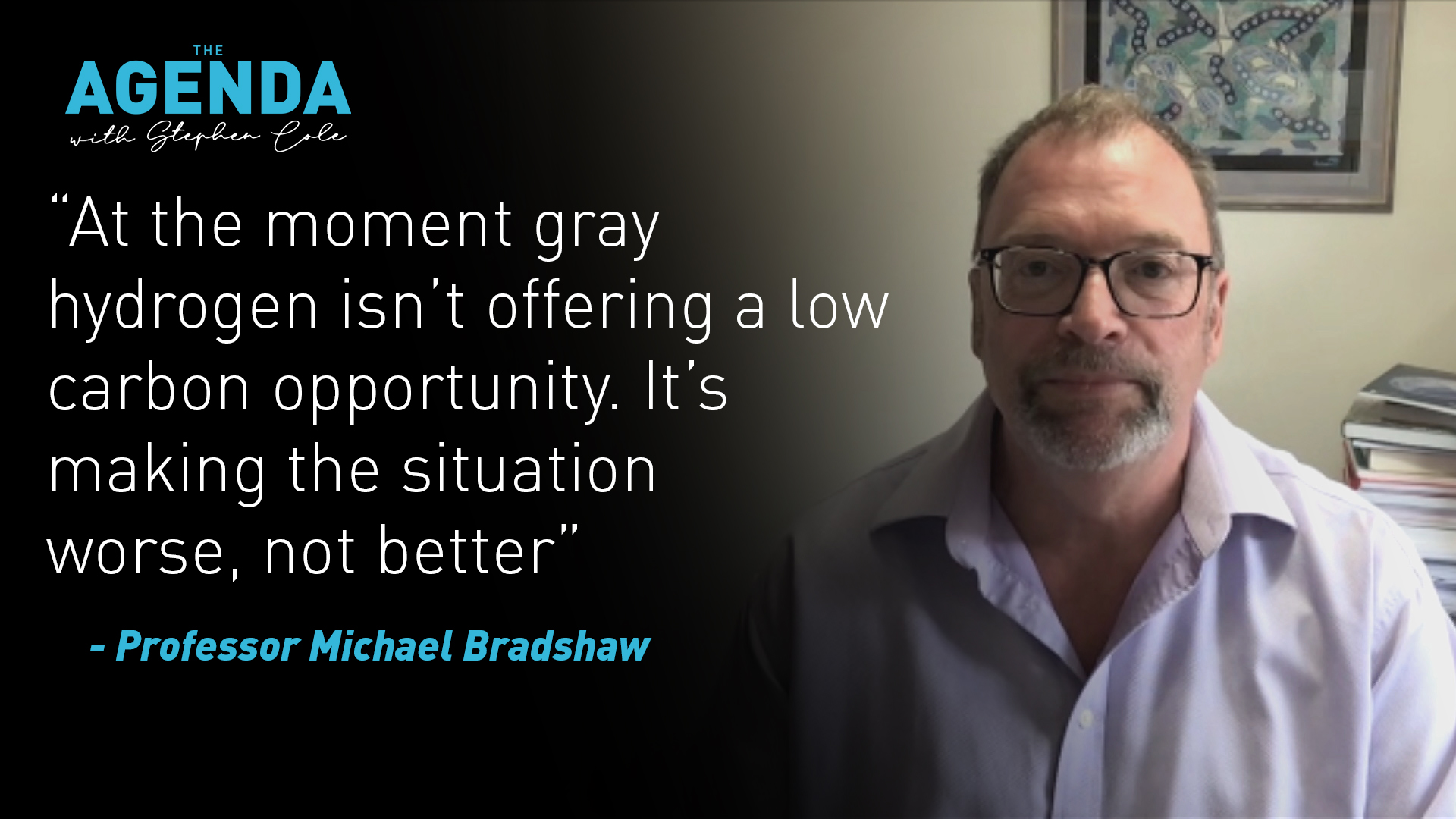 - Green energy developer and chairman of the MENA Hydrogen Alliance Frank Wouters discusses his vision for a Hydrogen future and how the MENA region is ideally placed to develop, produce and export green hydrogen.

- Global Energy Analyst Kate Dourian tells us exactly what needs to be done to make hydrogen a viable clean energy source, and why some remain skeptical about its chances of success