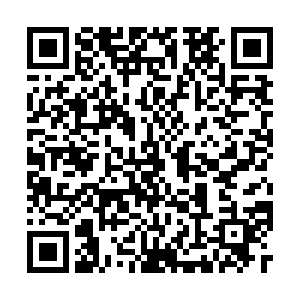 The threat by Turkish President Recep Tayyip Erdogan to declare German ambassador Jurgen Schulz and nine other envoys "persona non grata" has sparked concern in Berlin. Persona non grata, which is latin for "an unwelcome person," means the ambassadors will lose their diplomatic immunity and is one step away from expulsion.

The German foreign ministry has said they have not received any official notification from Turkey, but on Monday, ministry spokeswoman Andrea Sasse told reporters that Berlin was in repeated contact with Washington and Paris over the weekend, adding "as far as the relationship with Turkey goes, I think I made clear that German-Turkish relations in our view are deep, diverse and manifold and that they are highly important to us. Nothing will change that."

Meanwhile, other German politicians have commented on Erdogan's decision. Norbert Rottgen, a member of Chancellor Angela Merkel's Christian Democratic Union party tweeted, "The announced expulsion is an unbelievable escalation in foreign policy. Erdogan is leading Turkey further away from the West."

Well-known German Green politician Cem Ozdemir, himself of Turkish origin, tweeted: "This threat is above all a sign of domestic political weakness. The old, bad game: If things go badly economically, you attack abroad."

Turkey has seen its currency, the Lira, drop over the last few years, and on Monday, it lost more than one percent in value over fears of a break in Ankara's relations with its main allies and most important trading partners.

Nearly all 10 countries involved are fellow Nato members and have strong economic ties with Turkey.

Germany is Turkey's largest trade partner with an annual bilateral volume of around $36billion, according to Turkey's Ministry of Foreign Affairs.

Just last week, Angela Merkel vowed continuity in Berlin's relations with Ankara during her final official visit to Turkey, saying, "I think that every following German government will fully recognize the relationship between Germany and Turkey in all its complexity."

But these latest developments, along with the formation of a new government in Germany, which will see the end of Merkel's 16 years in charge, could throw her promises of diplomatic continuity with Turkey into question.

The crisis started when the embassies of Germany, Denmark, Finland, France, the Netherlands, Norway, Sweden, the U.S., Canada and New Zealand issued a joint statement on October 18, calling for a just and speedy release of 64-year-old philanthropist and businessman Osman Kavala, who has been in jail since 2017 accused of financing nationwide protests in 2013 and with involvement in a failed coup in 2016. He denies the charges.

Prior to that, the Council of Europe issued Turkey a final warning to release Kavala, warning that infringement proceedings against Ankara would start at the end of November, if he was not freed by then.