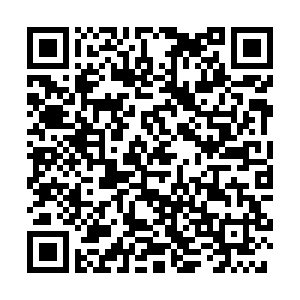 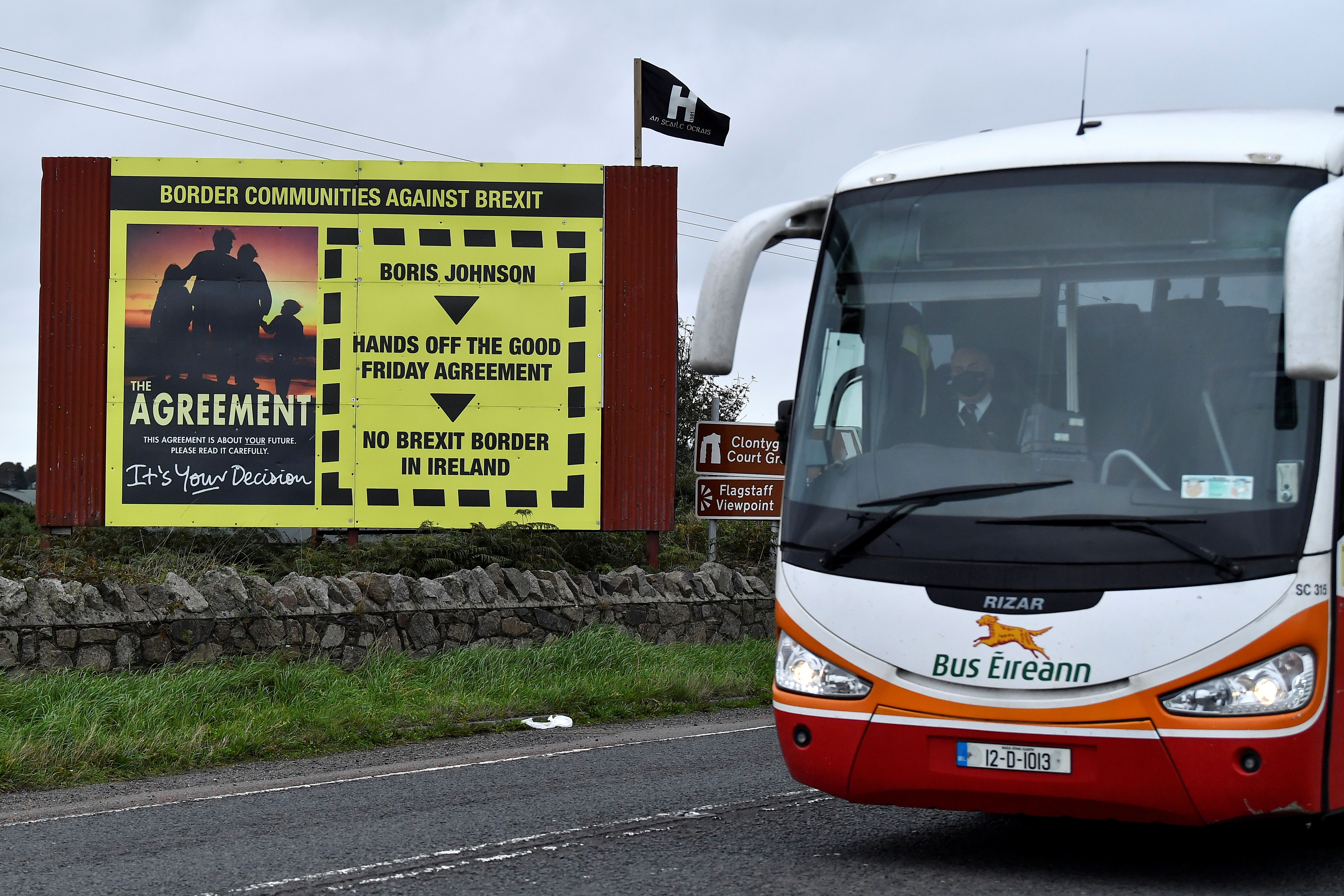 A bus drives past an anti-Protocol Brexit sign on the border between Northern Ireland and the Republic of Ireland near Newry, Northern Ireland, October 13, 2021. /Reuters/Clodagh Kilcoyne

A bus drives past an anti-Protocol Brexit sign on the border between Northern Ireland and the Republic of Ireland near Newry, Northern Ireland, October 13, 2021. /Reuters/Clodagh Kilcoyne

The European Union has offered Britain a package of measures to ease the transit of goods to Northern Ireland, but it looked unlikely to end tensions over post-Brexit trading rules for the province as it stopped short of the overhaul London has demanded.

The EU's executive said the measures could halve customs paperwork and cut checks on meat, dairy and other food products coming to Northern Ireland from mainland Britain by 80 percent. New rules would ensure the flow of medicines, notably generics, was not disturbed.

While remaining part of the United Kingdom, Northern Ireland has stayed in the EU's single market for goods since Britain's departure from the EU, meaning its exports to the rest of the 27-nation bloc face no customs checks, tariffs or paperwork.

However, the result is an effective customs border in the Irish Sea, disturbing trade from the rest of the UK to Northern Ireland and angering the province's pro-British unionists.

Sefcovic told Reuters in an interview he believed the proposals "ticked all the boxes" by resolving problems and keeping open Northern Ireland's border with EU member Ireland.

"This new alternative implementation of the Protocol ... also takes care of the sausages," he said.

The EU ban on importing certain chilled meat products had led to talk of a "sausage war," but Sefcovic said Northern Irish people would have access to the sausages they preferred.

Sefcovic said the package should not be seen as a "take it or leave it" offer, but the foundation for joint agreement with Britain. However, there would be no next package if this was rejected.

The Commission says that, in return for concessions, the EU wants proper sharing of live data, reinforced monitoring of supply chains and labeling to ensure British products did not slip into the EU single market via a Northern Ireland back door.

The Commission will also set out plans to make greater efforts to explain its position to, and involve people in, Northern Ireland.

However, the executive Commission will not open up for renegotiation the Protocol, which governs Northern Ireland's unique trading position, leaving Brussels and London on a potential collision course.

'It takes two to tango'

Oliver Dowden, the co-chairman of Britain's ruling Conservative Party, said the British government would engage fully and constructively with the EU on the proposals, adding that the steps he had read about so far were "welcome."

"We will look at them and engage properly with them," he told Sky News, while also saying it was important there was "fundamental change" to the Protocol.

Ireland's Prime Minister Micheal Martin told the Newstalk radio station the EU had listened to legitimate concerns about the protocol and was in "solution mode" and the British government had a responsibility to be in that mode, too.

UK Brexit Minister David Frost said in a speech on Tuesday that London would be ready to discuss the proposals "whatever they say," but also demanded a new "forward-looking" protocol, one without oversight from European judges.

Sefcovic said oversight by the European Court of Justice was the price of access to the European single market, which Northern Ireland enjoys.