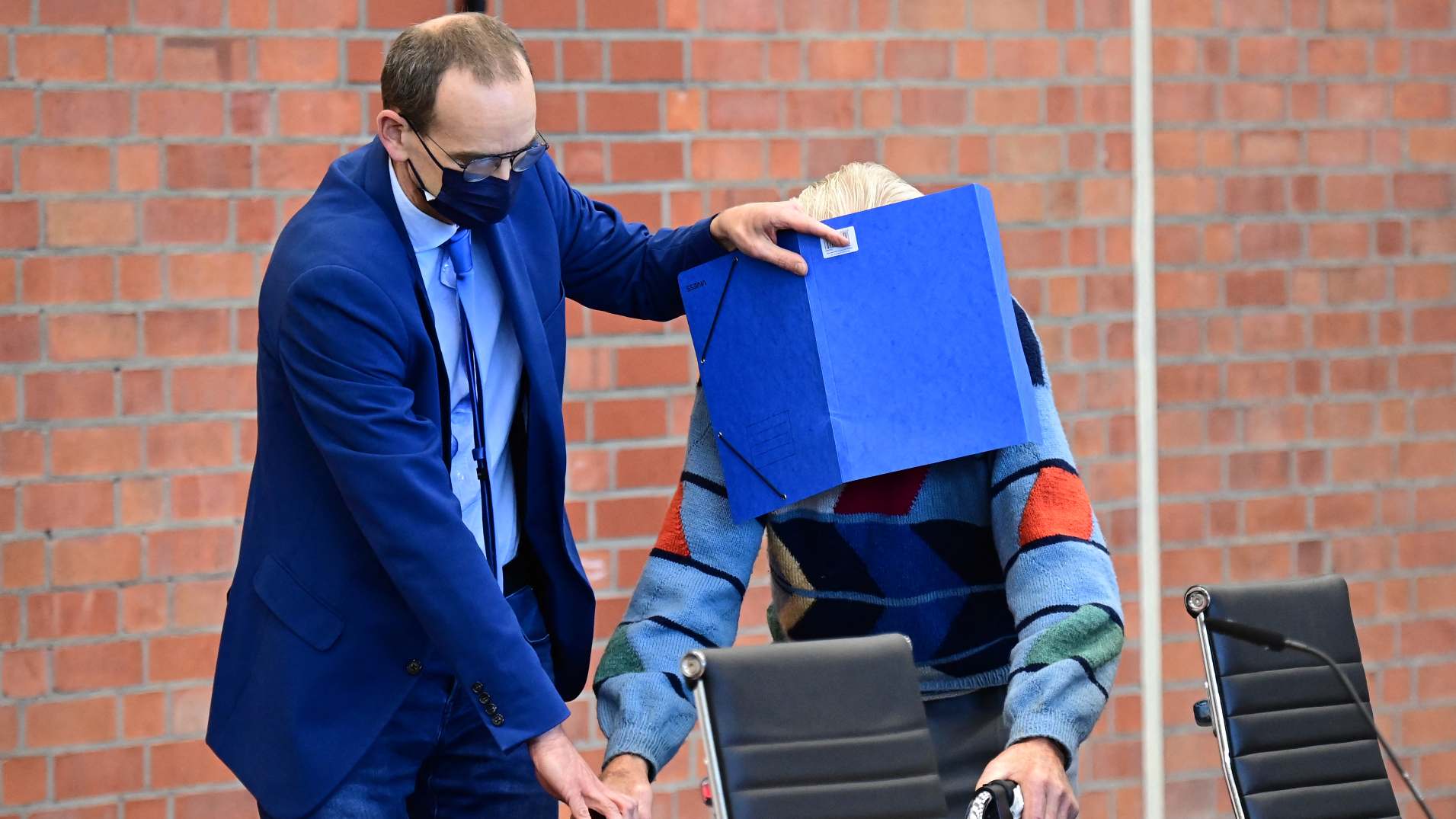 Josef S's lawyer holding a blue folder over the defendant's face as he arrived at his trial in northeastern Germany. /AFP/ Tobias Schwarz

Josef S's lawyer holding a blue folder over the defendant's face as he arrived at his trial in northeastern Germany. /AFP/ Tobias Schwarz

A former concentration camp guard is being charged with 3,518 counts of accessory to murder in Germany at 100-years old – making him the oldest person to be put on trial for Nazi-era crimes.

The allegations against Josef S include "knowingly and willingly" assisting in the murder of prisoners "using the poisonous gas Zyklon B" at the Sachsenhausen camp near Berlin and "execution by firing squad of Soviet prisoners of war in 1942."

Josef S's real name was not disclosed because of German reporting regulations. And, despite his age, German authorities said the defendant was fit to stand trial, with daily sessions limited to just two hours.

During the start of the trial on Thursday, his lawyer announced that Josef S "will not speak, but will only provide information about his personal situation" – to the disappointment of many in the room.

But despite this, a lawyer representing Holocaust survivors said he was still hopeful Josef S would choose to speak about his actions at the camp.

"A man is not made of stone, not a machine," Thomas Walther said. "Maybe he will still say something."

Survivors and family members of people killed at Sachsenhausen also attended the trial.

German prosecutors are racing to bring the remaining Nazis to justice before they die and they have started to charge lower-ranking staff at the camps.

Last week, a woman who was a secretary at a death camp ran away before her trial began. Though German authorities quickly caught the 96-year-old and her trial is scheduled to resume on October 19.