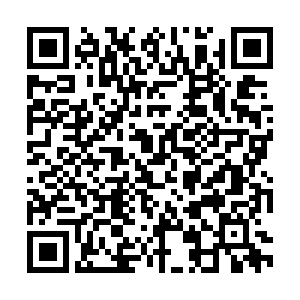 COVID-19 restrictions have been tough for musicians whose livelihoods suffered as theaters, concert halls and other venues remained closed during lockdown.

One London orchestra has risen to the challenge and cut its costs by moving into a state secondary school where it practices and works on music and other projects with pupils.

The Orchestra of the Age of Enlightenment, the OAE, is one of the UK's leading period instrument ensembles. It used to be based at the prestigious Kings Place concert venue.

But last year, during the pandemic, it moved its residency into the Acland Burghley Comprehensive School in North London. 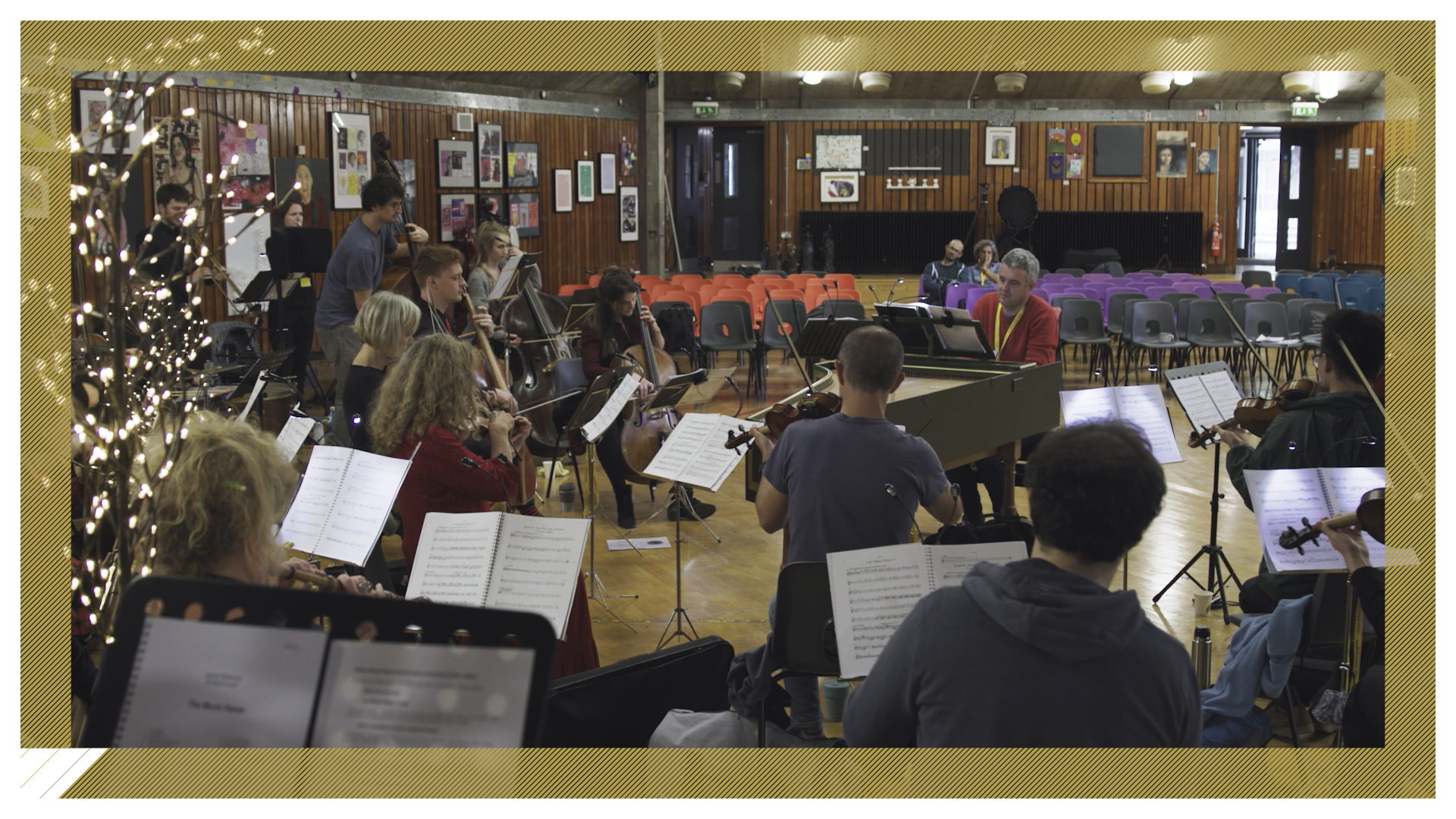 The OAE has taken over a former classroom for its office. Part of the attraction was the assembly hall which has excellent acoustics - between the twice-daily school assemblies the orchestra uses the hall for rehearsals.

Some musicians may have been nervous about the move, but viola player Marina Ascherson now sees the benefits of being based in a school.

"I think there's a real input of energy from the students here and that feeds into our rehearsing and our music-making when we are here particularly," she said during a break in rehearsals, adding that she thought their music had actually improved by being in the school.

Some students, like 15-year-old Michael Cheetham, were also skeptical at the beginning.

"At first I was a bit confused about why there was an orchestra at a secondary school. But having an orchestra on base that can provide support, physically, by playing music for us or financially by providing equipment for us to perform or show off our talents at Burghley has been a really, really nice thing to have."

A first in Britain

The only other known example of a similar project was in Germany, where an orchestra there moved into a school in a deprived area of Bremen in 2015. The results were described as transformational for both the musicians and the students.

The OAE's chief executive, Crispin Woodhead sees the orchestra's move as a win-win for both the school and the musicians.

"What we want people to see is that if you are an orchestra that had that prestigious building of glass and steel, if you move to a north London comprehensive school it's better for you financially, you have more fun, you get to do brilliant projects with musicians, you get to meet lots of exciting young people. So, its win, win, win and it's better for the school," Woodhead said.

The move also provides an extra income for the school and headteacher Nicholas John believes it has also helped boost creativity.

"There's so much in it for the school. It has already brought a huge electric pulse through our work. They are working in workshops with all our children, there is universal entitlement. We are seeing their influence all the way through the curriculum," John explained. 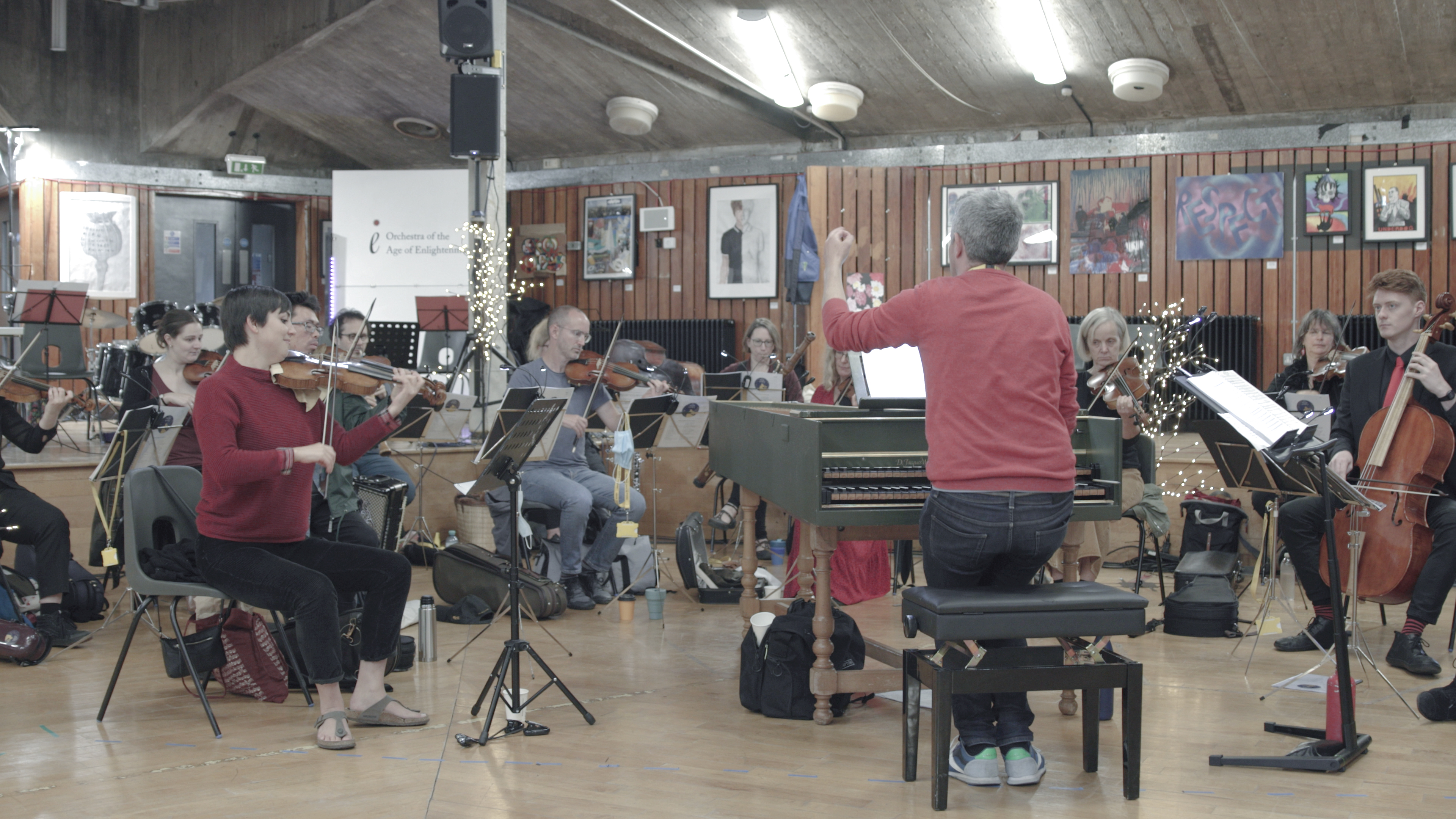 The day I visited the school the OAE members were rehearsing for their first major performance combining the orchestra with school musicians and dancers for a performance of the children's opera, The Moon Hares. Part of the assembly hall had been cleared to give the dancers room to perform, with the school musicians on the raised platform behind.

The OAE has a long history of bringing educational projects to schools, including combining mainstream and students with additional needs in inclusive ensembles.

Joining the project at Acland Burghley was 15-year-old Alice O'Connor: "I feel like it cheers me up when I'm feeling a bit down, playing with the instruments really cheer me up."

These are challenging times for the arts and it isn't just COVID-19 which is causing problems. The UK government, in a bid to boost business and science subjects, has announced that it is cutting funding by half for arts courses.

The Orchestra of the Age of Enlightenment hopes that its school move may inspire others to follow suit and help keep the future of music and the arts alive.