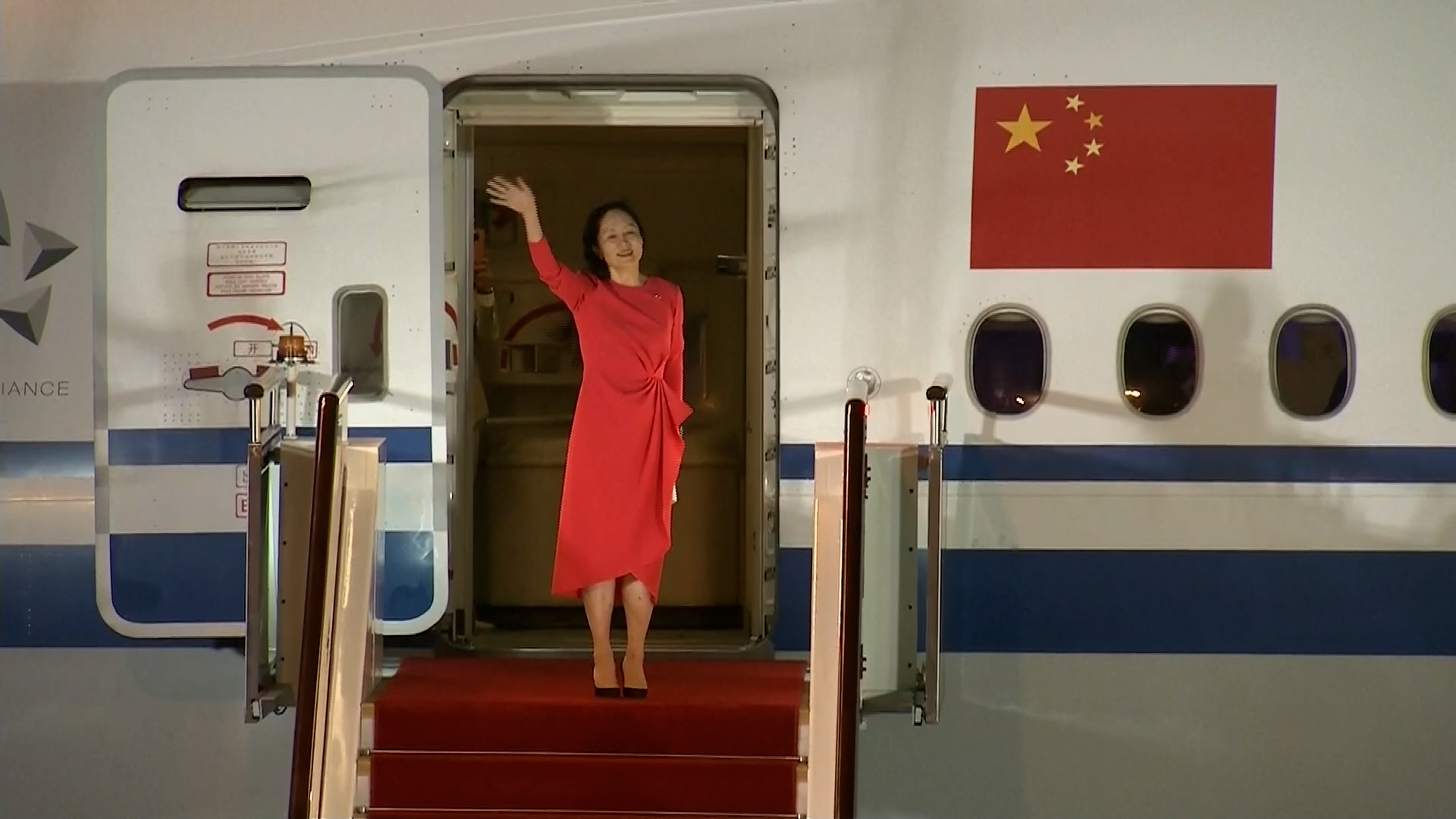 Meng Wanzhou received a hero's welcome on her return to China, after fighting extradition to the U.S. for almost three years.  Huawei's Chief Financial Officer and daughter of the company's founder was finally released and allowed to return home.

“Finally I came back home.” Ms. Meng told the cheering, flag waving crowd of well-wishers at China's Shenzhen airport as she stepped down from the chartered Air China flight from Vancouver

“After suffering for more than 1,000 days, I'm finally back to my motherland. The long wait overseas was full of struggles. But after I stepped down from the aeroplane, I can feel the exciting warmth of my homeland.” She added.

Meng Wanzhou was detained at Vancouver airport in December 2018 after a warrant was issued by the United States for a range of charges, linked to alleged breaches of sanctions against Iran.

It became a major international incident, souring relations between China, Canada and the U.S.

She was held under house arrest at her house in Vancouver, allowed out during the day wearing an electronic ankle tag.

The global telecoms giant Huawei has been the subject of a US trade embargo on national security grounds. Several other countries including Britain and Australia have followed suit. China claims the ban is really about fear of its technological advances and trade advantages.

Meng Wanzhou's release was confirmed during a court appearance on Friday.

It started with a video link to a U.S. court where she pleaded not guilty but agreed that she had made false statements regarding a fraud case.

With the extradition request dropped, a Canadian judge then ruled that she was free to return to China.

There were emotional scenes outside the courthouse, where Ms. Meng thanked everyone who had supported her, then spoke of its impact it had had on her life.

“Over the past three years, my life has been turned upside down. It was a disruptive time for me. As a mother, a wife and  company executive. But I believe every cloud has a silver lining. It really was an invaluable experience in my life,” she said.

Her Canadian lawyer, Richard Kurland, said it had been a politically motivated case all along.

"The Americans never should have started this case in the first place. President Trump used Miss Meng as a trade pawn in negotiations with China wrongfully.” Mr. Kurland said outside the court.

In a simultaneous move, two Canadians who had been arrested on spying charges around the same time were also set free and allowed to return home.

Under the terms of Meng Wanzhou's release, she has until the end of next year to meet the conditions set by the court, at which point the US will drop the threat of prosecution altogether.

The hope now is that tensions could finally start to ease between China, the US and Canada.