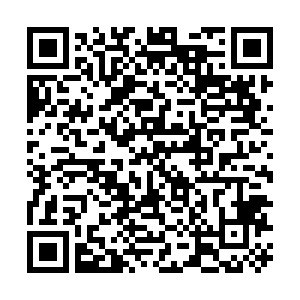 Wang Yi met with the UN's Mohamed Shahid as China celebrates the 50th anniversary of its seat on General Assembly. /Kith Serey/AP

Wang Yi met with the UN's Mohamed Shahid as China celebrates the 50th anniversary of its seat on General Assembly. /Kith Serey/AP

China's Foreign Minister Wang Yi has told the United Nations that ensuring equitable distribution of vaccines, adhering to the Paris Agreement on climate change and tackling poverty are the country's top priorities.

In a statement released by China's Ministry of Foreign affairs following a meeting with Mohamed Shahid, president of the UN General Assembly, Wang called on the member countries and regions to play a more active role in "the building of a community with a shared future for mankind," especially for smaller and poorer nations.

As China and the U.S. both pledged this week to donate funds and vaccines to assist those countries that have struggled to purchase enough doses to inoculate their populations, Wang told the UN: "China will play a bigger role in promoting international cooperation against COVID-19 and promoting equitable vaccine distribution."

WHO: Air pollution deadlier than thought

Dolphin cull to be reviewed after outcry

He also warned against politicizing the origins of the virus and said China would strongly oppose any attempts to do so.

The second point he made to Shahid was that the UN should be a united front on climate change, urging countries to respect the Paris Agreement and find common ground to share the responsibility of tackling this global crisis.

Wang went on to remind Shahid that although China has been successful in tackling poverty in recent decades, it should still hold a "prominent position" in global macro-economic thinking.

"China expects more countries to support and join the Global Development Initiative and inject new impetus into the implementation of the 2030 Agenda for Sustainable Development," said Wang.