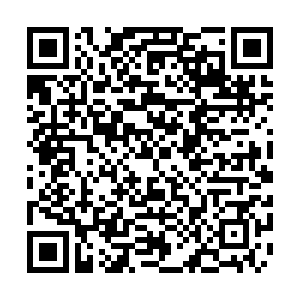 Hong Kong's new electoral system, implemented in a vote for the first time this week, has improved representation from different sectors of society, members of the election committee have said.

Following criticism of the setup from Western politicians and media, election committee members who are responsible for selecting a majority of Hong Kong's lawmakers and its chief executive, spoke at the invitation of Beijing in an online event on the sidelines of the United Nations Human Rights Council.

In April, then UK Foreign Secretary Dominic Raab said the changes to restrict election opportunities for "patriots" only were a breach of agreements reached when Britain returned the territory to China in 1997. Beijing dismissed the claims, saying the reforms were in the interests of the people and in keeping with the "One Country, Two Systems" approach.

Nixie Lam, a newly elected politician, said the new rules had been misconstrued.

"Opposition seatings are never guaranteed in any political playbook and there is definitely no room for traitors in any system," she said.

Her comments were echoed by Dominic Lee, Central Committee Member, New People's Party of Hong Kong, also a newly elected member. Lee said he believed the "new electoral system, if anything, is more democratic than the previous one, and not less."

"For example, this year, we have a new subsector called the grass roots association, from which I was elected. This subsector has ensured that voices from the poor are now being heard by our policy makers and people in governance," he said.

In order to enhance representation of less-well off citizens, the influence of the business sector had been reduced, he noted.

The changes were introduced after widespread protests paralyzed much of Hong Kong in 2019. Hong Kong's Chief Executive Carrie Lam said the reforms, alongside other measures, would help improve the economy and ensure the safety of residents.

Hong Kong security chief Chris Tang said today that since the implementation of the National Security Law, Hong Kong has resumed the path of growth and prosperity. Tang said the city has recorded a 5 percent drop in the total number of crimes in the first half of 2021.

"Crimes including arson, wounding and serious assault, as well as criminal damage, have registered considerable drops, ranging from 10 percent to 40 percent. In fact, Hong Kong has resumed top positions in indexes concerning law and order, indicating that Hong Kong remains one of the safest cities in the world," he said.

In addition, the city's gross domestic product (GDP) in the first half of 2021 increased by 7.8 percent year-on-year, Tang said.

'Settle our own problems'

In response to the announcement of the National Security Law last year, the British government offered a route to seek UK citizenship to hundreds of thousands of Hong Kong residents, a move Beijing condemned as interference in Chinese domestic affairs.

Hong Kong lawmaker Priscilla Leung Mei Fun, said in the online session that the Chinese mainland has opened up plenty more of opportunities for the Hong Kong people under the 14th Five Year Plan including land development, science and technology, business initiatives and stock markets.

"Hong Kong is now undergoing a transition from painful social rift to fast economic development. I hope the international community will give time to Hong Kong to settle our own problems." Leung said.