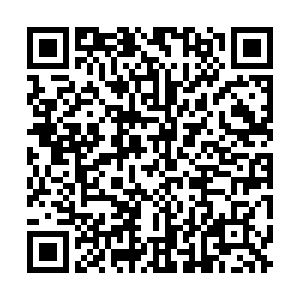 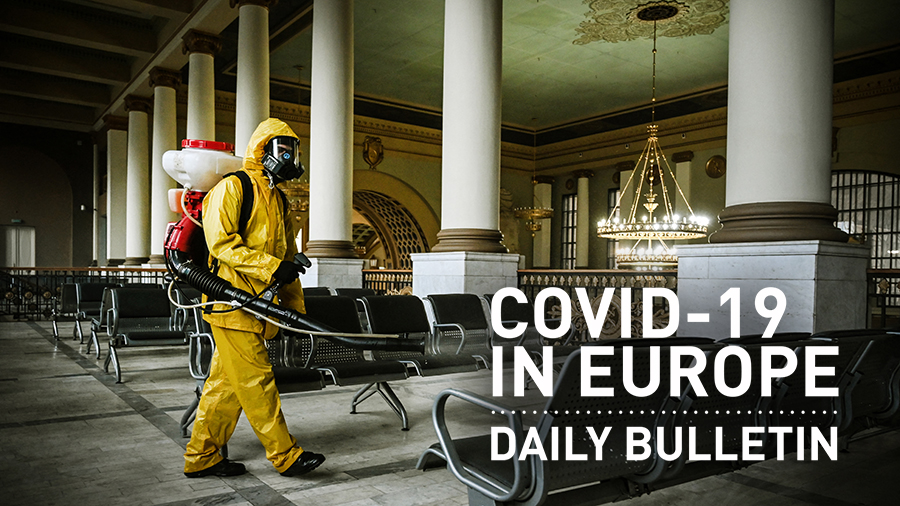 • England's new travel rules have sparked outrage in those countries where vaccinations haven't been recognized. Under the new rules, people who have received two doses of an AstraZeneca, Moderna, Janssen or Pfizer vaccine in the U.S., Australia, New Zealand, South Korea and the EU are considered fully vaccinated and exempt from quarantine, while those who have had two doses of the same vaccines in Latin America, Africa and other countries including India are considered "not fully vaccinated" and forced to quarantine for 10 days upon arrival in the UK. Diplomats in Latin America, West Africa and India have described the rules as "discriminatory" and "offensive."

• Germany will stop paying salary subsidies for unvaccinated workers forced to quarantine after having been in contact with someone who has tested positive or after returning from a high-risk country. The government hopes this move will boost the vaccination campaign, which has so far administered at least one dose of a vaccine to 67 percent of the population.

• Italy has pledged to donate 45 million vaccine doses to other countries by the end of the year – three times its original pledge. "Nearly half of these have already been delivered and today I am glad to announce that we will triple our efforts. We will donate another 30 million additional doses by the end of the year to reach 45 million," announced Prime Minister Mario Draghi during a virtual global COVID-19 summit.

• French government spokesman Gabriel Attal said there is no plan at this stage to relax the mandatory health pass rules in the country, despite telling reporters after a cabinet meeting the COVID-19 situation is improving in the country.

• Ukraine is set to make vaccination mandatory for certain professions, including teachers and state employees, as the number of new infections surges in the country.

• The transmission rate in England is highest among children aged 12 to 15 compared to all age groups, England's Chief Medical Officer Chris Whitty told Parliament on Wednesday.

• AstraZeneca has announced a collaboration with VaxEquity, a start-up founded by a scientist from Imperial College London, to develop and sell drugs that will amplify RNA technology for diseases other than COVID-19.

• The UK has announced a "vaccine swap" with the Republic of Korea, through which Britain will send more than 1 million Pfizer doses to ROK in the coming weeks, helping the country to reach its target to vaccinate 70 percent of the population by the end of October, and ROK will return the same volume of doses to the UK by the end of this year.

• The World Health Organization announced that the number of global new cases has dropped in the past week, from 4 million to 3.6 million.

• The U.S. will purchase from Pfizer 500 million doses of its vaccine to donate to other countries, as announced by President Joe Biden on Wednesday. "We're not going to solve this crisis with half measures or middle-of-the-road ambitions – we need to go big," Biden told a virtual summit organized with the UN. "It's an all-hands-on-deck crisis."

• Billie Eilish, BTS and Elton John are among several pop stars who agreed to take part in the Global Citizen Live concert on Saturday, a round-the-world event to raise awareness on climate change, vaccine equality and famine. Performances will be staged in New York, Paris, Lagos, Rio, Sydney, Mumbai and more will be broadcast globally.

• Crowds will not be allowed to attend the lighting of the Olympic flame for the 2022 Olympic and Paralympic Winter Games at a traditional ceremony at Ancient Olympia on October 18. "Due to the situation created by the COVID-19 pandemic, the lighting ceremony will be held in strict compliance with local health protocols. The Olympic Torch Relay on Greek territory will have a shorter duration than the recent past," the Olympics committee said.

• The Food and Drug Administration in the U.S. authorized Americans aged over 65 who have received the Pfizer vaccine to get a booster jab at least six months after the last injection. 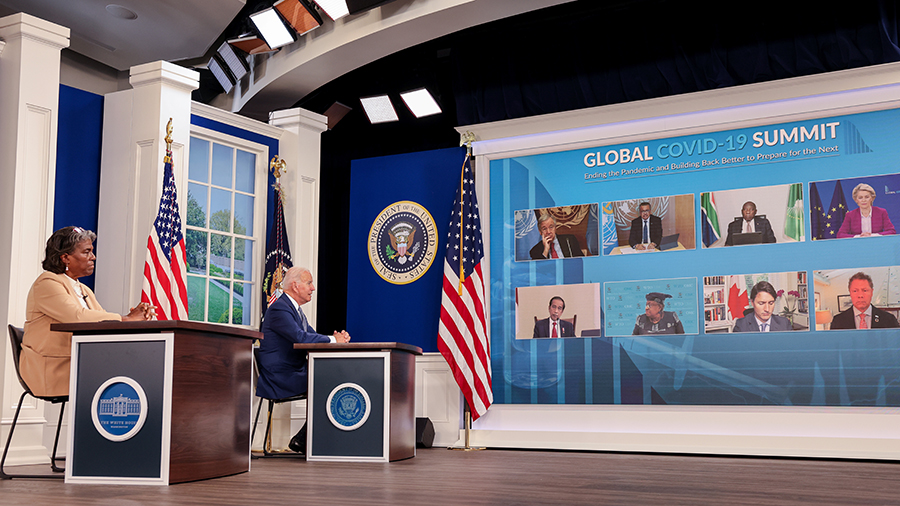