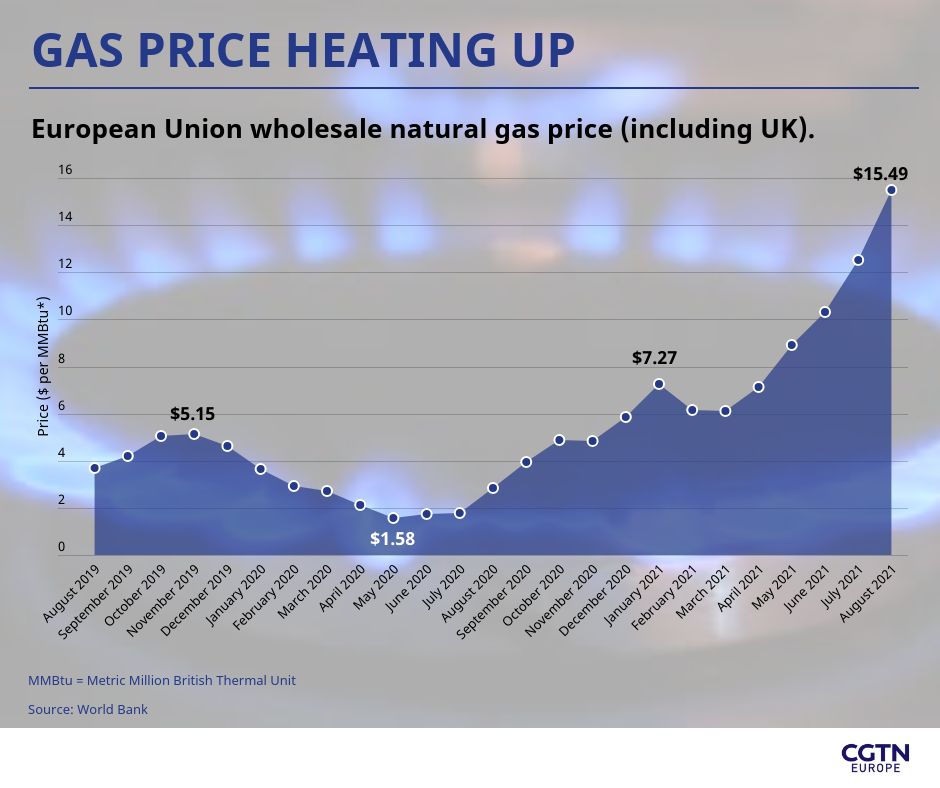 Like any country in the modern world, the UK cannot function without access to energy. That makes the companies that provide it to individuals and businesses absolutely critical. At the start of 2021, there were more than 50 of them nationally. The British government is this week being warned that by the end of the year, there may be fewer than 10 left standing.

A surge in global gas prices in recent months means smaller providers will struggle to suck up the extra costs of buying wholesale in a market where the UK regulator, OfGem, enforces a cap on consumer prices. In other words, that extra expense cannot be fully offset by passing it on to consumers.

A plan may be emerging during crisis talks between the government, regulators and energy companies that could see many of them collapse as a result. However Britain's government has made clear it will not bail out failing energy companies.

Business Secretary Kwasi Kwarteng told lawmakers in parliament: "The government will not be bailing out failed companies, there will be no rewards for failure or mismanagement, the taxpayer should not be expected to prop up companies that have poor business models."

To prevent company failures causing the lights to go out up and down the country, the Financial Times is reporting that emergency loans would be offered to larger energy companies that survive, to persuade them to take on otherwise unprofitable customers from those failing providers. Without the promise of state support, where would the incentive be for them to do so?

That is one part of the equation aimed at averting a serious economic crisis.

The other is a shortage of carbon dioxide essential for the production and distribution of, among other things, food, drink and steel. CO2 is sold by major fertilizer producers, which also rely heavily on natural gas in their production processes.

Some have halted operations in the UK on account of high gas prices, meaning both fertilizer and CO2 stocks are running low. The solution may again be more government spending – this time in the form of emergency subsidies, to persuade fertilizer manufacturers to restart production.

It is the kind of extra expenditure the state could do without, having already spent unprecedented sums to support businesses and individuals during the pandemic.

Getting the economy to stand on its own two feet again has become perhaps the main priority for policymakers in recent months, with the end of most domestic coronavirus restrictions in July and more recently an easing of rules for international travel. A major government support scheme for businesses is due to wind down at the end of September.

The hope appears to be that the current shortage will be short-lived and therefore not too taxing on the public purse in the long term. Arriving in New York for a meeting of the United Nations General Assembly, UK Prime Minister Boris Johnson said immediate action was needed to prevent businesses going bust. "But this will get better as the market starts to sort itself out as the world economy gets back on its feet," Johnson added.

For now, consumers have been spared. The government and companies will absorb the costs. The longer this drags on, the more the pressure will build to pass on some of these higher prices in the form of higher gas bills.