Download
The world's tallest nation is getting shorter
CGTN It's not clear exactly why the population is getting shorter. /People's Vision

It's not clear exactly why the population is getting shorter. /People's Vision

People living in the Netherlands, who measure up as the tallest in the world, are shorter than previous generations, a study has shown.

After the population gained height for decades as living standards and diet improved, researchers found that men born in 2001, at 182.9cm, were a centimetre shorter, on average, than those born in 1980. Women were 1.4cm shorter, at 169.3cm.

The study, conducted in coordination with several public bodies, was based on more than 700,000 individuals who self-reported their height aged 19.

While immigration was cited as one reason for the drop, with families of those moving from abroad generally shorter than Dutch natives, those with no history of immigration were also shorter than their peers were 20 years earlier. Changing diets are considered to be a possible factor.

The Dutch nevertheless remain the tallest people in the world. 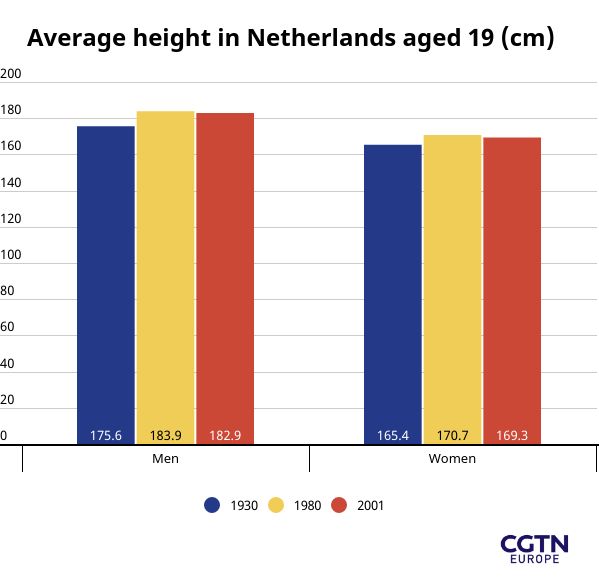