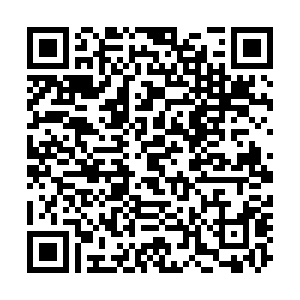 A child sits on the floor at Fiumicino Airport, as Afghan evacuees arrive in Italy from Kabul. /Reuters/Guglielmo Mangiapane

A child sits on the floor at Fiumicino Airport, as Afghan evacuees arrive in Italy from Kabul. /Reuters/Guglielmo Mangiapane

Afghans seeking to escape the Taliban and relocate to the UK have had their details accidentally revealed by the British government.

Earlier this month, the UK, the U.S. and other NATO members scrambled to evacuate their citizens and those who had worked for them after the Taliban gained control of Afghanistan.

UK Defense Secretary Ben Wallace said an email from Britain's Afghan Relocations Assistance Policy – the scheme used to help interpreters and others who had worked for Britain – had compromised more than 250 recipients by including all recipients' email addresses on them, rather than blind-copying the email addresses so recipients could not see who else had been sent the note.

Wallace said he was sorry and launched an investigation.

"I apologize to those Afghans affected by this data breach and with whom we are now working ... to provide security advice," Wallace told parliament.

Lawmakers responded to Wallace by saying the breach had put the lives of those exposed at risk.

The Labour Party's John Healey, the shadow defense secretary, said: "We told these Afghans interpreters we would keep them safe, instead this breach has needlessly put lives at risk."

The minister said those exposed should change their email address, while intelligence agencies were assessing risks to their safety.

Britain said during its exit from Afghanistan that not everyone eligible for relocation would be successfully evacuated in time and has since committed to helping those left behind to leave.

While more than 17,000 people were rescued by the UK, Wallace said that of those cleared for relocation in the initial evacuation operation, 260 people and their families – a total of 1,232 people – were still in Afghanistan.

According to reports in the UK press, just one of the team of 125 British embassy guards, who were promised help to leave Afghanistan by the Foreign Office, had made it to the UK during the initial evacuation.