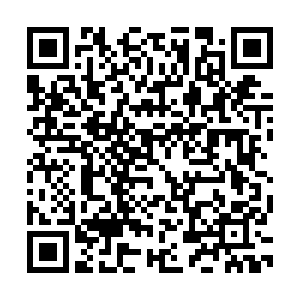 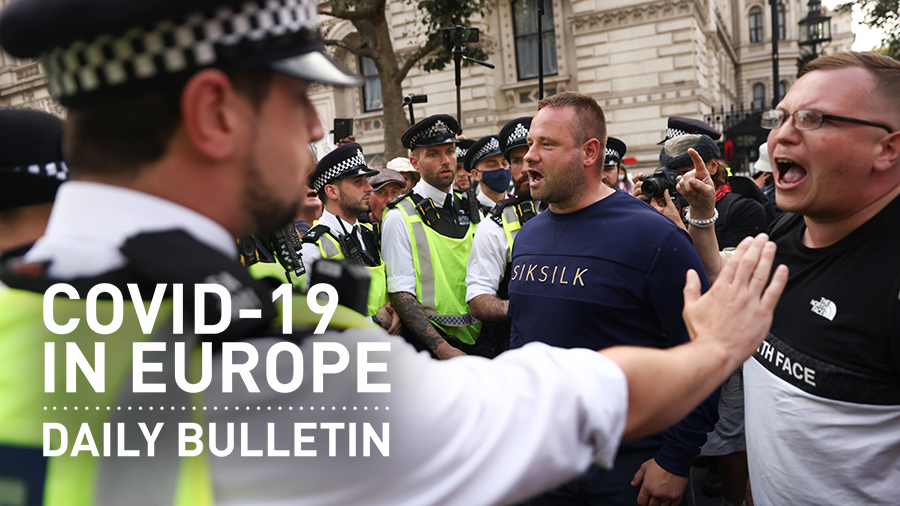 Demonstrators react in front of police officers during a demonstration against vaccinations in London. /Reuters/Tom Nicholson

Demonstrators react in front of police officers during a demonstration against vaccinations in London. /Reuters/Tom Nicholson

• Police dispersed 'anti-vaccine passport' protesters in London after red paint bombs were thrown at the gates of Downing Street, where the Prime Minister resides. The Metropolitan Police later stated two people had been arrested for affray.

• For the tenth consecutive weekend, over 120,000 people across France protested against the mandatory health pass required for entry to public venues and, in some cases, people's places of work. Meanwhile, 50 million people have received at least one dose of a vaccine in France.

• Demonstrations against the national vaccination campaign were held in Zagreb, with thousands joining the "Freedom Festival 2.0" against measures adopted by the Croatian authorities in order to curb the spread of COVID-19.

• Around 25,000 people joined a massive outdoor party at the Complutense University in Madrid without observing safety precautions, said police. Spanish authorities admitted to being caught off guard by the size of the event and were unable to disperse participants.

• Travel bookings in the UK went up 200 percent for the month of October compared to August, following the government's change to testing requirements for holidaymakers.

• The United Nations will meet in person in New York next week to talk about the pandemic and the climate challenges, despite attempts from the U.S. to dissuade world leaders from traveling to the meeting because of fears it might turn into a super-spreader event. Some 100 presidents, prime ministers and foreign ministers will attend the event.

• On Wednesday, U.S. President Joe Biden will host a virtual meeting on the pandemic, with the goal of "expanding and enhancing our shared efforts to defeat COVID-19" and trying to "align on a common vision."

• A panel of leading U.S. medical experts advising the government voted in favor of authorizing boosters of Pfizer for everyone aged 65 and above, as well as people at high risk of developing severe COVID-19. The same panel, however, voted against approving third vaccine doses to anyone aged 16 and above.

• Six lions and three tigers tested positive for COVID-19 at a zoo in Washington, U.S. They're currently being treated with anti-inflammatories and antibiotics for pneumonia.

• The Australian government has announced that Melbourne will exit lockdown in late October if vaccine targets are met and 70 percent of the adult population is vaccinated.

• This year's Emmys, celebrating the best of television, will take place in person in Los Angeles on Sunday, unlike last year's ceremony that was a virtual event. The ceremony will be held outdoors with a limited audience. 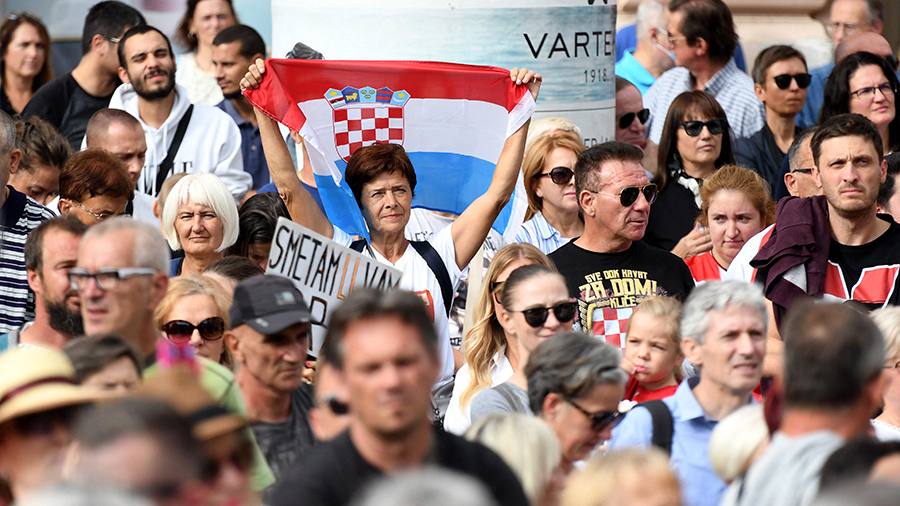 Demonstrators hold placards and Croatian national flags, as they gather in Zagreb for the "Freedom Festival 2.0". /DENIS LOVROVIC/AFP

Demonstrators hold placards and Croatian national flags, as they gather in Zagreb for the "Freedom Festival 2.0". /DENIS LOVROVIC/AFP

Spanish students held the biggest illegal party since the start of pandemic on Friday night in Madrid, when around 25,000 people joined an outdoor event, known as a botellon, at the Complutense University.

The 'macro-botellon' caught Spanish police off guard and unprepared to disperse such a crowd. Madrid's Municipal Police said they were unable to clear the party-goers until 7 a.m. local time on Saturday.

Thousands were not wearing masks or maintaining social distancing.

Madrid's regional government will relax COVID-19 restrictions from Monday, allowing bars and clubs to stay open until 6 a.m., compared to the previous mandatory 2 a.m. closing time, but people will still be required to wear masks indoors and maintain a distance of 1.5 meters.

Mass drinking parties like the one that took place in Madrid are still considered illegal and punishable with fines between $586.25 (€500) for minors and $703.50 (€600) for adults taking part in them.

Other illegal drinking parties were reported on the same night in Barcelona and the northern Spanish city of Logrono.