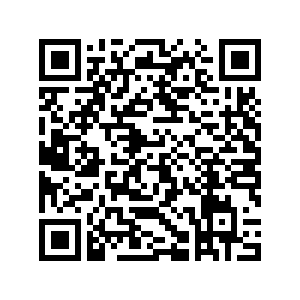 The UK government has announced major changes to its rules for international travel from October 4, opening up more destinations and relaxing testing requirements.

The traffic light system for travel has been simplified, with countries either on a red list, or free of restrictions. The amber list grouping has been scrapped.

Unvaccinated people arriving from amber destinations previously needed to quarantine at home for up to 10 days.

Another key change is that PCR tests will no longer be required for those entering the UK from non-red list countries who have been double-jabbed.

The PCR tests cost around $100 on average and were required on day two after arriving in the country.  From October 4 they will be replaced with a simpler and cheaper lateral flow test, which many experts say are less accurate.

The changes will apply to England initially, with Scotland, Wales and Northern Ireland setting their own rules on travel and tackling COVID-19.

Before the announcement, there were 62 countries on the red list, which represents the highest level of restrictions. But eight countries have now been moved off it – Turkey, Pakistan, the Maldives, Egypt, Sri Lanka, Oman, Bangladesh and Kenya.

Those coming from countries still on the UK's red list have to go into a government-approved hotel quarantine for up to 11 nights, at a personal cost of $3,150.

Countries classified as red still include popular holiday destinations such as Brazil, South Africa and Thailand.

Friday's changes mean many locations now moving to the green list, where trips are permitted.

Businesses in the travel and tourism sector have breathed a sigh of relief at the latest news, but say much more help is needed.

The industry has been battered by the pandemic. In July, the World Travel and Tourism Council told CGTN Europe that 62 million jobs were lost in the sector last year, with more still at risk.

In a further blow to the UK, London's Heathrow Airport has fallen from Europe's busiest before the pandemic to 10th place, as passenger numbers remain subdued.

August was the busiest month for Heathrow since the COVID-19 pandemic swept across the world last year, with 2.2 million travelers passing through it. But those numbers are still down around 70 percent on 2019 levels.

Heathrow CEO John Holland-Kaye said that without bolder action from the government, the country "will fall further behind [European rivals] as trade and tourists will increasingly bypass the UK."

Amsterdam's Schiphol was the busiest airport on the continent last month, with 33,590 flights handled there, according to data on its website.

A spokesperson for the UK Department for Transport previously said the UK's policies are "guided by one overwhelming priority – public health."