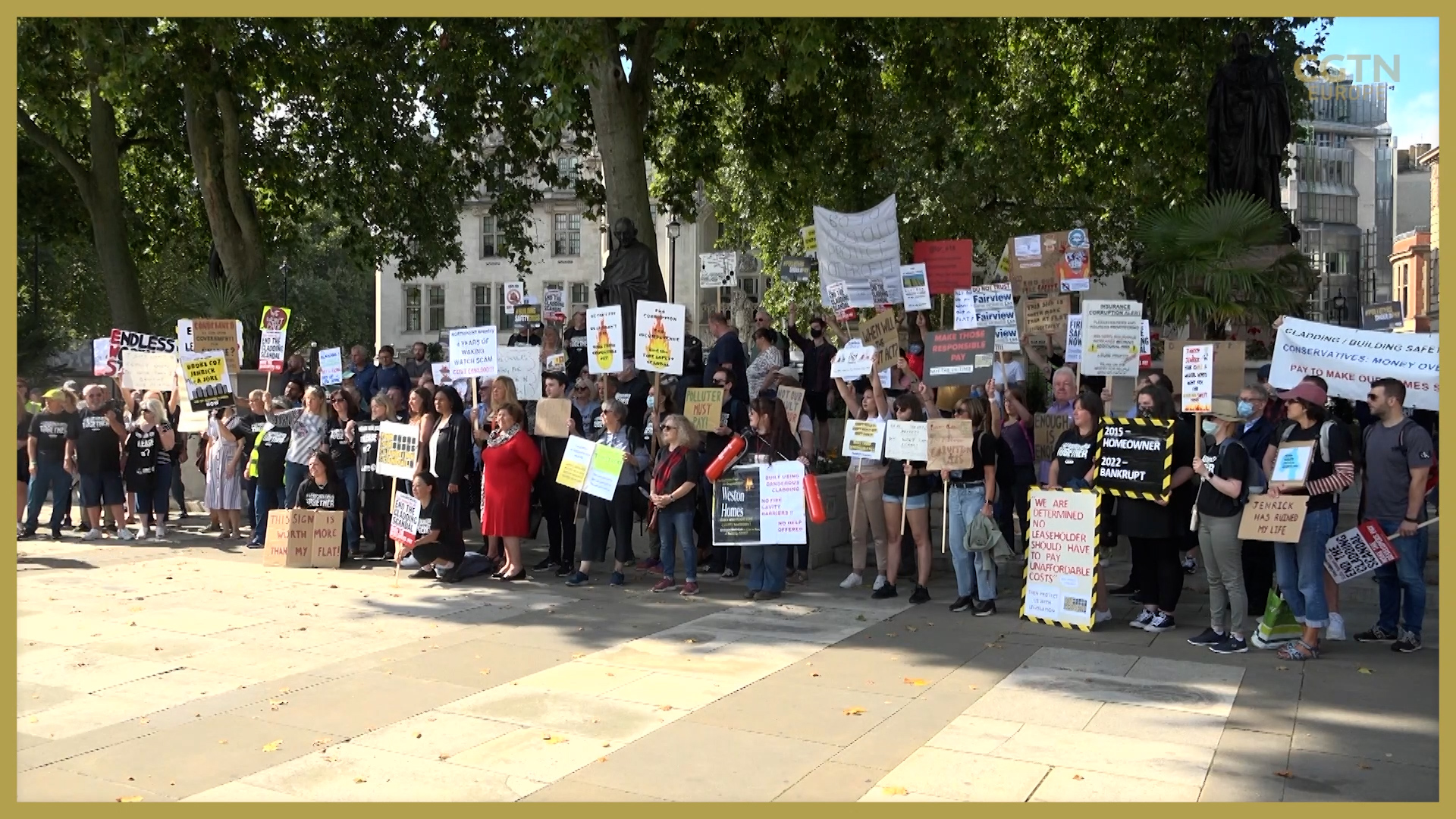 Hundreds of protesters in the UK have gathered outside the Houses of Parliament in their fight to remove potentially deadly cladding from their homes.

Leaseholders caught up in what has become known colloquially as the "cladding scandal" want more help from the UK government to help fix the problem.

Making her building safe will cost almost $19.2 million, which works out at around $55,000 per household. It's money that Shalloo insists neither she nor her neighbors have.

"I call it a constant, sort of low-level hum of anxiety, because we're worried about our safety, our finances, and our future," she said. "We can't move on with our lives until this is resolved."

In June 2017, 72 people died when a small electrical fire spread to the external cladding of Grenfell Tower in London and quickly consumed the building.

Inspections in the aftermath of the tragedy found that hundreds of buildings across the UK were clad in flammable material.

Steph Pike bought her flat in Bristol, in southwest England, a few months after the Grenfell tragedy. Professional surveys reassured her that the building wasn't one of those affected.

In 2019, she discovered some of the cladding was flammable. Then last year, flammable insulation and a lack of other fire safety measures were found in her building.

"There are so many different people who are responsible," said Pike.

"Whether it's the builders, or the government failing to regulate properly, or the manufacturers of these products who knew they were flammable, or the building control for signing off a building and not checking it was compliant. It seems all these parties have been negligent in some way, but all of the cost has been shifted to the innocent leaseholders."

Pike and her neighbors are waiting to find out if they will qualify for some of the $6.9 billion the UK government has promised to spend on the problem.

Changes to some fire safety rules for smaller buildings should mean mortgage companies are willing to lend to those wanting to buy flats in them. However, those living in potentially dangerous homes want more money and more action to help end their ongoing nightmare.