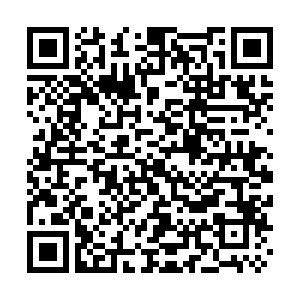 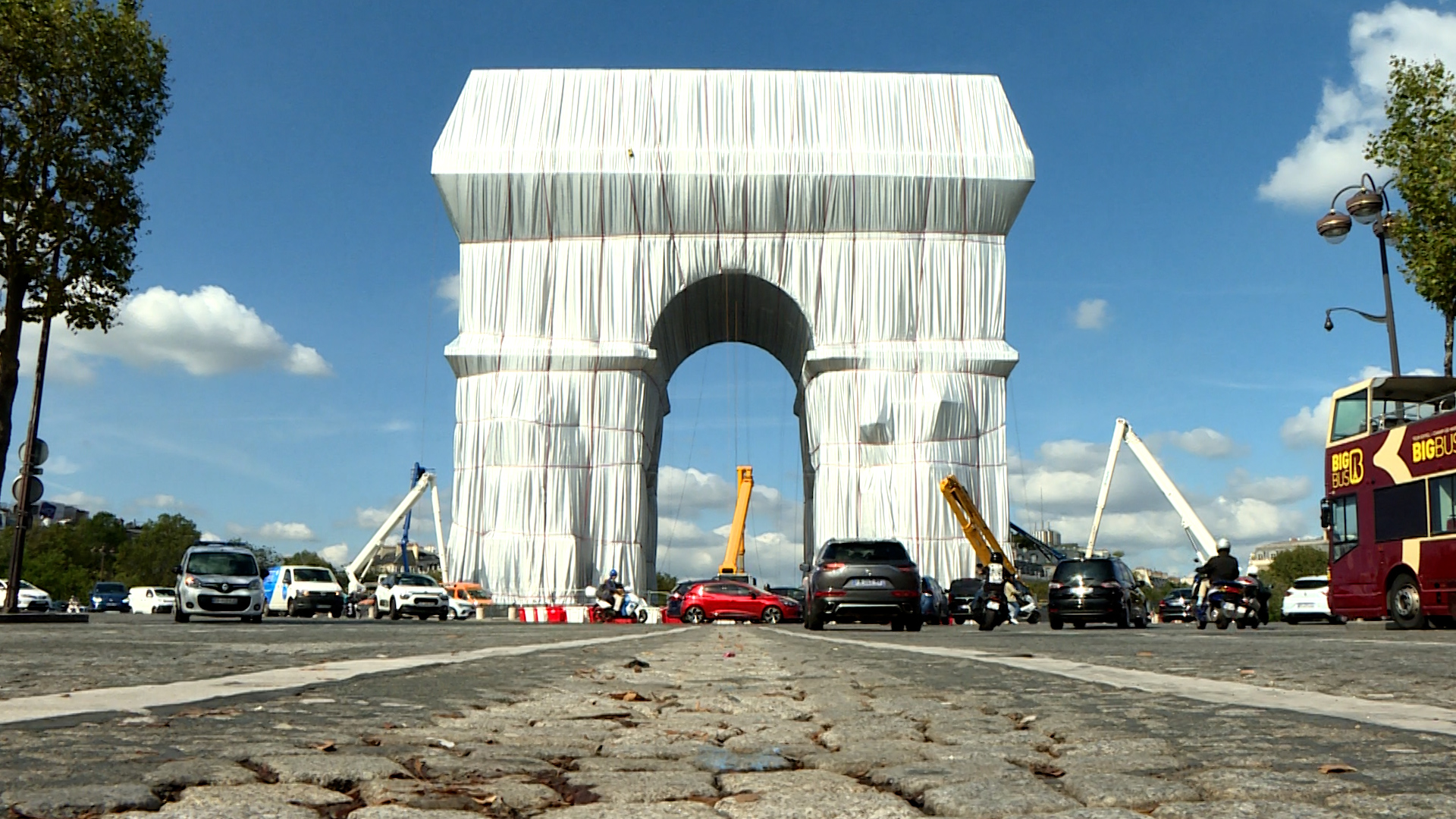 A new art installation is open in, around, and all over the Arc de Triomphe in Paris.

The famous monument has been wrapped in recyclable fabric as part of a grand project by the late artist duo, Christo and Jeanne-Claude.

'Wrapped' is the first posthumous creation from the husband-and-wife team since Christo's death last year.

Jeanne-Claude passed away in 2009.

The Arc de Triomphe is one of the world's most recognizable buildings but both Parisians and tourists will never have seen it like this, with 25,000 square meters of fabric held in place with 3km of rope. 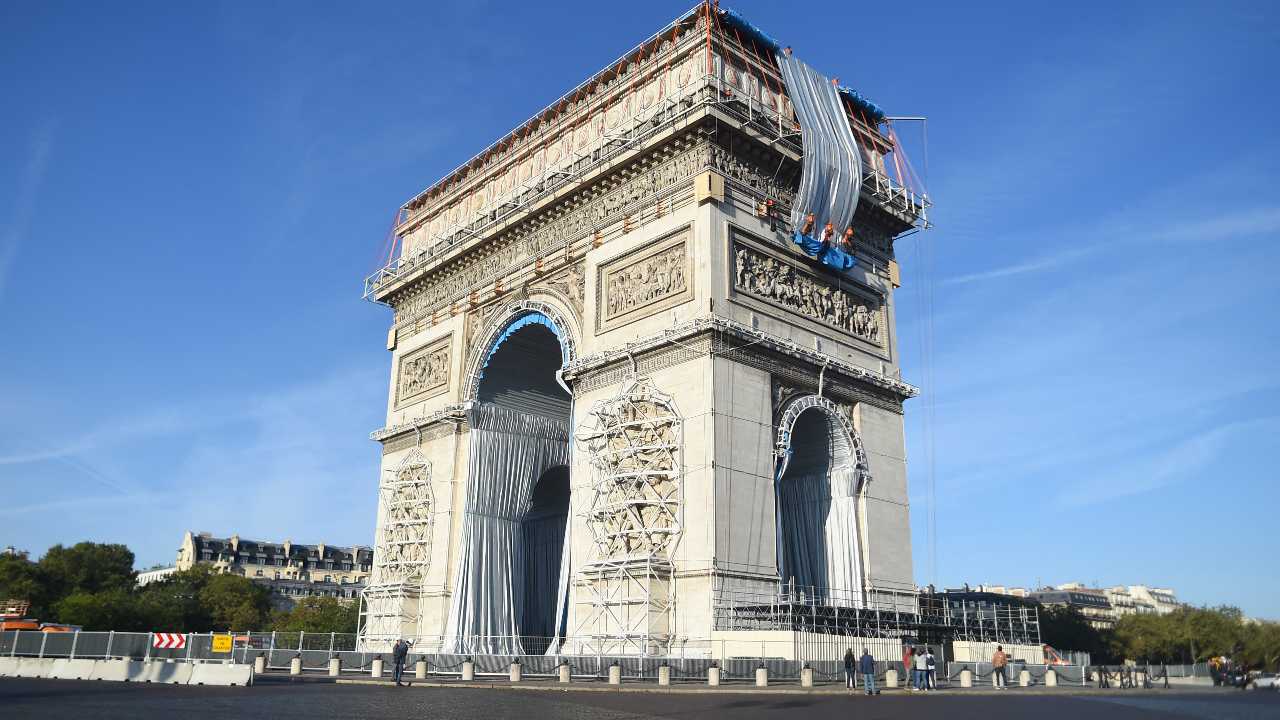 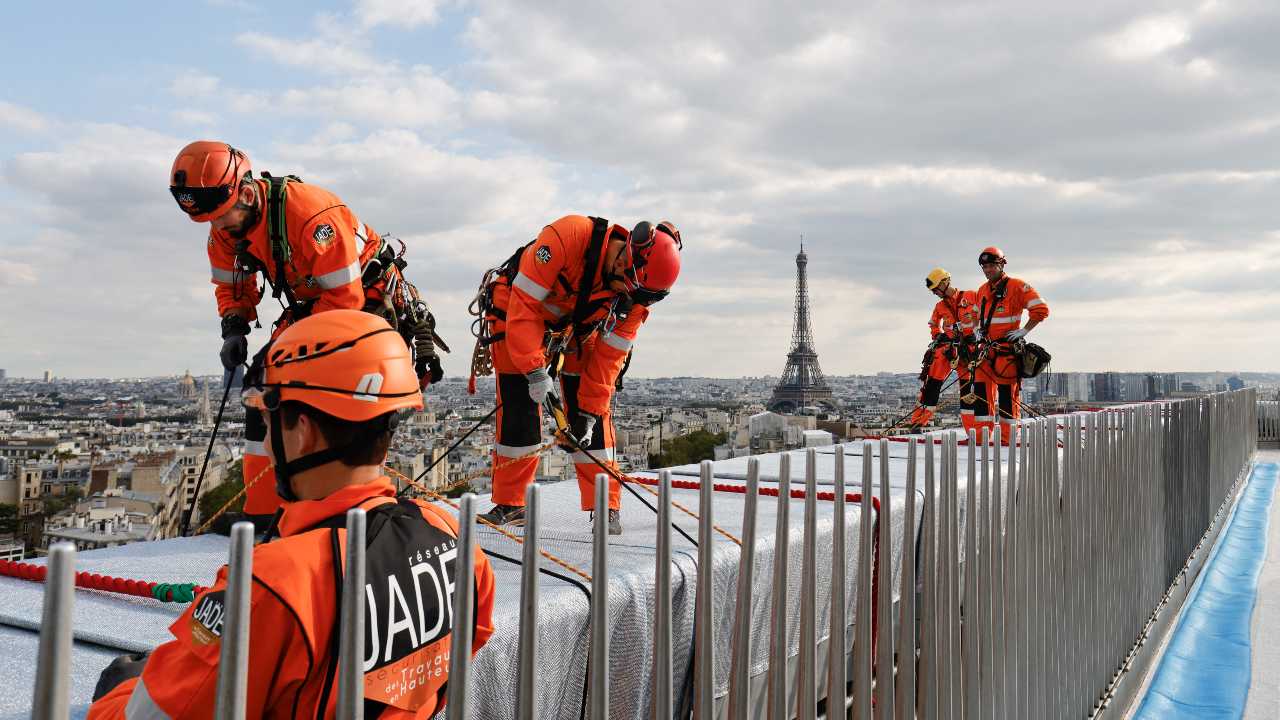 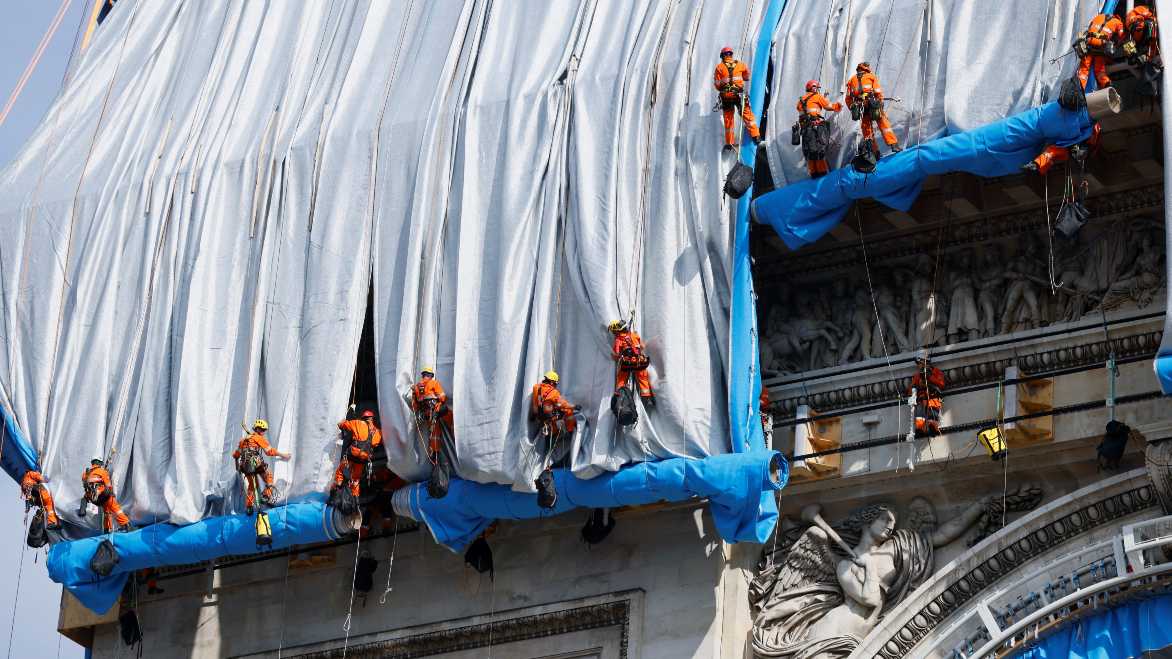 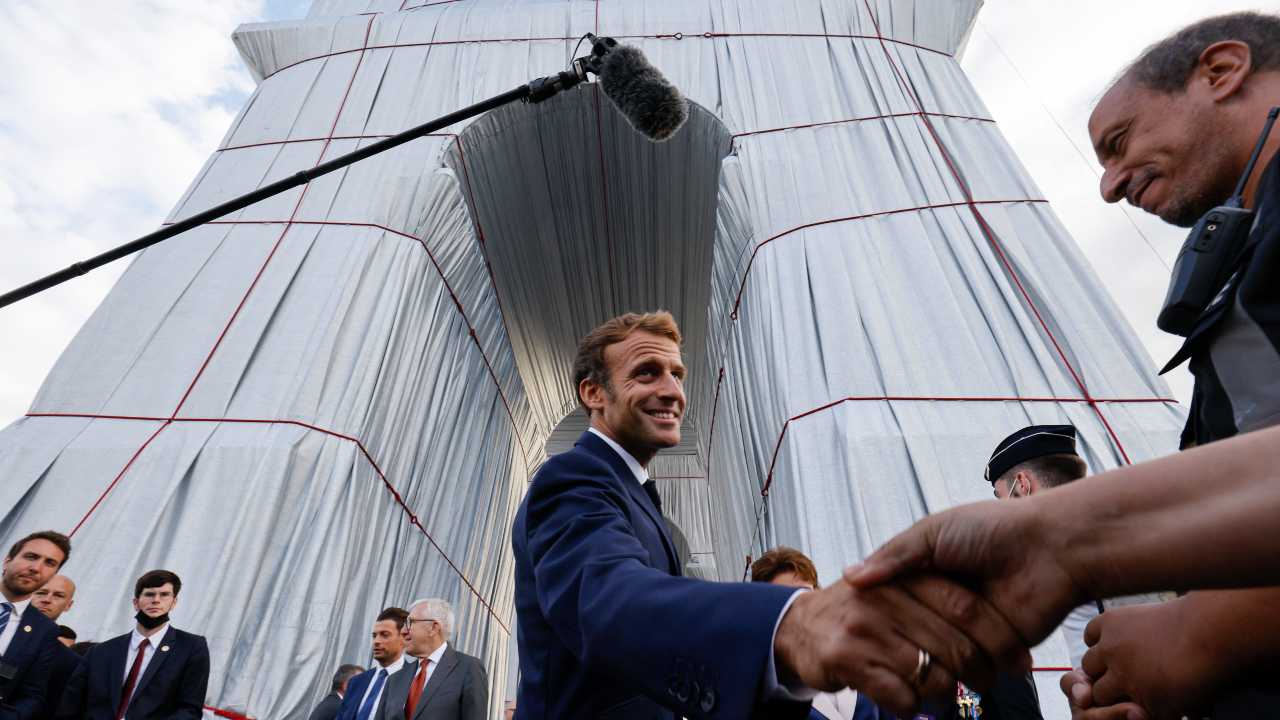 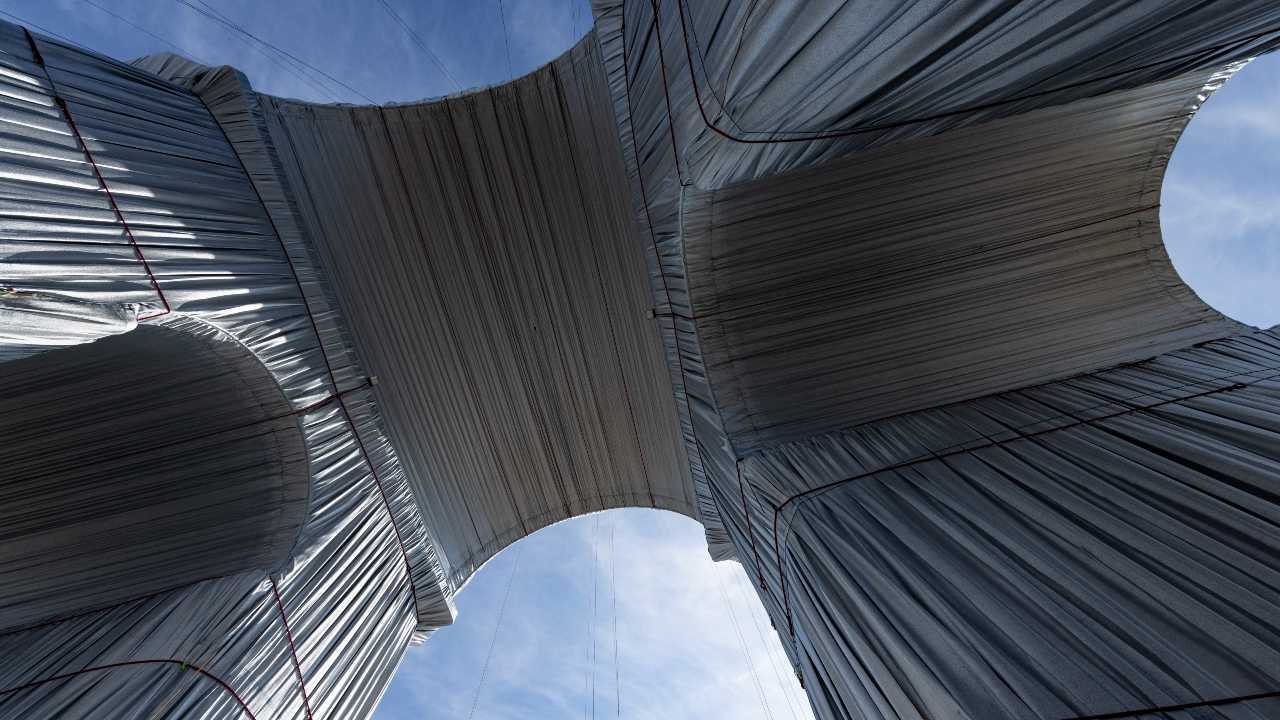 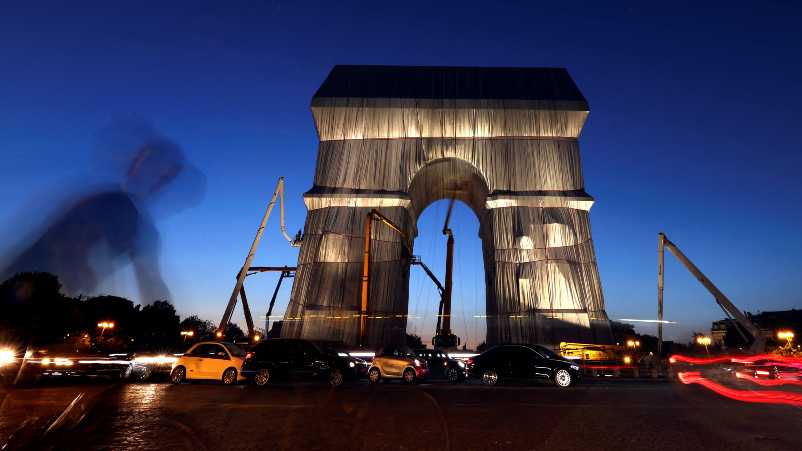 Christo lived near the Arc de Triomphe in Paris in the early 1960s and was inspired by his surroundings.

Ahead of the launch, his nephew – who is also the director of the project – explained the meaning of the artwork.

"It creates a gentle disturbance for a few days and it highlights the principal proportions of the building and the form and sparks different curiosity in people," said Vladimir Yavachev.

Whenever Christo and Jeanne-Claude carried out one of their massive projects, they always stipulated that the artwork should be free to visit and public access to the original monument or building must continue throughout.

Previous projects include wrapping the Pont Neuf in Paris in the 1980s and doing the same to the German parliament building, the Reichstag, in Berlin in 1995.

In 2018, the artist couple put up a giant mastaba – modeled on an Ancient Egyptian tomb – in London, made out of barrels.

Yavachev said his late uncle would have been particularly excited during the installation phase of this latest enormous project.

"Christo – we miss him every day. It's a big team of people, quite a few of us have worked with Christo and Jeanne-Claude for many years.

"We miss him terribly and we miss how excited he would be – especially at this stage where it's about to happen, he would be like a little boy jumping around."

This will not be the last posthumous work by Christo. There will be one more project developed by his team because plans for an installation in Abu Dhabi were also advanced enough when he died for it to be completed in the future.