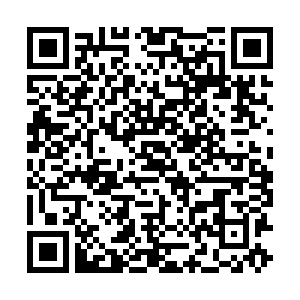 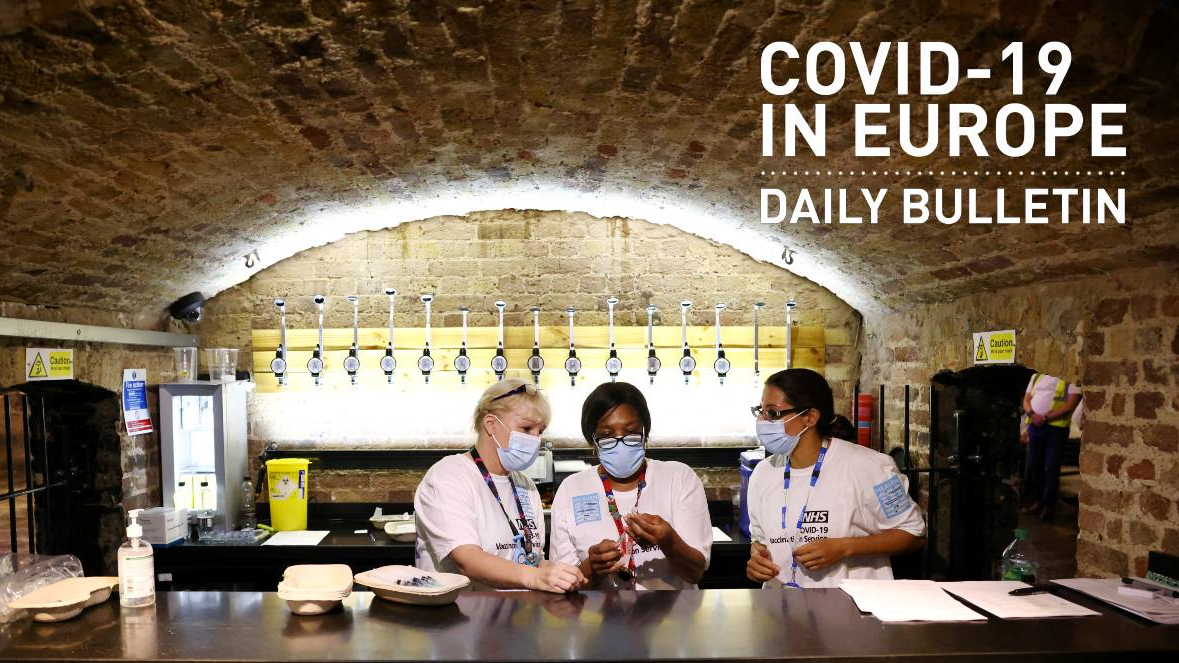 NHS workers prepare doses of the Pfizer-BioNTech vaccine behind a bar in the Heaven nightclub, London. /Henry Nicholls/Reuters

NHS workers prepare doses of the Pfizer-BioNTech vaccine behind a bar in the Heaven nightclub, London. /Henry Nicholls/Reuters

• New data from Moderna's large vaccine trial shows that the protection it offers against getting COVID-19 wanes over time, supporting the case for booster doses, the company said in a news release on Wednesday.

"This is only one estimate, but we do believe this means as you look toward the fall and winter, at minimum we expect the estimated impact of waning immunity would be 600,000 additional cases of COVID-19," Moderna president Stephen Hoge said on a conference call with investors. Hoge said data from its booster studies shows the vaccine could increase neutralizing antibodies to levels even higher than were seen after the second dose.

A separate study suggested the Moderna vaccine was 96 percent effective at stopping hospitalization – and in its news briefing Moderna said that there was little evidence of this figure waning so far.

• A number of countries are currently planning to bring in booster shots – including the UK, where a study published this week showed that although vaccines remain effective at preventing hospitalization and death, their effectiveness does decline 20 weeks after a second dose – with AstraZeneca waning by slightly more than Pfizer.

• ​​Russian President Vladimir Putin said he would have to spend "a few days" in self-isolation after dozens of people in his entourage fell ill with COVID-19, the TASS news agency reported.

Putin was speaking through a video link at a summit of a Russia-led security bloc held in Tajikistan. He had planned to attend in person before the news of the virus outbreak in his inner circle this week. It was previously unclear how big the outbreak was and how long Putin would remain isolated.

• The number of daily coronavirus-related deaths in Ukraine over the past 24 hours exceeded 100 for the first time since early June, when the country reported 118 deaths, the health ministry data showed on Thursday.

Ukraine reported 101 deaths on September 16 while the number of new infections rose to 5,744 from 4,640 a day earlier. The number of new COVID-19 cases has been growing over the past few weeks and the government has already announced that it will tighten lockdown restrictions in the near future.

• The pace of climate change has not been slowed by the pandemic and the world remains behind in its battle to cut carbon emissions, the United Nations said on Thursday.

The virus-related economic downturn caused only a temporary downturn in CO2 emissions last year and it was not enough to reverse the rising levels of greenhouse gases in the atmosphere, the World Meteorological Organization said.

• Italy is set to make its COVID-19 "Green Pass" mandatory for all workers from next month, becoming the first European country to do so as it tries to accelerate vaccinations and stamp out infections. The pass, a digital or paper certificate showing someone has received at least one vaccine dose, tested negative or recently recovered from the virus, was originally conceived to ease travel among EU states.

• Pope Francis said he was puzzled why so many people, including some cardinals in the Roman Catholic Church hierarchy, have refused to get inoculated against COVID-19. "It is a bit strange because humanity has a history of friendship with vaccines," he said aboard the plane returning from Slovakia, responding to a question from a reporter about the reasons for vaccine hesitancy.

• Around 3,000 health workers who have not been vaccinated against COVID-19 have been suspended in France, Health Minister Olivier Veran said, a day after the country made vaccination mandatory for all healthcare and care home workers. French President Emmanuel Macron's government imposed the rule to boost vaccination uptake and help prevent a new wave of infections in the autumn that might jeopardize France's economic recovery.

"Most of the suspensions are only temporary... many of them have decided to get vaccinated as they see that the vaccination mandate is a reality," Veran told French RTL radio.

• All leaders and diplomats attending the UN General Assembly, from September 21 to 27 in New York, will be required to show proof of vaccination, under the rules in force in the city, an obligation that has drawn opposition from Moscow.

Watch below for RAZOR's deep dive into what is behind the surge in the Delta variant: the nature of the virus or human behavior?