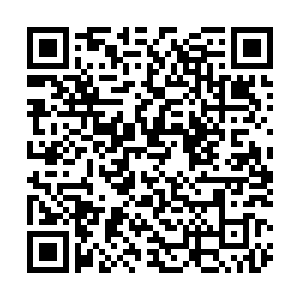 A campaign poster of the United Russia political party's candidates at a vaccination center in Sevastopol, Crimea. /Reuters/Alexey Pavlishak

A campaign poster of the United Russia political party's candidates at a vaccination center in Sevastopol, Crimea. /Reuters/Alexey Pavlishak

• Russia's President Vladimir Putin is self-isolating after cases were detected in his inner circle, the Kremlin said, as the country struggles with consistently high infection rates. "The president is absolutely healthy," Kremlin spokesman Dmitry Peskov told reporters, adding that the Russian leader had taken a coronavirus test, without specifying the result.

• UK Prime Minister Boris Johnson announced the start of a booster jab program, as vaccine experts confirmed some of the key parts of a winter plan including:

- PCR tests for holidaymakers will be scrapped

The announcement comes after government scientists approved vaccinations for schoolchildren aged 12-15, setting out a widespread vaccine program before what ministers fear will be a difficult second winter coping with the virus.

• Tuesday is the final day for healthcare workers in France to get vaccinated. Obligatory vaccines for doctors and nurses were brought in at the start of summer and from today, healthcare workers can have pay docked or be refused entry to their workplace if they do not get vaccinated. France's powerful CGT union opposes the compulsory vaccine rules and is organizing marches today.

• New local infections more than doubled in China's southeastern province of Fujian, health authorities said on Tuesday, prompting officials to quickly introduce measures including travel restrictions to halt the spread of the virus.

• About one in 10 children in Israel had symptoms that remained after recovering from COVID-19, though that number dropped by more than half as the months passed, an Israeli Health Ministry survey showed. In June, the ministry carried out a phone survey among 13,834 parents of children aged 3-18 who had recovered from COVID-19, asking if they had lingering symptoms, including breathing issues, lethargy, and loss of smell and taste. The survey showed 11.2 percent of children had some symptoms after recovery. The figure declined to between 1.8 and 4.6 percent at six months from acute disease, with older children suffering more.

• The U.S. Centers for Disease Control and Prevention has warned against travel to Afghanistan, Albania, Serbia, Belize, Lithuania and four other destinations because of COVID-19 concerns. The CDC raised its travel advisory to "Level 4: Very High" for nine destinations, telling Americans they should avoid travel to the locations. The destinations also include Grenada, Saint Kitts and Nevis, Slovenia and Mauritius.

• Miscarriages do not occur more often in pregnant women who receive an mRNA vaccine, according to a new study. Researchers analyzed data from eight U.S. health systems on 105,446 women who were between six and 19 weeks into their pregnancies. Overall, 12.4 percent of women suffered miscarriages, but the risk within a month after vaccination was no different from that for those who did not get vaccinated, according to a report published on Wednesday in The Journal of the American Medical Association.

• The Ukrainian government has decided to introduce COVID-19 "vaccine passports" verifying citizens' vaccination status, the health ministry said on Monday. The passports will allow businesses such as cinemas, gyms, theaters and swimming pools to operate without social distancing requirements if all visitors and at least 80 percent of staff at the venues are at least partially vaccinated.

CGTN Europe: Is Delta more transmissible than other COVID-19 variants – or is it just human behavior?