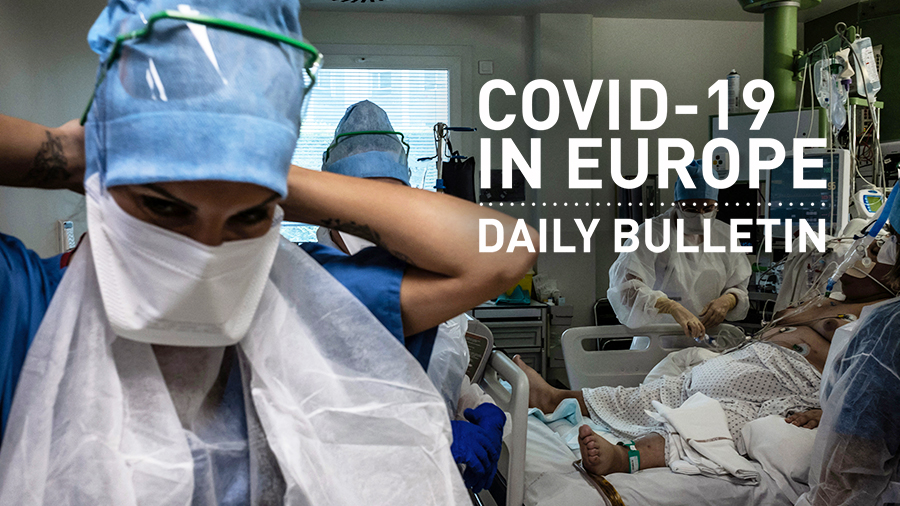 · France is granting citizenship to more than 12,000 front-line workers whose jobs facing COVID-19 put their lives at risk every day, under a special fast-track scheme that cuts the residency requirement from five years to two. "Front-line workers responded to the call of the nation, so it is right that the nation takes a step towards them," said the Citizenship Minister Marlene Schiappa.

· There were more than 8,000 COVID-19 patients in hospitals in the UK on Wednesday, the highest figure reached in the country for nearly six months. That is nearly 10 times higher than the 894 people in hospital on the same day in 2020 – but remains well short of January's peak, when there were 39,250 people in hospital.

· Scotland's parliament has approved the introduction of vaccination passports to enter "high-risk" venues such as nightclubs and music festivals from October 1.

· France's former Health Minister Agnes Buzyn, who resigned in mid-February 2020, is being tried at the Court of Justice of the Republic in Paris and could face charges over her handling of the COVID-19 crisis.

· The African Union's health watchdog accused world leaders to have made hollow pledges to share vaccines with poorer nations. "Pledges do not put vaccines into people's arms," said John Nkengasong, head of Africa Centres for Disease Control and Prevention. "We are not going to win this war against the pandemic if we do not vaccinate everybody at speed."

· The fifth cricket test match between England and India at Old Trafford was cancelled on Friday after India was unable to field a team, the England and Wales Cricket Board said.

· U.S. President Joe Biden has announced a ramping up of the country's vaccination campaign, with new vaccination requirements affecting tens of millions of workers. Proof of vaccination will now be required from all federal workers, private health companies and businesses with more than 100 employees.

· All children aged 12 and over in Los Angeles will need to show proof of vaccination to attend school, as the city's board of education ruled on Thursday.

· The UK's medical regulator has given the go-ahead for booster jabs, although a decision on who gets the third doses will ultimately be taken by politicians. The team behind the Oxford University-AstraZeneca vaccine says that although some vulnerable groups might need a booster jab, protection against serious illness and death was continuing in most cases and vaccines needed to go to countries where vulnerable people and front-line workers have yet to be protected. Dancers perform on stage during a full dress rehearsal at the Moulin Rouge in Paris before the reopening of the cabaret, following an 18-month closure. /Christophe Archambault/AFP

Dancers perform on stage during a full dress rehearsal at the Moulin Rouge in Paris before the reopening of the cabaret, following an 18-month closure. /Christophe Archambault/AFP

CGTN America: Biden to announce that all federal workers must be vaccinated