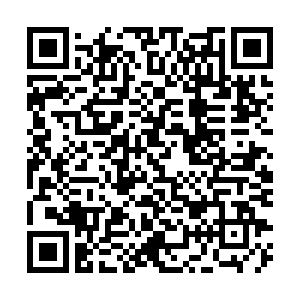 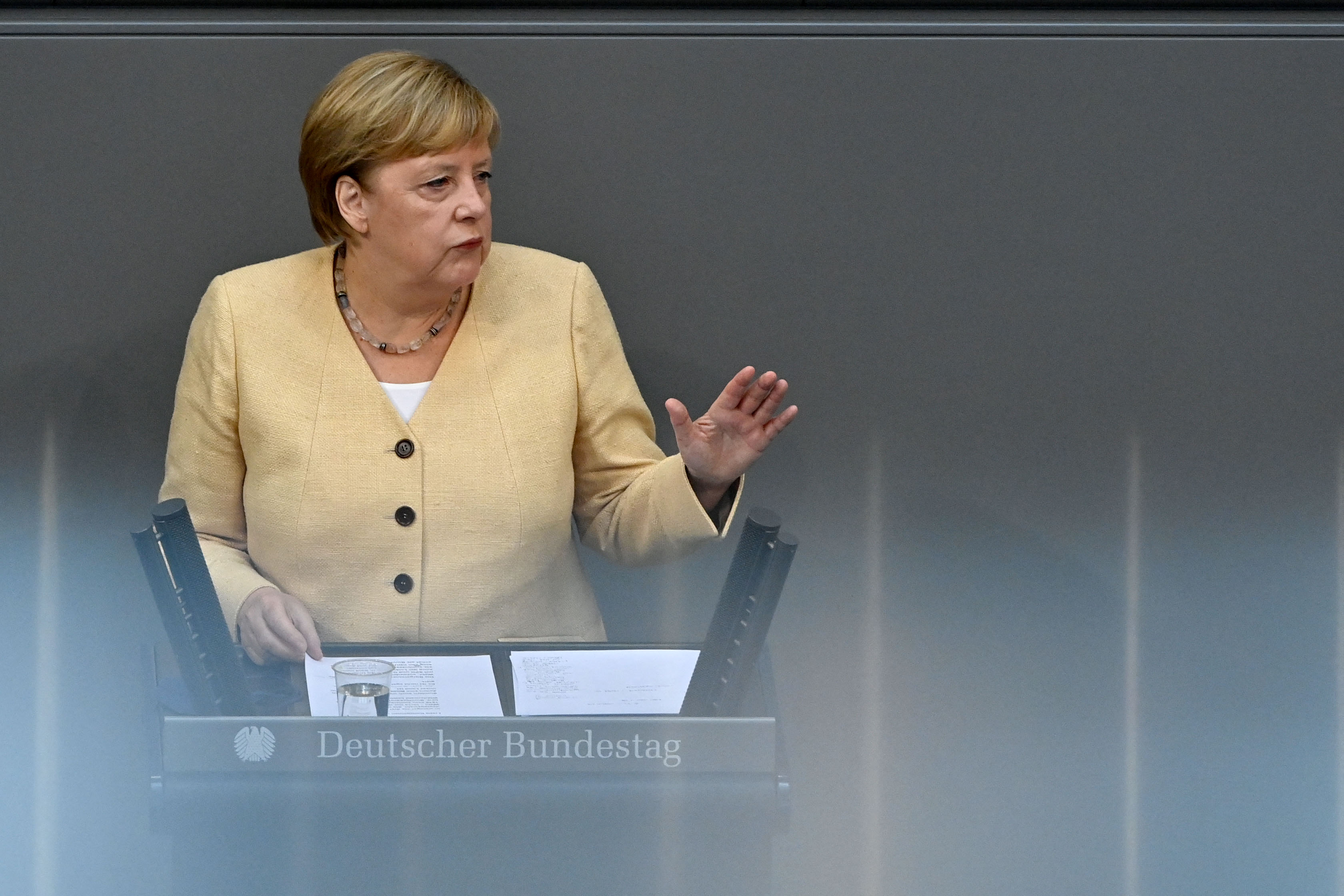 Germany's Chancellor Angela Merkel has hit back at her deputy, Olaf Scholz, after he claimed vaccinated people in the country were 'guinea pigs.' /VCG

Germany's Chancellor Angela Merkel has hit back at her deputy, Olaf Scholz, after he claimed vaccinated people in the country were 'guinea pigs.' /VCG

- Germany's Chancellor Angela Merkel has hit back at Vice-Chancellor Olaf Scholz, after he claimed people vaccinated against COVID-19 are being treated as "guinea pigs."

- Italy's Health Minister, Roberto Speranza, says the country will begin giving a third dose of a vaccine to the most vulnerable sections of its population this month.

- Live music and dancing can resume at weddings in Ireland after restrictions were eased in the country.

- Organized outdoor events and mass gatherings can also take place across the country, with 75 percent of venue capacity, providing people have been either fully vaccinated or have recently recovered from the coronavirus.

- The Spanish government says the worst phase of the country's fifth wave is now over, after cases fell below 200 per 100,000 people for the first time since July.

- On Monday, Malaga recorded zero COVID-19 deaths for the first time in more than a month. Figures also showed there were just six deaths in the whole of Andalucia.

- In Northern Ireland, ministers have agreed to remove table service rules indoors and outdoors at pubs and restaurants, while 10 to 15 people will be allowed indoors at the same time in domestic settings.

- A leading UK virologist says all healthy 12 to 15-year-olds should have a COVID-19 jab to avoid continued disruption in schools caused by COVID-19 cases. 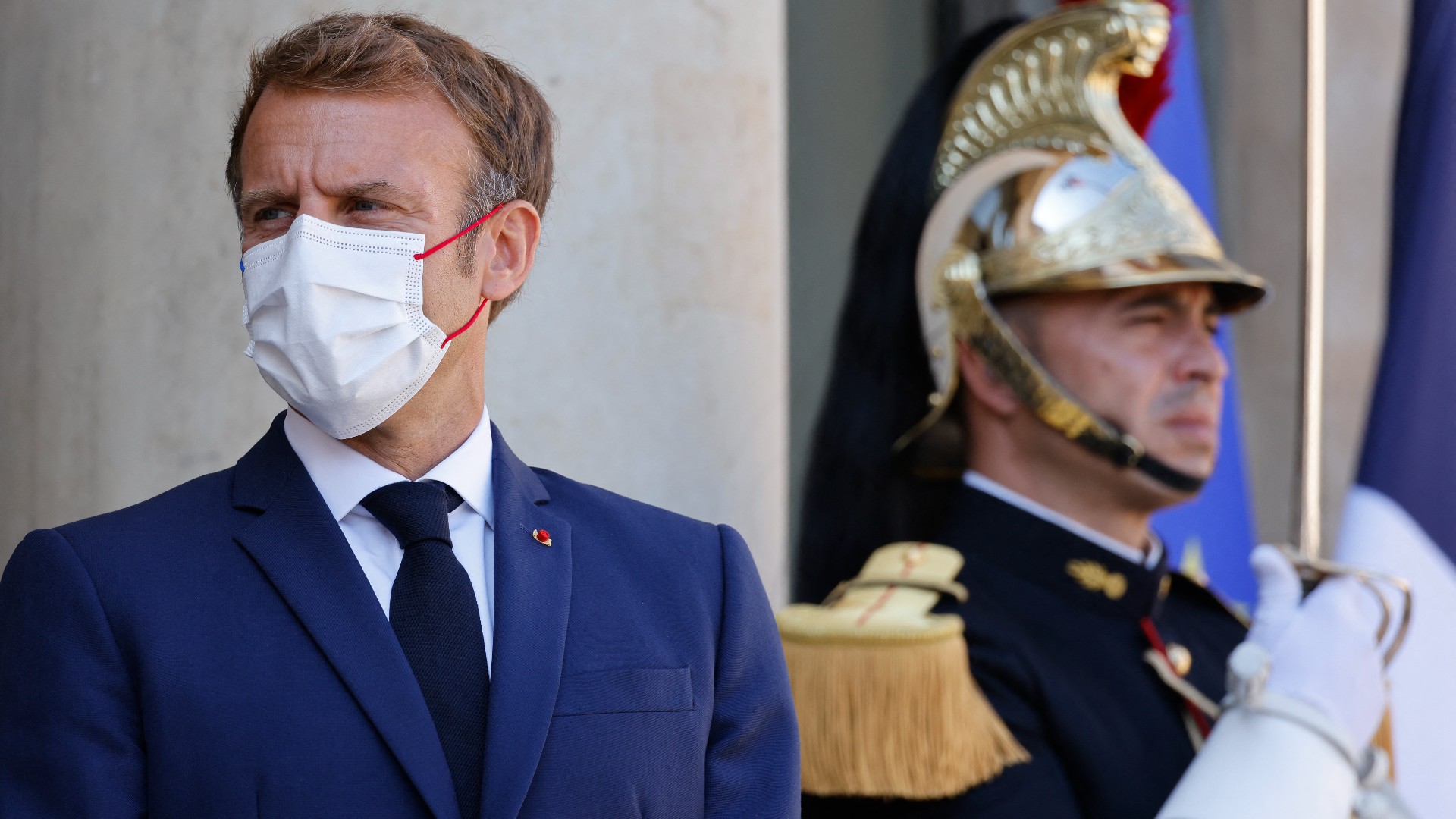 September 7 marks the start of a strict two-week confinement in New Caledonia. The French territory in the South Pacific is battling high infection rates and low vaccination coverage. However, there is a sustained decline in the COVID-19 incidence rate in mainland France. Only eight metropolitan departments still have a rate of more than 200 cases per 100,000 inhabitants.

Bouches-du-Rhone, Vaucluse, Gard, Var, Alpes-Maritimes, Herault, Alpes-de-Haute-Provence and Ariege are the regions concerned. For national daily admissions to hospital, a decline has been recorded for 10 days now. On average, French hospitals have received 610 new COVID-19 patients per day, down 18 percent in one week.

Poland is expected to report more than 400 new COVID-19 cases for Tuesday, as infection rates rise across the country. The country's deputy health minister added in a radio interview that cases are up 42 percent on the previous week. Waldemar Kraska urged Poles to get vaccinated, with hospitalizations also increasing – most of those in hospitals are unvaccinated. Currently, 579 people in Polish hospitals are being treated for COVID-19, with 41 new patients admitted to specialist clinics in the past 24 hours.

Hungary's cases are also rising steadily – 130 new infections were reported on Tuesday, 210 people are in hospital and 24 people require ventilation. Four more deaths have been reported, the highest daily number since the end of July. Data show an average of 212 new infections were identified per day last week, a similar level to the beginning of June. At the end of August, the average was below 100.

The UK government has released its latest official figures on the total number of cases and deaths since the pandemic began. More than 7 million confirmed cases of COVID-19 have been recorded and more than 133,000 deaths, at a rate of approximately 200 per 100,000 people. Italy (215) has a higher rate, while Germany (112) is considerably lower. France (172), and the U.S. (197) are in between.

Millions of pupils are back in school in the UK, prompting concerns this will lead to a spike in cases, with daily infection rates already on the rise. More than 41,000 new cases were reported on Monday. All 16 year-olds have been offered vaccinations. The government has still not decided whether or not to extend vaccinations to 12 year-olds.

CGTN Europe: The Spanish city banking on Chinese tourism for its economic recovery