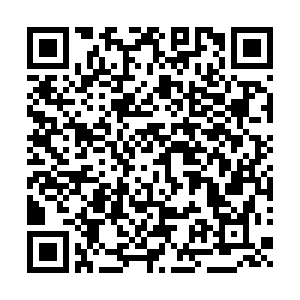 · A poll in national newspaper La Stampa has found 75 percent of Italians are in favor of using the country's health pass and its wider extension to fight the COVID-19 epidemic.

· Four UK-based professional footballers were at the center of the extraordinary abandonment of Sunday's international match between Brazil and Argentina in Sao Paulo.

Brazilian channel TV Globo reported that the four – who play for Aston Villa and Tottenham Hotspur in the English Premier League – told Brazilian police at the airport they did not fill out their entry forms upon arrival.

Brazil's health agency said all four allegedly told immigration officers that in the previous 14 days they hadn't been to Britain or anywhere else that Brazil puts on its own red list for COVID-19 risks.

· Slovakia is loosening restrictions surrounding public events planned during next week's visit by Pope Francis, to allow some unvaccinated people to attend.

· Valencia's Fallas festival made a triumphant return to the city after being cancelled last year, for the first time since 1939, due to the COVID-19 pandemic.

· England's Premier League has teamed up with the government to make videos that will encourage soccer players to get the COVID-19 vaccine.

· Anthony Harnden, deputy chairman of the UK's Joint Committee on Vaccination and Immunisation (JCVI) has said the decision on offering COVID-19 vaccinations to healthy 12-to-15-year-olds is "finely balanced." He told a UK television channel: "It's marginally in favor [of vaccination] if you look at all the figures [but] this is not an easy decision."

UK vaccines minister Nadhim Zahawi has suggested children will be able to overrule parental objections to them being vaccinated if they are deemed to be able make competent decisions. 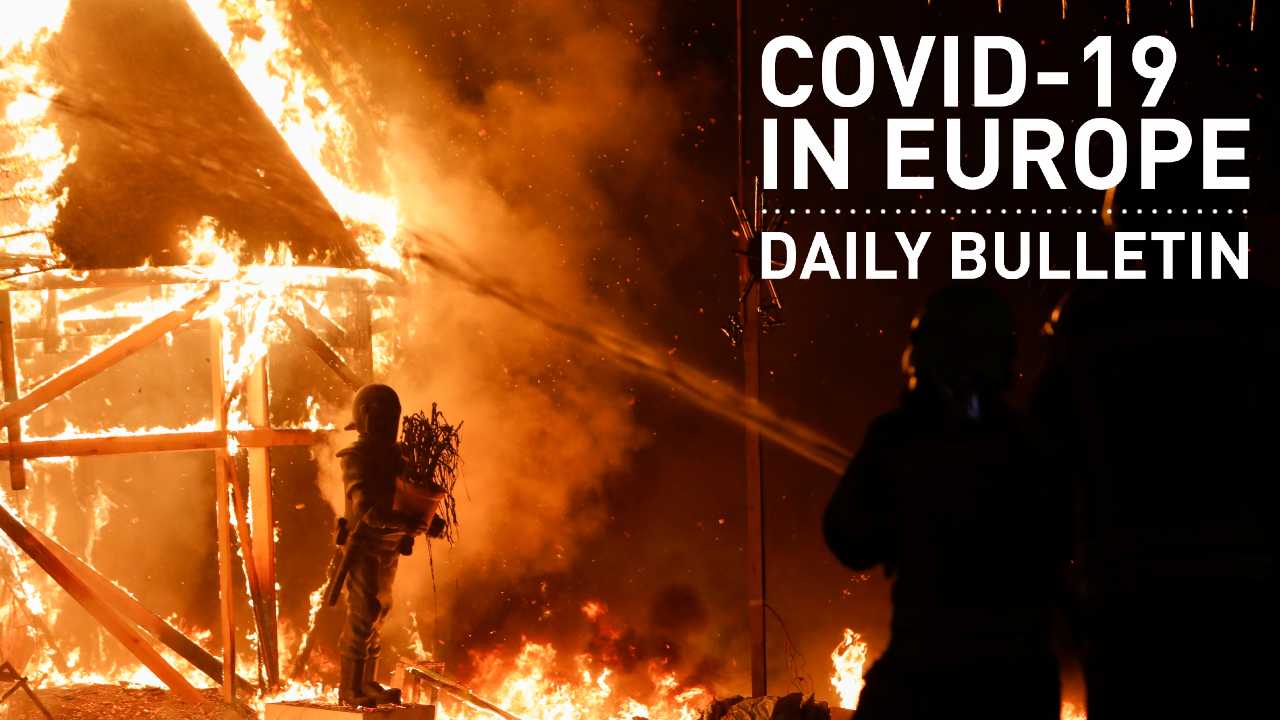 A figure of the municipal Falla burns during Valencia's Fallas Festival, postponed from last year due to COVID-19 restrictions. /Eva Manez Lopez/Reuters

A figure of the municipal Falla burns during Valencia's Fallas Festival, postponed from last year due to COVID-19 restrictions. /Eva Manez Lopez/Reuters

France's finance minister has said: "The objective is to achieve by the end of the year with the same level of growth as before the crisis."

Bruno Le Maire said he hopes that the country's economy will grow by 4 percent in 2022. He also announced that France's health pass rules will be relaxed slightly.

Speaking on Monday, Le Maire said that shopping centers will no longer need to enforce customers' obligation to show a health pass on entry if the mall is located in a region where the incidence rate is below 200 cases per 100,000 people and remains below that figure for a week.

The health pass is also in force in bars, restaurants, cinemas, museums, sports centers and on long-distance trains and the public must show proof of full coronavirus vaccination, a recent negative test, or recent recovery from COVID-19 to access these places.

It comes as cases continue to rise in the country, with 205 new cases confirmed on Saturday – the highest daily increase for a weekend day since late May. The reproductive, or R, number stood at 1.26, the highest it's been in Czechia since mid-July.

Millions of students in England and Wales are returning to school on Monday, with fears it could lead to a rise in COVID-19 cases.

Cases among young people are 30 times higher than they were a year ago, but rules around social distancing and wearing masks have been scrapped. Some testing will remain in place.

Vaccine passports will be required to enter nightclubs and other indoor venues in England from the end of September.

The move has been criticized by some lawmakers and businesses, who say it is discriminatory.

CGTN Europe: Why vaccines are still working, even if some people still get COVID-19