You can see an interactive version of this story here.

The Alpine region is suffering from the effects of global warming as its glaciers and permafrost continue to melt at alarming rates. As the frozen layers thaw, microscopic lifeforms are being uncovered that have the potential to shape the future of mankind.

Swiss scientists studying the layers beneath the receding ice have discovered ancient bacteria, fungi and possibly viruses that could be revived by the warmer temperatures.

The team leading the research is from the Swiss Federal Institute for Forest, Snow and Landscape research (WSL). Its lead scientist is Beat Frey, one of the first people to look for life in Alpine permafrost and glaciers.

Frey and his team regularly hitch a helicopter ride to the top of Alpine mountains across Switzerland. Surrounded by majestic views, they look for dormant viruses and bacteria – the familiar and the unknown – that could be living below the ice.

"We thought that glacial ice was sterile but more and more we've found there are microbes living in this ice," says Frey. In fact, he's found thousands of unknown and potentially harmful ones.

As the Morteratsch Glacier in Switzerland's Buendner Alps retreats, the melted ice ends up in the river systems below. That's a potentially dangerous situation, warns Frey, "since we don't really know what's in the ice and what's flowing out of the ice – we don't know what the dangers are for the local population when drinking water."

Frey notes that a French team doing similar research has found viruses emerging from thawing permafrost. The dangers of viruses spreading is not thought to be high, as they need a host cell to replicate – this is unlikely but not impossible, warns Frey. The glaciers of the Alps are under threat. /Johannes Pleschberger/CGTN

The glaciers of the Alps are under threat. /Johannes Pleschberger/CGTN

The WSL's mission has been made all the more pertinent following the COVID-19 outbreak. The causal link between climate change and the release of novel or dormant viruses has been increasingly examined following the pandemic.

Ecologists and epidemiologists have noted the increase in the frequency of epidemics and pandemics, in part due to processes of climate change – often deforestation, which leads to the mixing of human and animal populations previously separated.

While less understood and researched, the melting of glaciers and permafrost can also have deadly effects. Russian scientists have for years focused on the study of permafrost, which covers around 65 percent of the country. Now the rest of the world is catching on.

In November 2019, in Hannover, Germany, scientists specializing in climatology, geology and virology met for an inaugural skills share. The historic event signaled a growing international focus on the threat of microbes revived – and in some cases released – by thawing permafrost.

The dangers of permafrost melting was brought into light in 2016. Amid record-breaking temperatures of 35 degrees Celsius in Siberia, a 12-year-old boy died and 96 other people were hospitalized after becoming infected with anthrax, which can stay alive in the permafrost for up to 2,500 years. It is thought they became infected by the thawing carcass of a reindeer that had been dead for more than 75 years. 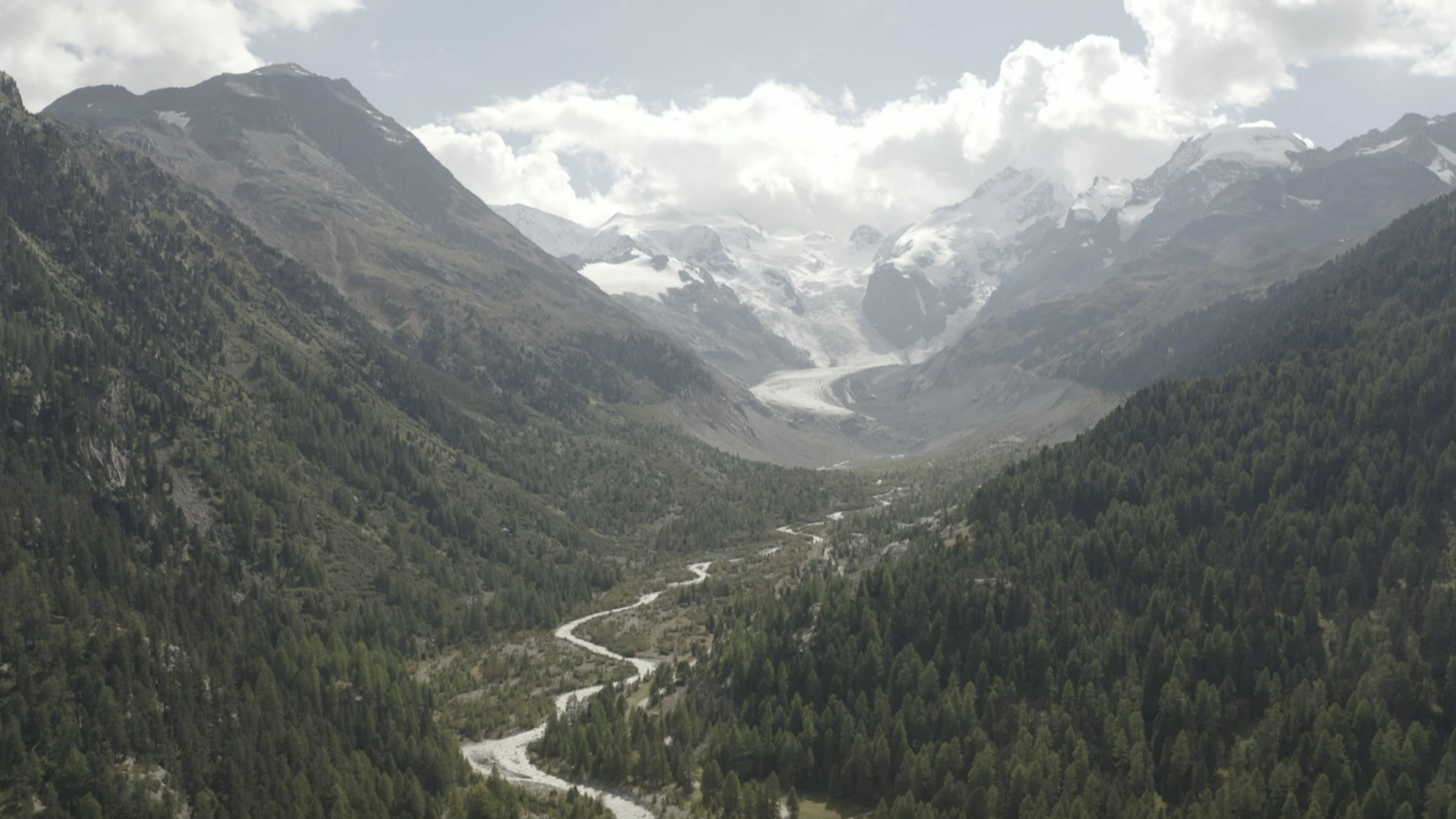 Getting into the mountainous locations for research can be a challenge. /Johannes Pleschberger/CGTN

Getting into the mountainous locations for research can be a challenge. /Johannes Pleschberger/CGTN

Frey collects permafrost samples from Muot Da Barba Peider, a mountain that rises more than 3,000 meters above sea level. His team bores sensors 10 meters below the ground, to measure temperature and take samples from the permafrost's active layer – most often found near the surface and which for stretches of the summer consists of water rather than ice.

Back in the lab, the samples are analyzed and results, rather than containing threats once thought dormant, are a potential gold mine for the future of science and medicine.

Joel Ruthi, a PhD student working in Frey's lab in Zurich, is studying whether the permafrost hosts live organisms that can produce enzymes that break down plastics – both biodegradable and non-biodegradable.

Enzymes discovered on the slopes of Schafberg, in the eastern Alps, can break down fats at remarkably low temperatures, with the potential to be used in detergents to wash clothes at lower temperatures, helping to save energy.

However perhaps most significantly, the team believes the bacteria in the permafrost could be used to make new antibiotics. Bacteria and fungi have been increasingly developing the ability to defeat the drugs designed to thwart them. This, along with a decline in the development of new antibiotics by private companies, has led to numerous warnings from the World Health Organization of an antibiotics crisis.

Earlier this year, the organization called out the "weak pipeline for antibiotic agents," adding that the 60 products in development "bring little benefit over existing treatments and very few target the most critical resistant bacteria."

The permafrost samples might help turn the tide in the fight against antibiotic resistance, which many scientists believe is an existential threat to mankind on a par with climate change.

Ruthi explains: "Because this is a very harsh environment, because it is very nutrient and energy limited, we basically assume there could be some potential antagonism between bacteria. These bacteria could fight against each other by making antibiotics."

The WSL is not alone in realizing the relative benefits that could come from permafrost melting. Scientists recently researching Arctic soil uncovered by thawing permafrosts have discovered new bacteriophages – a word that means "bacteria eater." Each bacteriophage targets a different bacteria, with every new strain discovered adding to the growing arsenal of treatments in the fight against antibiotic resistance.

Frey and his team recently made a breakthrough when they found a bacteria that secretes antibiotic substances. While it is likely to be another decade before a permafrost antibiotic is regularly used in medicine, the microbes living in the Alpine ice offer a glimmer of hope.

Exposed by rising temperatures, melting permafrost caused by one existential crisis might hold the key to overcoming another threat to mankind.

This story is part of CGTN Europe's series The Alps: Timeless and Changing, which was originally published in September 2020.