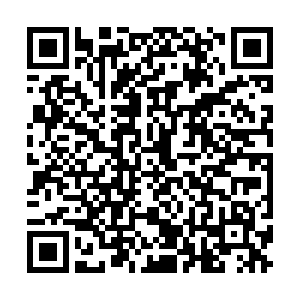 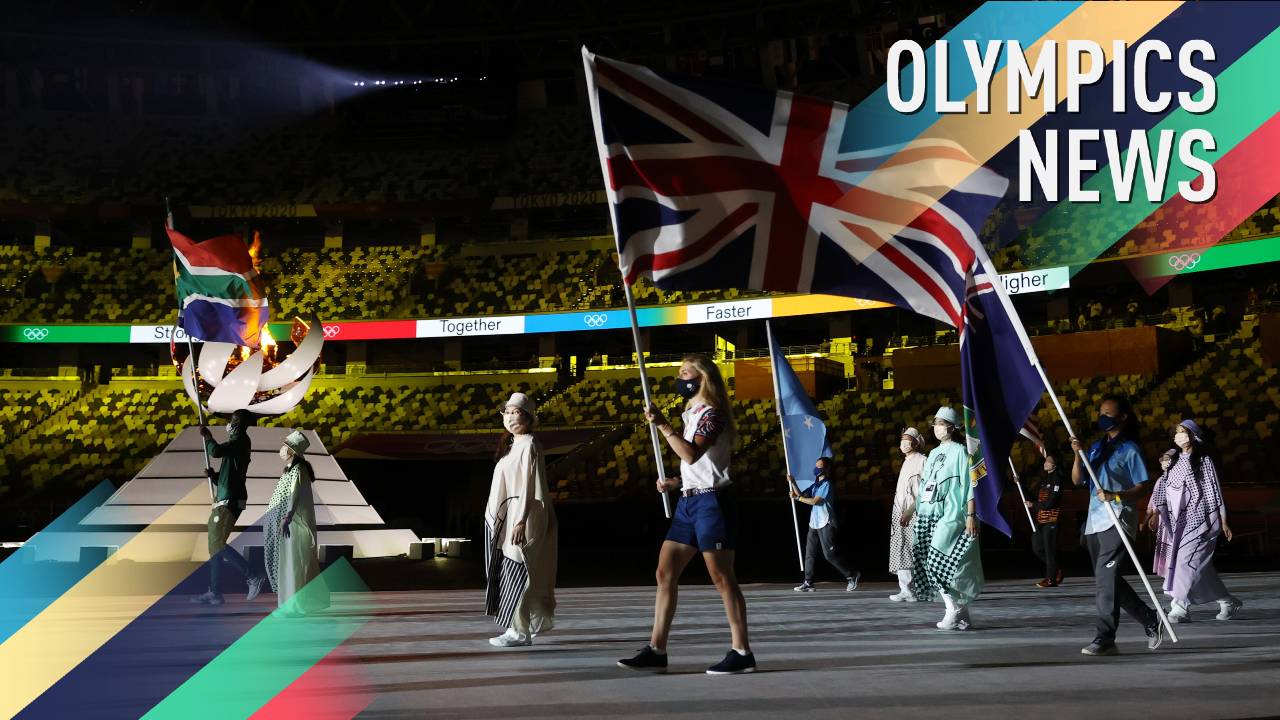 International Olympic Committee President Thomas Bach says that despite the odds, the Tokyo 2020 Olympics had been a success. /Dan Mullan/ Pool via Reuters

International Olympic Committee President Thomas Bach says that despite the odds, the Tokyo 2020 Olympics had been a success. /Dan Mullan/ Pool via Reuters

• On an emotional final day of the Tokyo Games, amid the last international bouts and a slew of medals, International Olympic Committee President Thomas Bach declared the 2020 Olympics to have been a success despite COVID-19.

"We can already now say with confidence that we have experienced a very successful Olympic Games considering all the uncertainties we had the last two years," said Bach. Now there's just 1,083 days to go until the next Summer Olympics.

• As is the custom, Tokyo handed its Olympic flag to the mayor of Paris on Sunday, setting the stage for the next Games in 2024 in a firework-lit closing ceremony that aimed to emphasize human contact despite the constraints of pandemic. There is already much excitement in Paris.

But before the closing ceremony there were still some golds to be won....

• In the men's water polo, Rio 2016 champion Serbia won its second Olympic gold medal in a row in the sport, beating Greece 13-10.

• Bulgaria's perfect co-ordination helped the team win gold in the rhythmic gymnastics group event, ending the streak of wins by Russian competitors that dates back to the Sydney Olympics in 2000.

• Kenya's Eliud Kipchoge dominated the Olympic men's marathon to win his second straight gold medal, cementing his place among the all-time greats of the sport. "I wanted to create a space to show the world that this is a beautiful race," Kipchoge said.

• After securing his seventh Olympic gold medal in track cycling, Britain's most successful Olympian, Jason Kenny, said he had managed the accolade simply by "chipping away" at the sport for more than a decade. Britain's chef de mission Mark England hailed Team GB's overall success as the greatest in its Olympic history.

• Strategically, Italy's COVID-19 gamble, which meant a small group of athletes could train throughout the pandemic, has paid off handsomely at Tokyo. The Italian team beat traditional European sports powerhouses Germany and France to set a new national record with 40 medals.

• World Athletics President Sebastian Coe said that they would be adaptable about calendar of future events, given the mid-summer heat competitors faced in Tokyo and "the world getting hotter."

• Coe also said that he thought the sport was "not in a bad place at the moment" on shoe and track technology, credited by some for the very fast times seen on the track during the games. "Wherever you look in sport… there's innovation and development, and we shouldn't be stifling that." 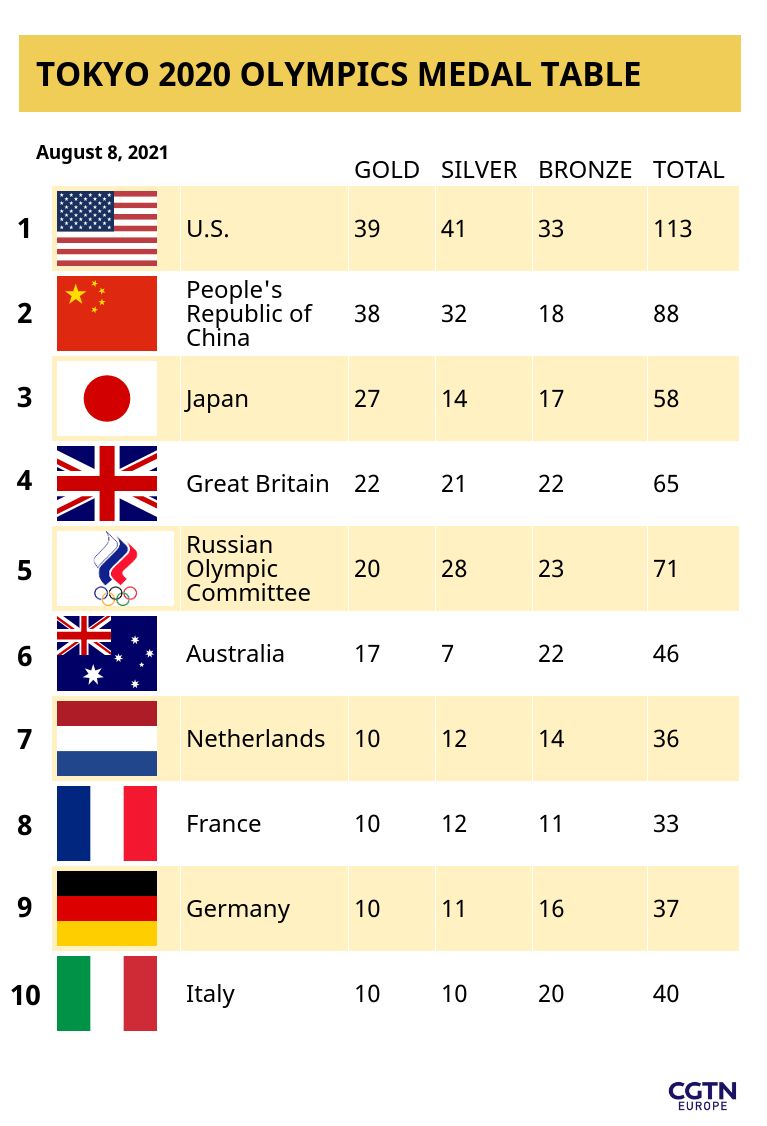 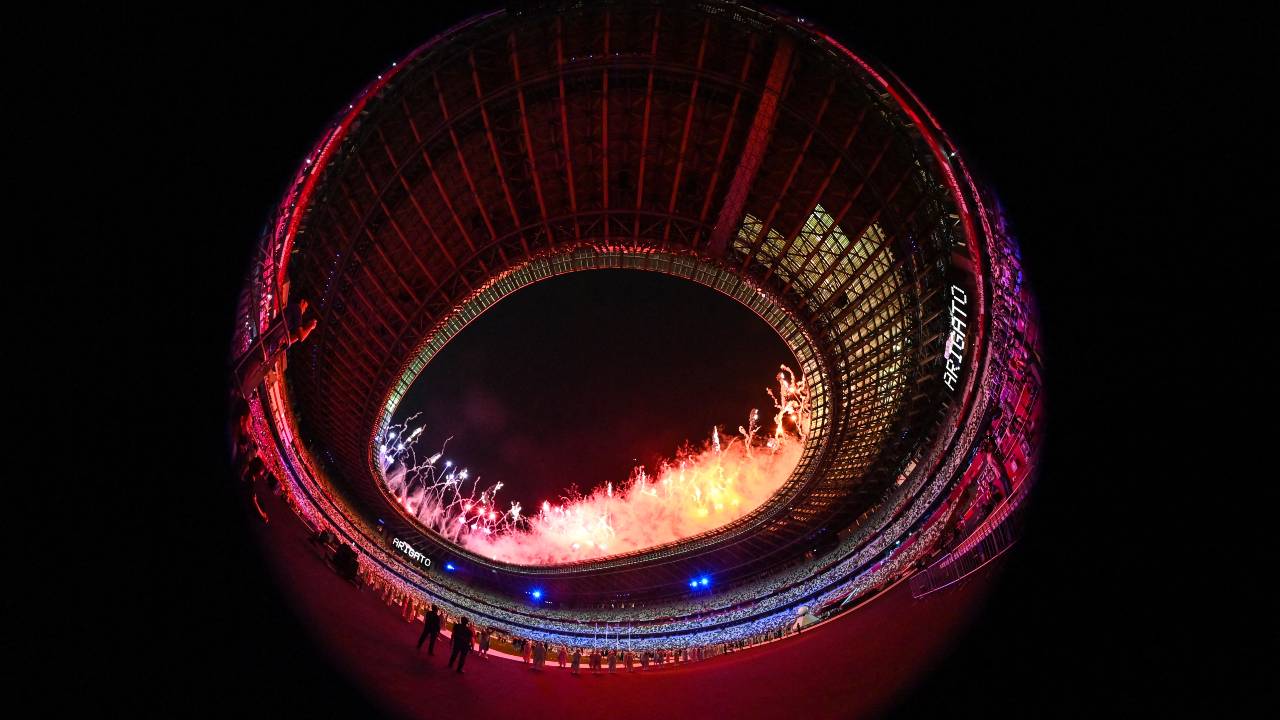 Fireworks go off around the Olympic Stadium at the closing ceremony of the Tokyo 2020 Olympic Games. /Adek Berry / AFP

Fireworks go off around the Olympic Stadium at the closing ceremony of the Tokyo 2020 Olympic Games. /Adek Berry / AFP