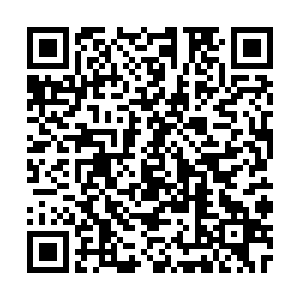 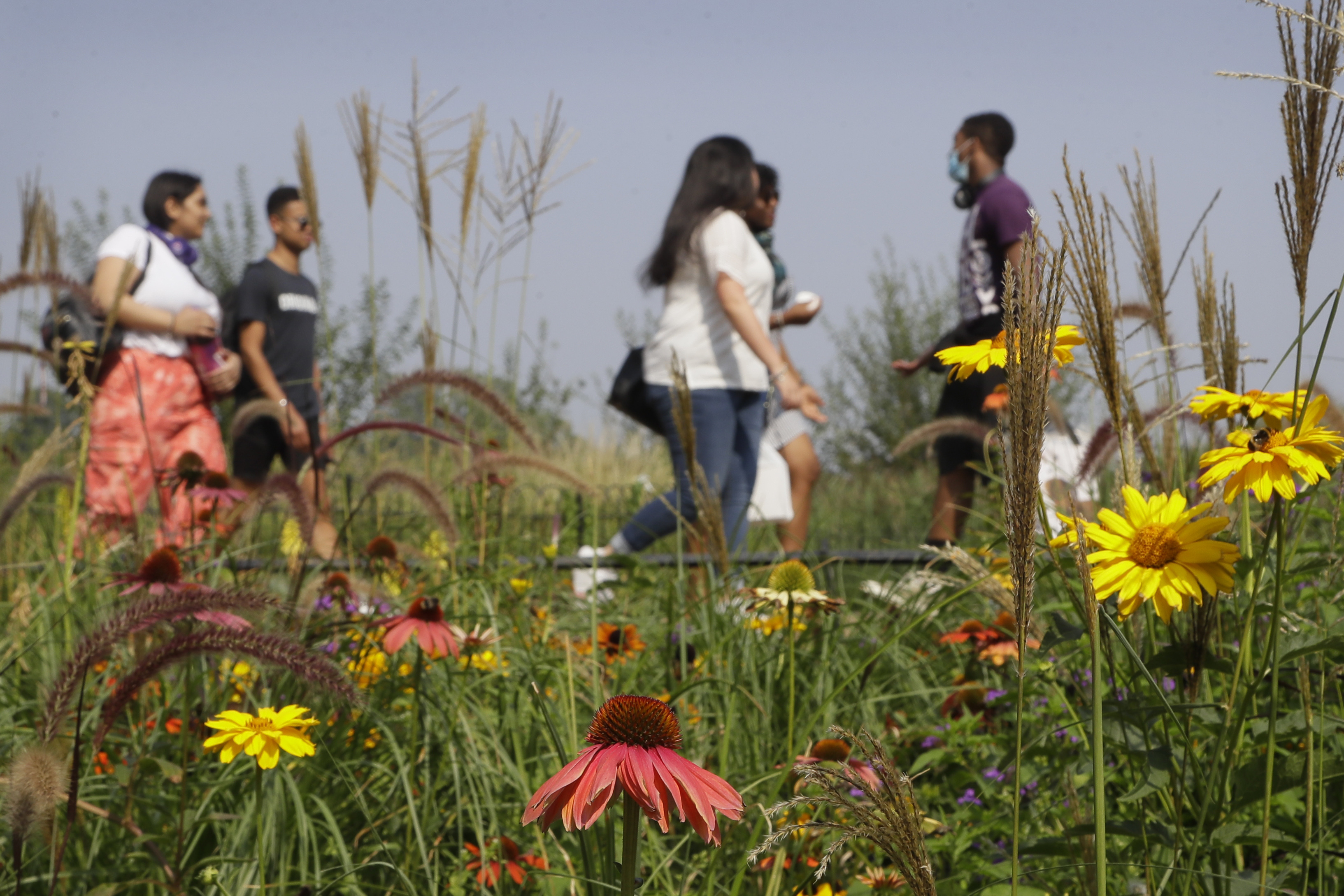 Walkers are photographed amid a heatwave and storms in Hyde Park, London. /AP/Kirsty Wigglesworth

Walkers are photographed amid a heatwave and storms in Hyde Park, London. /AP/Kirsty Wigglesworth 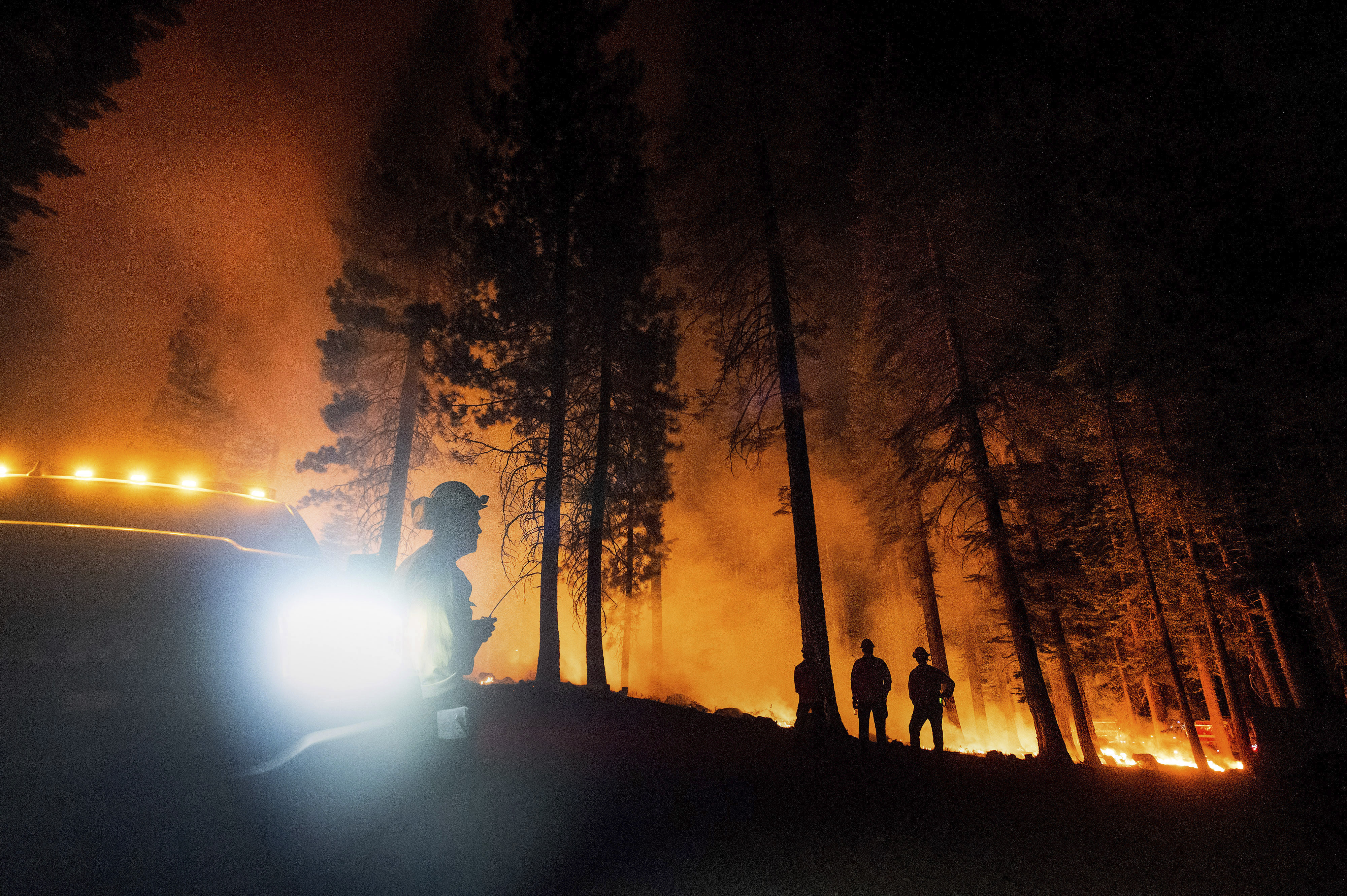 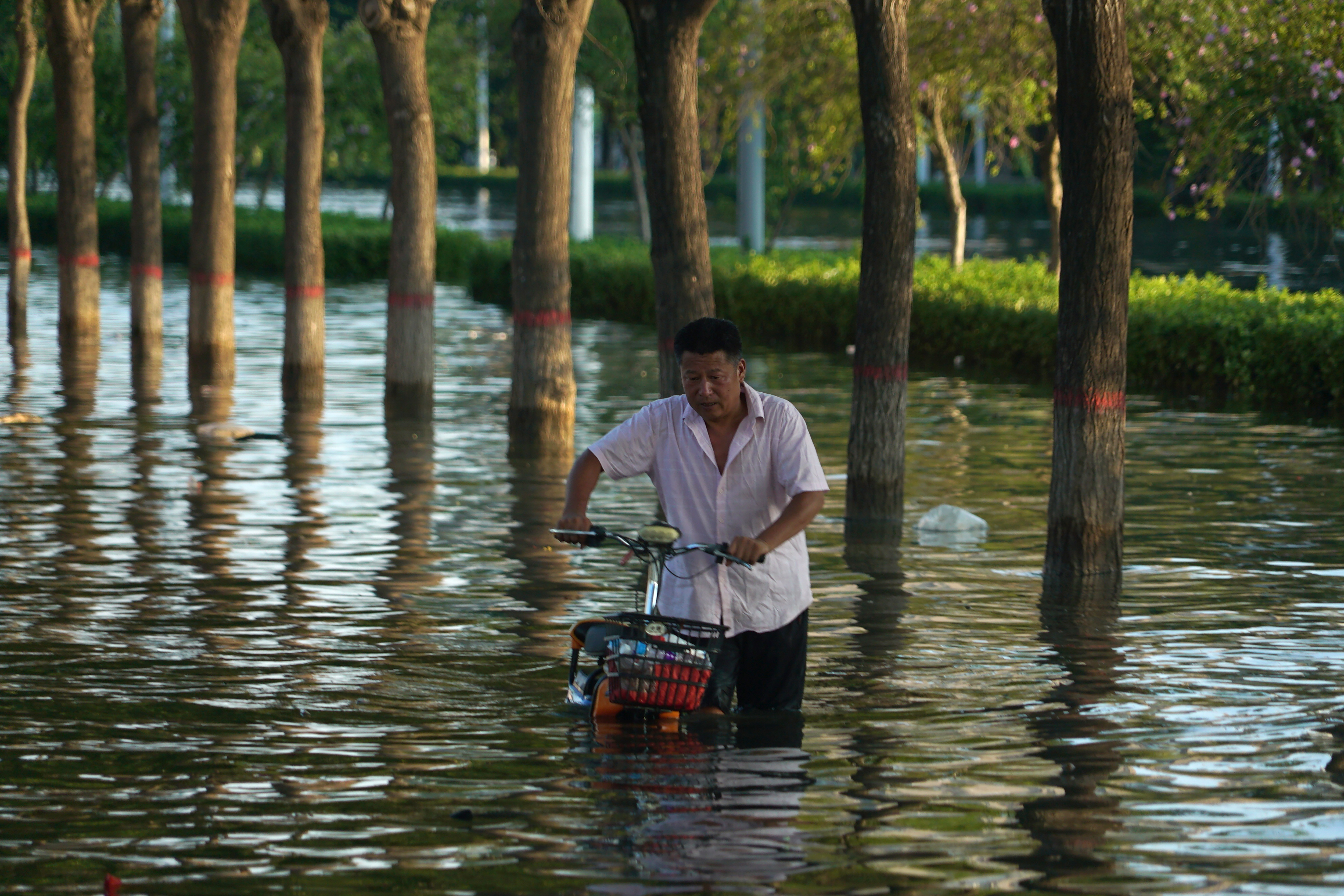 A man pushes a scooter through floodwaters in Xinxiang in central China's Henan province. /AP/Dake Kang

A man pushes a scooter through floodwaters in Xinxiang in central China's Henan province. /AP/Dake Kang

The UK's climate has become warmer, wetter and sunnier this century due to climate change, says an annual report by leading meteorologists, who warn of record summer temperatures of more than 40 degrees Celsius by 2040.

The study published in the The Royal Meteorological Society's International Journal of Climatology, found that last year was the third warmest, fifth wettest and eighth sunniest of record in the UK. It was also the first time a single 12-month period has registered in the top 10 for all three variables.

The UK's temperatures have risen "slightly above" the global mean, says the report. Lead author Mike Kendon, of the National Climate Information Center at the Met Office, says it is "plausible" the country could regularly hit summer temperatures of about 40 degrees Celsius by 2050, even with climate change mitigation policies.

In July 2019, the UK's highest ever temperature recorded was 38.7 degrees Celsius. The report also highlights that 2021 was the UK's third warmest year since 1884.

"It'll start to become something that we see on a much more regular basis."

WATCH: CLIMATE CHANGE ACROSS THE WORLD IN 2021 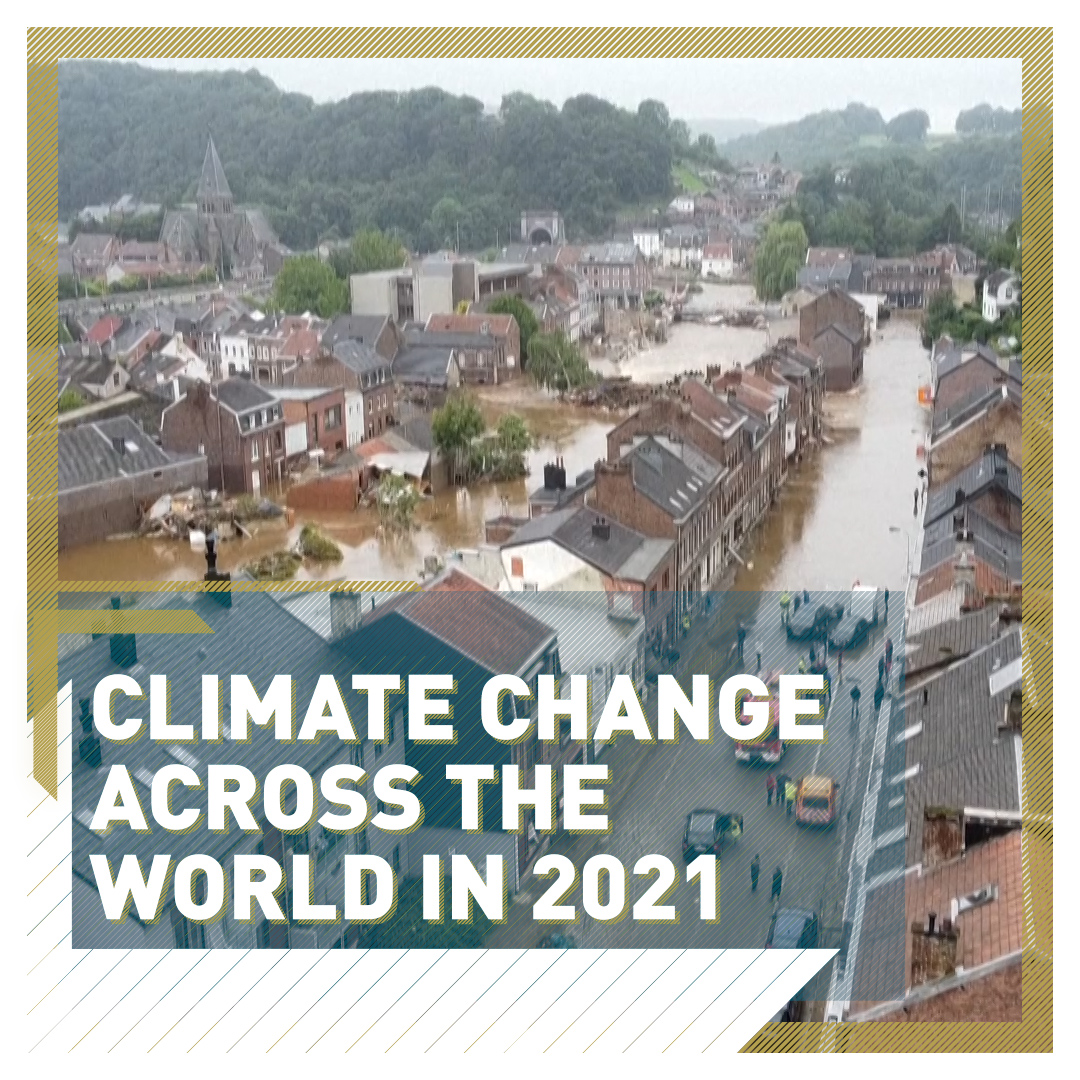 Extreme weather has recently hit every corner of the Earth and no regions will avoid the impact of global warming.

In July, flash flooding in London was subsequently followed by a scorching mini-heatwave and the UK's Met Office issued its first ever "extreme heat" warning. Floods swept across Europe, causing destruction in countries including France, Belgium and Germany, where at least 180 people died.

Flooding has also caused destruction in China, where at least 99 people were killed. Bangladesh and India were also devastated by floodwaters. Extreme weather including mudslides affected some 245,000 people in Sri Lanka and displaced more than 4,300 individuals.

Record-shattering heatwaves have hit countries globally, impacting nations including the U.S. and Australia, as destructive wildfires cover hectares of land following dry winters and red hot summers with strong winds. In Southern Europe the heat has led to the outbreak of wildfires.

The intensity of severe cyclonic storms in the North Indian Ocean region has also increased over the past four years, according to India's Union Ministry of Science and Technology.

WATCH: "CLIMATE CHANGE ISN'T HAPPENING IN SOME DISTANT PLACE FAR INTO THE FUTURE" 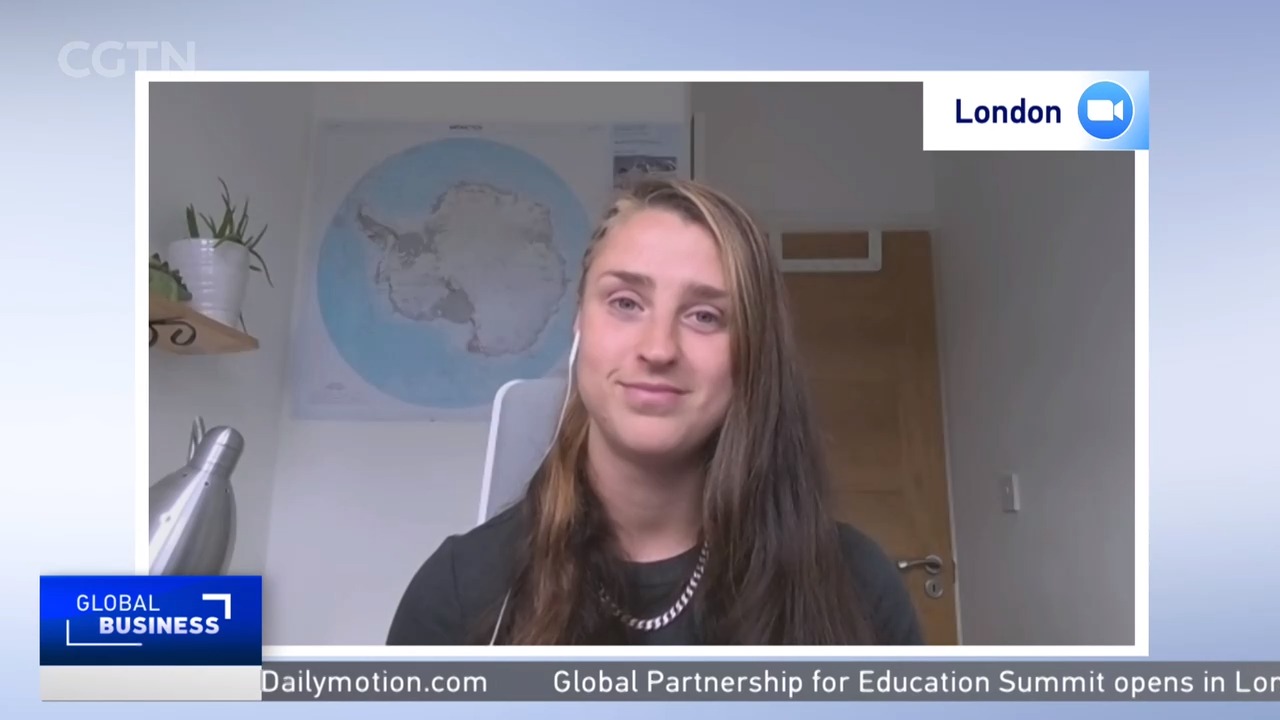 John Kerry, the former U.S. secretary of state-turned-climate-envoy, has called for more adaptation funding to make countries "more resilient," saying at a London Science Museum discussion that "adaptation has not received the level of input and funding that it needs."

He said: "It's got to become a front-and-center issue for governors, mayors, prime ministers, finance ministers."

Germany's Chancellor Angela Merkel also recently said the fight against climate change must go as fast as possible, when recently expressing her concerns about extreme weather in Germany and Europe.

In November, the UK will host the COP26 summit, when countries will aim to agree on collective measures to prevent catastrophic climate change.

Tom Burke, the chairman of environmental think tank E3G, said the gathering would be the first of its kind where "the science of climate change has been validated by events."

"It's no longer what scientists say, it's what people are experiencing ... in their own lives," Burke added.

However, he said UK Prime Minister Boris Johnson needed to be "much more visible" diplomatically ahead of COP26. To which Johnson's spokesman said the issue was "a priority" for the British leader and he was "proud of what this government's doing to tackle climate change."