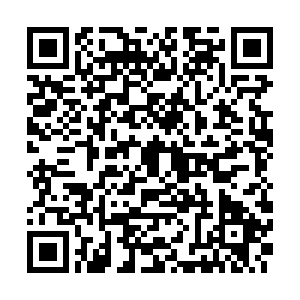 · More than half the population of Germany is now fully vaccinated, Health Minister Jens Spahn said today. He called it "another milestone" for Europe's biggest economy. Adding: "41.8 million Germans now have full protection, while 61.1 percent have received at least one shot. The more people who get vaccinated, the safer we will be in the fall and winter."

· France has managed to vaccinate 50 percent of its population at least once, but it has also recorded a more grim statistic - with 6 million infections now confirmed.

· The Oxford University-AstraZeneca jab did not increase the instances of blood clots for patients after their second dose, a study pre-published in The Lancet medical journal showed. The study found the rate of the very rare and very serious thrombosis to be no worse for those vaccinated with the firm's Vaxzevria jab than for the general population.

· UK ministers are discussing with their American counterparts the prospect of opening travel corridors to the U.S. ahead of the next travel review. Discussions are aimed at allowing fully vaccinated travelers entering the UK to be exempt from quarantine and could be extended to EU citizens.

· Protests in Ireland seem unlikely to change the country's strict rules on guest restrictions at weddings. Brides-to-be dressed in white and held banners outside the Irish Daíl (parliament), but Deputy Prime Minister Leo Varadkar said plans to double the number of guests allowed to 100 in August were unlikely to go ahead due to concerns over the Delta variant.

· Also in Ireland, the government has accepted a recommendation from its vaccine task force to offer jabs to teens to boost the nation's protection from the fast-spreading Delta variant. Children aged 12 to 15 will be offered the Pfizer-BioNTech and Moderna vaccines, while 16 and 17-year-olds can book appointments for any mRNA vaccine.

· UK Prime Minister Boris Johnson cautioned against drawing conclusions from a seven-day decline in cases, telling a London radio station it's too early to assess the figures. "We have seen some encouraging recent data. There's no question about that but it is far, far too early to draw any general conclusions," he said.

· A group of Dutch Olympic athletes who tested positive in Tokyo and were forced to quarantine have won a battle for fresh air by holding a protest. They are now allowed 15 minutes per day by an open window after describing conditions as an "Olympic jail," as taekwondo fighter Reshmie Oogink joked on social media. 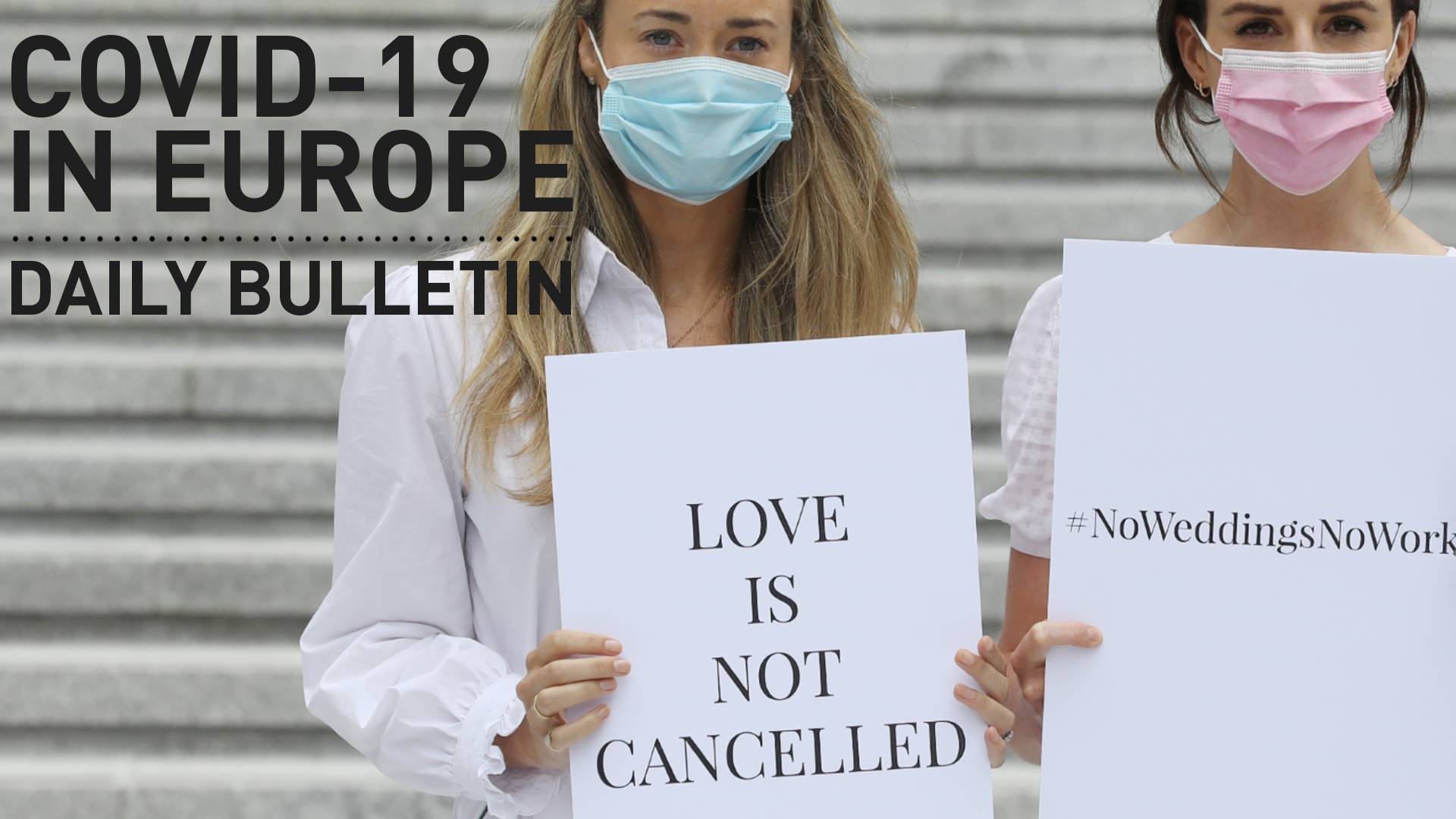 Brides-to-be dressed in white and held banners outside the Irish Daíl in protest at restrictions on wedding guests. /Lorraine O'Sullivan/Reuters

Brides-to-be dressed in white and held banners outside the Irish Daíl in protest at restrictions on wedding guests. /Lorraine O'Sullivan/Reuters

Half the French population has now had at least one dose of a COVID-19 vaccine. As of July 27, 40.7 million people have had their first dose of a Pfizer, Moderna, or AstraZeneca jab or their one and only dose of Johnson & Johnson's vaccine.

But France has also become the fifth country in the world to pass the mark of 6 million confirmed COVID-19 cases, after the U.S., India, Brazil and Russia. The fourth wave of cases is continuing to put more pressure on hospitals, with doctors saying the average age of those they are treating in intensive care is getting younger.

The number of people being treated in hospital is now back above 7,000. President Emmanuel Macron has called on the French public "not to relax or let up, we must keep going and we must get vaccinated."

It was only a matter of time. The number of COVID-19 deaths in Belgium is back on the rise after a surge in new infections in the past month. For the moment, it's incremental, with an average of two deaths a day.

But cases have quadrupled in the past month and experts fear the death rate could also jump in the coming weeks. On average, 1,414 new infections were reported a day in the two weeks through 24 July, an increase of 81 percent.

A relatively strong rate of vaccination could help stave off pressure on the country's healthcare system, which struggled in previous waves. According to Sciensano, more than 83 percent of the adult population received at least one dose, while 68 percent of adults are fully vaccinated.

The UK government is discussing plans to open up international travel by allowing fully vaccinated U.S. and EU citizens to enter the UK without quarantining. An announcement is expected on Wednesday. It would allow families to reunite and provide a significant boost to the tourism industry.

Meanwhile, UK Prime Minister Boris Johnson says it is "far, far too early" to suggest the pandemic has passed and is urging people to remain cautious. It's Johnson's first day back at work after 10 days of self-isolation at home. This was necessary after Health Secretary Sajid Javid tested positive for COVID-19.

Germany's "coronavirus council" – attended by state leaders and Chancellor Angela Merkel's federal government – is meeting again after a months-long hiatus. The 16 state premiers will meet with Merkel and her ministers on August 10 to discuss a fourth wave, which some worry will put pressure on the country's hospital system in the fall and winter months.