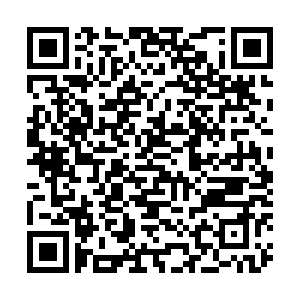 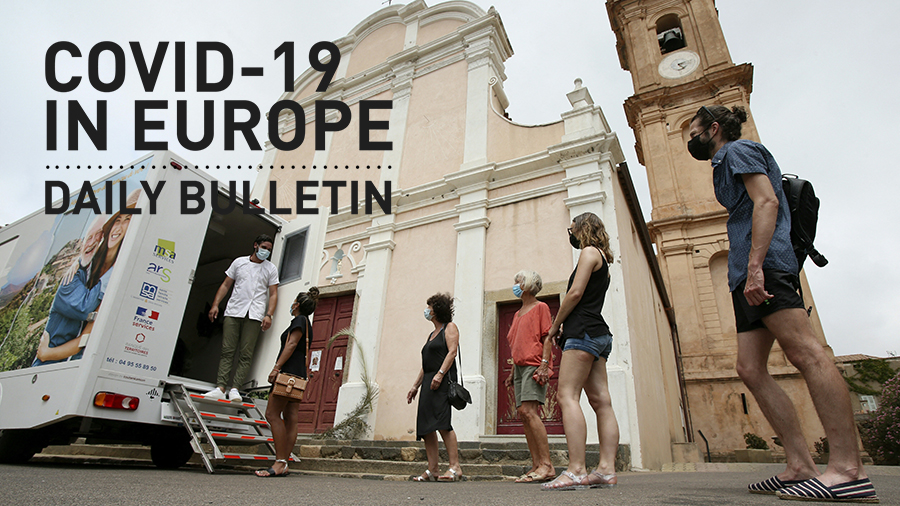 People arrive to be vaccinated against COVID-19 in a 'Vaccibus' in Aregno in the northern part of the French Mediterranean island of Corsica. /Pascal Pochard-Casabianca/AFP

People arrive to be vaccinated against COVID-19 in a 'Vaccibus' in Aregno in the northern part of the French Mediterranean island of Corsica. /Pascal Pochard-Casabianca/AFP

• France's top adviser on COVID-19, Jean-Francois Delfraissy, has warned that a new variant of the disease would likely emerge in the winter months this year. "We will probably have another variant arrive during the winter," Delfraissy, head of the French government's scientific council, told the BFM news channel. He also said a return to normal might not happen until 2023.

• If that sounds bad... the UK government's scientific adviser Jeremy Farrar said he believes COVID-19  is "never going to go away."

• Critical workers in sectors such as health, transport, food and energy in the UK won't have to self-isolate if told by the country's COVID-19 app to do so – as long as the workers are fully vaccinated. The UK government's decision comes after many in the food industry have expressed concern over food shortages and potential closure of food stores for lack of staff.

• UK scientists have found that an eight-week gap between the first and the second dose of the Pfizer vaccine was able to produce higher antibody levels and a higher proportion of T-cells – a part of the immune system that plays a pivotal role in fighting an infection. According to the study, a 10-week interval also produced better immunity results than a four-week gap between jabs.

• The spread of new infections in Spain, which has surged in the past couple of weeks, is finally slowing down. Around 64 percent of its population has had one or two doses of a COVID-19 vaccine, one of the highest proportions in the world. Health Minister Carolina Darias said on Friday that the country is ready for a booster third dose.

• As cases rise in several Spanish tourist hotspots including Benidorm and Alicante, the Valencian government has announced it will reintroduce some restrictions, including a night curfew.

• Belgium's Jelle Geens, a triathlete who had been considered a medal contender at the Olympics, will miss the men's race on Monday after testing positive.

• Australia and New Zealand decided to pull out of the 2021 Rugby League World Cup in the UK over COVID-19 concerns, but the move received criticism from tournament organizers and officials, who described it as "selfish, parochial and cowardly." 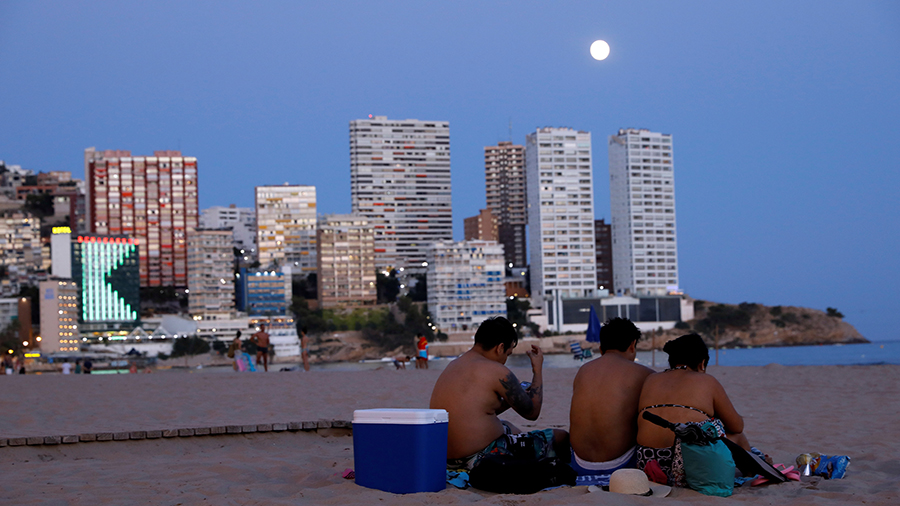 Tourists sit on Benidorm's Levante beach at night. Cases have been surging in the region. /Reuters/Eva Manez

Tourists sit on Benidorm's Levante beach at night. Cases have been surging in the region. /Reuters/Eva Manez

The president of Germany's Medical Association is calling for more protective COVID-19 measures for the beginning of the new school year.

Currently, school children are conducting self-tests every second day, but Klaus Reinhardt wants to see students across the board tested daily before the start of classes, to stem the spread of the highly contagious Delta variant.

Meanwhile, Germany reported 2,089 new infections and 34 deaths over the past 24 hours, bringing the country's incident rate up to 13.2 from 12.2 the previous day.

The total number of reported deaths since the start of the pandemic is 91,492 and more than 3.75 million cases have been recorded in Germany.

Workers supplying and producing food in England will be exempt from self-isolation rules if they come into contact with someone who has tested positive for the virus.

Under previous guidance, they were advised to isolate for up to 10 days when alerted by an official health app.

The latest move is an attempt to avoid food shortages in some parts of the UK. Up to 10,000 workers in the sector will now be exempt from the rules, regardless of their vaccination status.

Separately, officials have released a list of 16 key sectors in the economy where some double-jabbed workers will be exempt.

It follows mounting pressure on the government to ease staff shortages in the economy, as almost 620,000 people received alerts in the second week of July – a record number.

Hungary has slipped further down the COVID-19 vaccine rankings for population coverage, according to the latest data from the European Centre for Disease Prevention and Control.

After remaining in the top few spots for most of the year, 17 countries are now ahead of the Central European nation, which has fallen into the second half of the list. The average country has 67 percent vaccine coverage, Hungary is under that with 66.4 percent.

Last week, 29,000 people in Hungary received their first dose of vaccine, a six-month low. The administration of vaccines has slowed so much that 95 percent of those vaccinated have already received all the required doses.

Meanwhile Poland's health minister says the country will reach the peak of the fourth wave of COVID-19 at the end of August. During a briefing, Adam Niedzielski said "forecasts show that this wave will spread and will culminate at the end of the summer holidays."

Some 126 new cases of COVID-19 were reported on Thursday, while nine more people died from the virus.

French lawmakers have approved the government's proposed legislation to bring in obligatory COVID-19 vaccinations for healthcare workers and impose the health pass.

The pass is currently in operation in theaters, cinemas, museums and sports centers and requires you to show proof of vaccination or of a recent negative PCR test to gain entry to the particular venue.

Senators will start debating the bill from today after last night's vote in favor from the lower house.

The fourth wave of cases in France continues to spread, with 21,900 new cases registered on Thursday, compared with 3,600 last Thursday. Some 22 clusters have been identified in camping sites as the summer holidays continue.

The flare-up on the French Caribbean island of Martinique is described as "very worrying," with an incidence rate of 800 cases per 100,000 people.