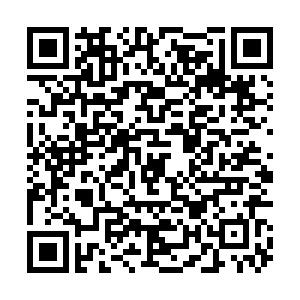 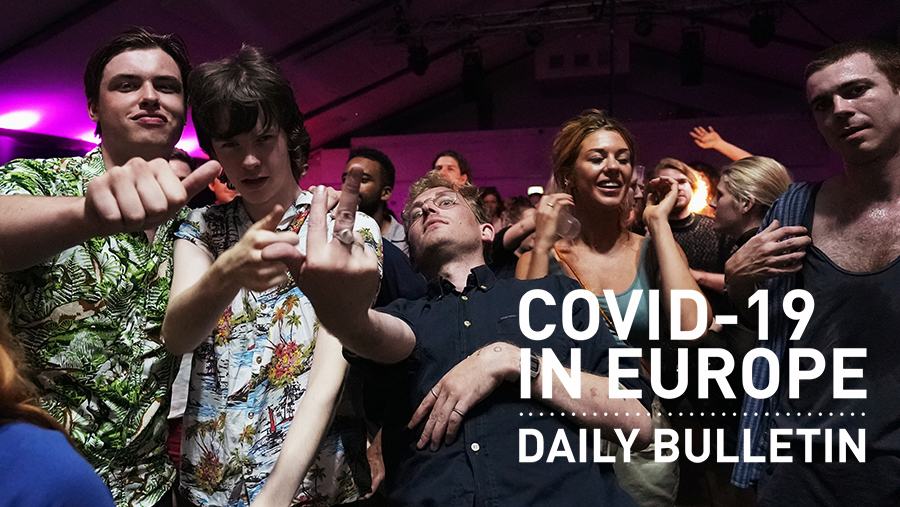 Attendees celebrate during the '00:01' event organized by Egyptian Elbows at Oval Space nightclub, as England lifted most COVID-19 restrictions at midnight, in London. /Reuters/Natalie Thomas

Attendees celebrate during the '00:01' event organized by Egyptian Elbows at Oval Space nightclub, as England lifted most COVID-19 restrictions at midnight, in London. /Reuters/Natalie Thomas

• The UK has lifted all its COVID-19 restrictions on Monday, despite a surge in cases in the country that has alarmed scientists across the world. From midnight on Sunday, nightclubs reopened and other indoor venues were allowed to run at full capacity, while working from home is no longer encouraged and mask-wearing anywhere is no longer mandatory.

- The opposition Labour Party called the move "reckless," following a paper in The Lancet medical journal in which 122 scientists criticized the move as "dangerous and premature."

- UK Vaccines Minister Nadhim Zahawi said children over the age of 12, who are deemed "at risk" or live with adults who are classed as "vulnerable" will be offered COVID-19 vaccines. More than 300,000 12 to 17-year-olds will be offered the jabs.

- A 94-year-old holocaust survivor said an anti-vaccine protest in Paris was "hateful [and] racist" due to comparisons marchers made between COVID-19 restrictions and the Nazis' treatment of Jews and other minorities. Some were seen wearing gold stars, or holding signs comparing vaccine requirements to the concentration camp Auschwitz. "You can't imagine how much that upset me. This comparison is hateful. I wore the star, I know what that is," survivor Joseph Szwarc said in Paris.

• Thousands of anti-lockdown protesters took to the streets in Cyprus on Sunday evening, with demonstrators attacking the Cypriot TV station Sigma TV and torching cars. Cyprus introduced a "safe pass" last week, allowing only those who are vaccinated inside supermarkets, restaurants and other indoor venues. The country is suffering a fourth wave of cases, driven by the Delta variant.

• Czech beach volleyball player Ondrej Perusic tested positive on Monday, the third positive case found at the Olympic Village in Tokyo after two South African footballers were found to be infected on Sunday.

• Australia has cancelled far-right British commentator Katie Hopkins' visa and issued a deportation order against her, after Hopkins boasted about breaking the country's strict 14-day mandatory hotel quarantine. The controversial political commentator was in Australia to participate in a reality TV show.

• A five-day snap lockdown in Melbourne and Sydney was extended on Monday, as the two largest cities in Australia are struggling to contain a new outbreak of the Delta variant.

• About 60,000 Saudi pilgrims gathered at Mount Arafat for this year's hajj - one of the five pillars of Islam and one of the largest religious events. It's the second time the hajj, which normally attracts crowds of more than 2 millions pilgrims, has been hosted under pandemic restrictions. Saudi Arabia's authorities limited the event to fully vaccinated adults aged 18-65 with no chronic illness. They said not a single COVID-19 case was reported among attendants. 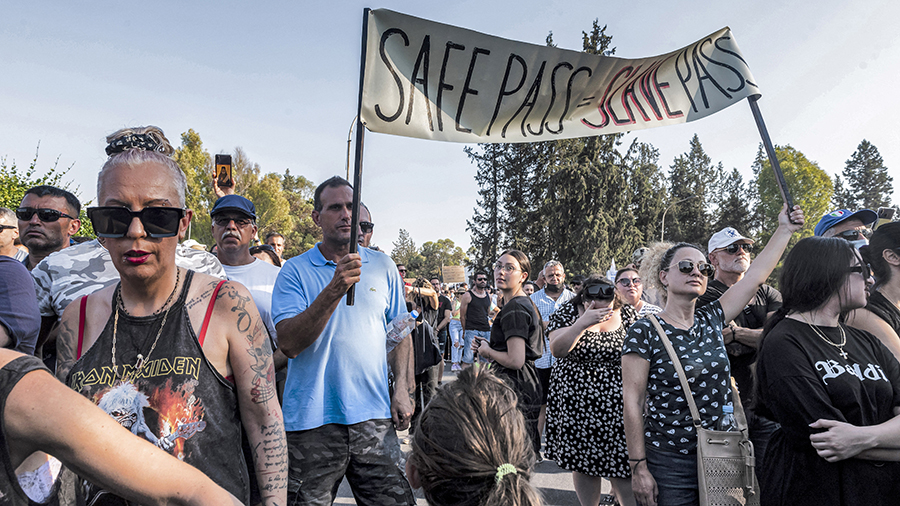 People gather for a demonstration outside the presidential palace in Cyprus's capital Nicosia on July 18, 2021, in protest against new COVID-19 safety measures introduced by the government amid a recent rise in infection figures. /Iakovos Hatzistavrou/AFP

People gather for a demonstration outside the presidential palace in Cyprus's capital Nicosia on July 18, 2021, in protest against new COVID-19 safety measures introduced by the government amid a recent rise in infection figures. /Iakovos Hatzistavrou/AFP

Germany's seven-day incidence rate has risen to 10.3, according to the Robert Koch Institute, with 546 new COVID-19 infections and one death reported in the past 24 hours.

Yet, despite these rising numbers, Germany's minister of economics, Peter Altmaier, is ruling out another lockdown. "As long as there is no threat of overloading the health system, there is no reason for new measures or even a lockdown," he told a local newspaper over the weekend.

Meanwhile, a survey has revealed that more Germans would prefer fewer spectators in the stands during the upcoming Bundesliga football season. This follows the Euro 2020 games, when some matches were played at Munich's Allianz arena with upwards of 20,000 fans allowed to attend.

In many parts of Germany, up to 50 percent occupancy with a maximum of 25,000 people are permitted in arenas. 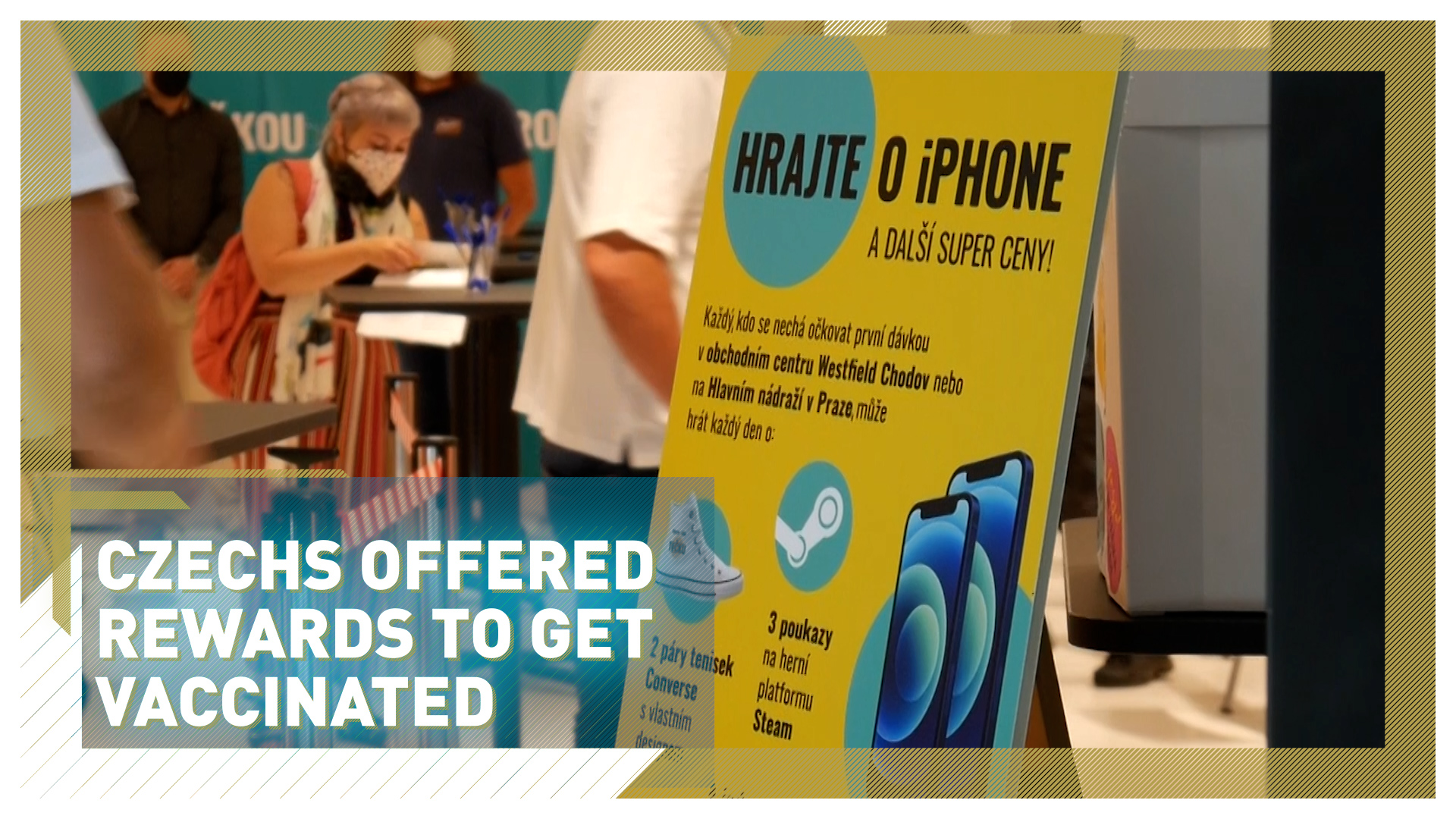 Czechia is close to achieving herd immunity for COVID-19, according to Czech biochemist Zdenek Hostomsky.

From a population of 10.6 million, more than 4 million people are now fully vaccinated. More than 1.7 million Czechs have recovered from COVID-19, according to official data. But scientists believe the number of people who have contracted the virus in the past year is likely to be much higher.

Hostomsky says the main problem for the country now is that more than half a million people aged over 65 are not vaccinated. He said that's why strict hygiene measures need to remain in place and vaccinations increased.

In September, Czech health insurance providers will stop covering the cost of COVID-19  tests, something of which Hostomsky is supportive, due to the levels of immunity.

But the prime minister and the chancellor are both in isolation after the health secretary tested positive for the virus and nearly 50,000 new cases were recorded on Sunday.

Polls suggest that a large proportion of the public remains cautious, that many will still wear masks in public and avoid large gatherings.

But even as vaccinations keep hospitalizations low for now, the test and trace system is creating widespread staff shortages as increasing numbers of people are sent into self-isolation.

One government scientist has prescribed a successful summer as 100,000 cases with 1,000 hospitalizations a day.

A nightly curfew is being reintroduced in one region in southern France due to the surge of the Delta variant.

Bars and restaurants in Pyrenees-Orientales, which is on the Spanish border and includes the city of Perpignan, must close at 11 p.m. for at least the rest of July.

Across the country, the number of new infections registered on Sunday July 18 was three times the figure last week and the highest figure for a Sunday since mid-May.

The government will present its latest anti-COVID-19 law to the Cabinet today. It includes the measures set out by President Emmanuel Macron in his speech last week, such as obligatory vaccination for healthcare workers and the requirement for members of the public to show proof of vaccination or a recent negative test as a "health pass" to access some public places.

CGTN Africa: Tracing origins of COVID-19 should not be politicized: South African official