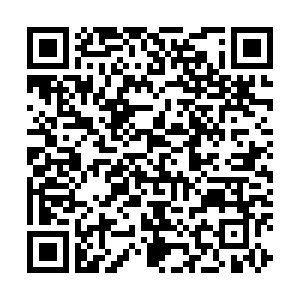 · India cricketer Rishabh Pant has tested positive as the squad prepares for a Test series in England. The Indian players, led by Virat Kohli, are currently in London but will enter a biosecure bubble and leave for Durham later Thursday for a tour match next week. The first Test begins on August 4 in Nottingham.

· Faced with a sudden explosion in the number of cases, regions of Spain are closing nightclubs and establishments with confined spaces. Catalonia, where cases are once again surging, has asked regional authorities for the green light to impose a night curfew in the cities most affected, including the capital, Barcelona.

· Almost 20,000 people demonstrated in France in the name of "freedom" to protest against the announcements of President Emmanuel Macron on the so-called health pass, vaccinations and "dictatorship."

· In Greece, around 4,000 people protested in central Athens against government measures announced to curb the spread of the Delta variant.

· Two doses of a vaccine is essential to protect against the Delta variant of the coronavirus, said the European Medicines Agency, calling on the member states of the European Union to accelerate their vaccination programs.

· More than 100 crew members of the British navy aircraft carrier HMS Queen Elizabeth were infected with COVID-19 during a stopover in Cyprus in early July, according to a British official and media.

· Russia on Thursday reported 791 coronavirus-related deaths, the most in a single day since the pandemic began and the third day in a row it has set that record. Russia is in the grip of a surge in cases that authorities have blamed on the contagious Delta variant and the slow rate of vaccinations. The coronavirus task force confirmed 25,293 new cases in the past 24 hours.

· Germany's President Frank-Walter Steinmeier addressed his compatriots in a video message on Wednesday and urged them to get vaccinated.

· Poland's Prime Minister Mateusz Morawiecki expressed his government's support for vaccinating children under the age of 12. 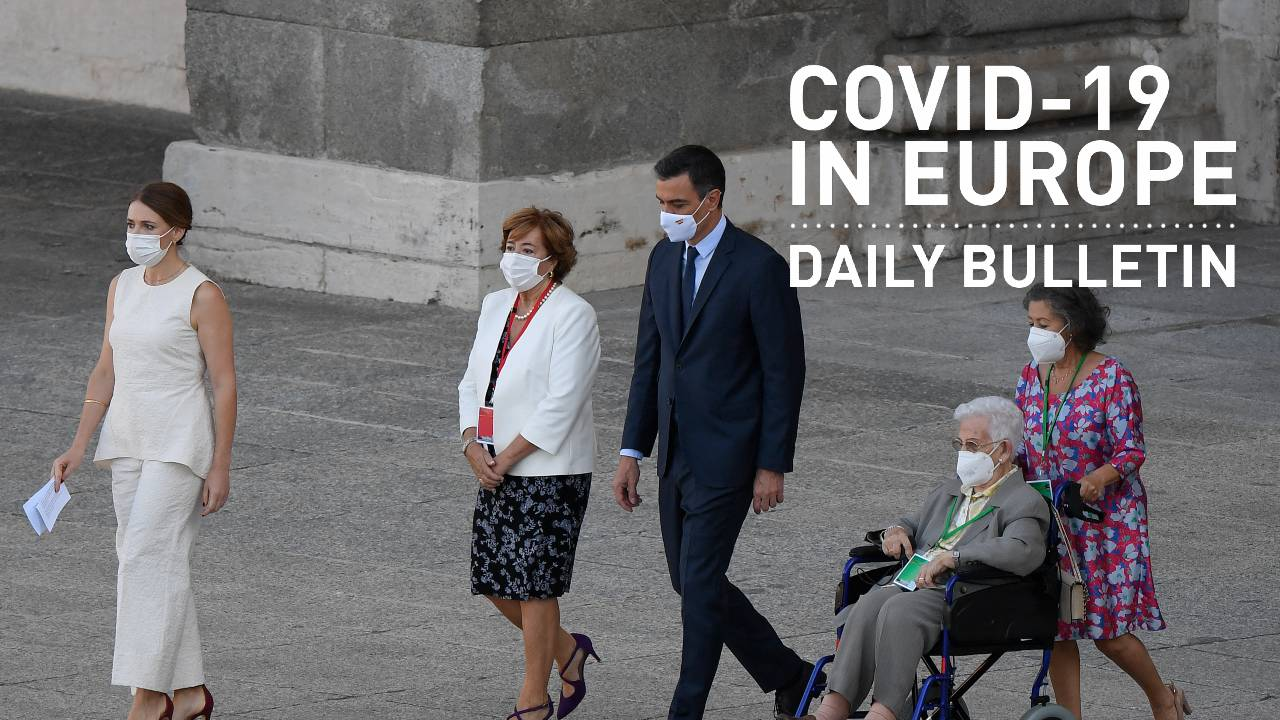 Spain's Prime Minister Pedro Sanchez, center, arrives with Araceli Hidalgo, in the wheelchair, 97, who became the first person in Spain to be vaccinated against the coronavirus. /AFP/Oscar Del Pozo

Spain's Prime Minister Pedro Sanchez, center, arrives with Araceli Hidalgo, in the wheelchair, 97, who became the first person in Spain to be vaccinated against the coronavirus. /AFP/Oscar Del Pozo

The latest data from Germany's Robert Koch Institute (RKI) show there have been 1,642 new infections in the past 24 hours, a 69 percent increase compared with the same day last week and an indication of the impact the Delta variant is having.

The RKI has also revealed the Delta variant now accounts for 74 percent of all of Germany's cases – up from 60 percent a week earlier. Health experts say they are now in a race against time, with a renewed push to get more people vaccinated.

Several businesses have joined the effort, including IKEA, which will offer drive-through vaccinations at several German stores this weekend.

After consistently being in the top two spots for vaccine coverage in the European Union and European Economic Area for most of the year, Hungary is now 11th. There has been a significant slowdown in first-dose vaccines over the past few months, with the program winding down and large vaccination points being closed.

Hungary's COVID-19 vaccination coverage stands at  66.2 percent, while Iceland has reached 90 percent, Malta 82.4 percent, and the Netherlands have recorded 82.1 percent.

Hungary is leading the number of under-18s vaccinated, with 11 percent receiving a jab. More than 5.55 million people have had a first dose in Hungary, while 5.25 million have had a second dose.

The French government says it wants to increase the time that people testing positive have to spend in self-isolation. Ministers want people to spend 10 days in isolation – up from the current period of a week – if they test positive.

Approximately 20,000 people participated in protests across France on Wednesday against the new restrictions concerning the so-called health pass. People will have to show it as proof of having either been vaccinated or recently tested negative to access many public places from the start of August.

Air France's Paris-Tianjin route is still suspended for a flight due to leave today, July 15. The French carrier says its flight on July 8 was also canceled.

China forced Air France to suspend the route after six positive cases were found on arrival in Tianjin at the end of June. France has also decided to suspend flights from Chinese companies among the three that serve France: Air China, China Eastern, and China Southern.

CGTN Europe: When is it right to make vaccinations mandatory?

CGTN China: Tracing origins of COVID-19 should not be politicized: South African official