Download
EU-Slovenia row: Who said what and why?
Patrick Rhys Atack 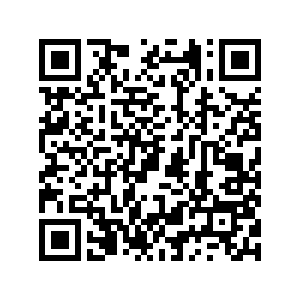 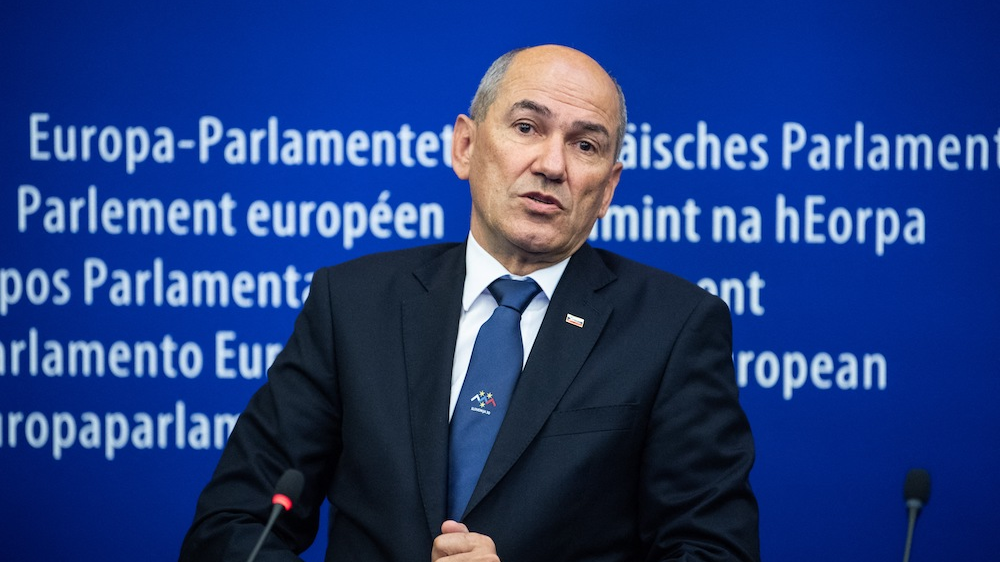 Slovenia holds the European Council presidency, but its Prime Minister Jansa is not the Council's President. /AFP/Patrick Herzog

Slovenia holds the European Council presidency, but its Prime Minister Jansa is not the Council's President. /AFP/Patrick Herzog

The European Union's top foreign affairs official said Slovenia's Prime Minister Janez Jansa "does not represent" the EU on exterior issues, after comments he made on Iran.

"Foreign policy remains a competency of [EU] member states and each member state can have the opinion that it sees fit," he said.

In a video posted online, Jansa said the EU should investigate Iran's President-elect Ebrahim Raisi over allegations he was involved in executions in the 1980s.

"For nearly 33 years, the world had forgotten about the victims of the massacre. This should change," Jansa said.

Iran's Foreign Minister Mohammad Javad Zarif then called Josep Borrell and asked if Jansa represented the EU's policy with his comments, according to the EU's top diplomat.

Borrell told a press conference he reassured Zarif that Jansa was representing his own views alone.

"In our institutional setting, the position of a prime minister — even if he's from the country that holds the rotating Council presidency — does not represent the position of the European Union," Borrell said he explained.

"Foreign policy remains a competency of [EU] member states and each member state can have the opinion that it sees fit for each issue of international politics… For me, it's only to say whether this position [by Jansa] … represents the European Union. And certainly it does not," he added. 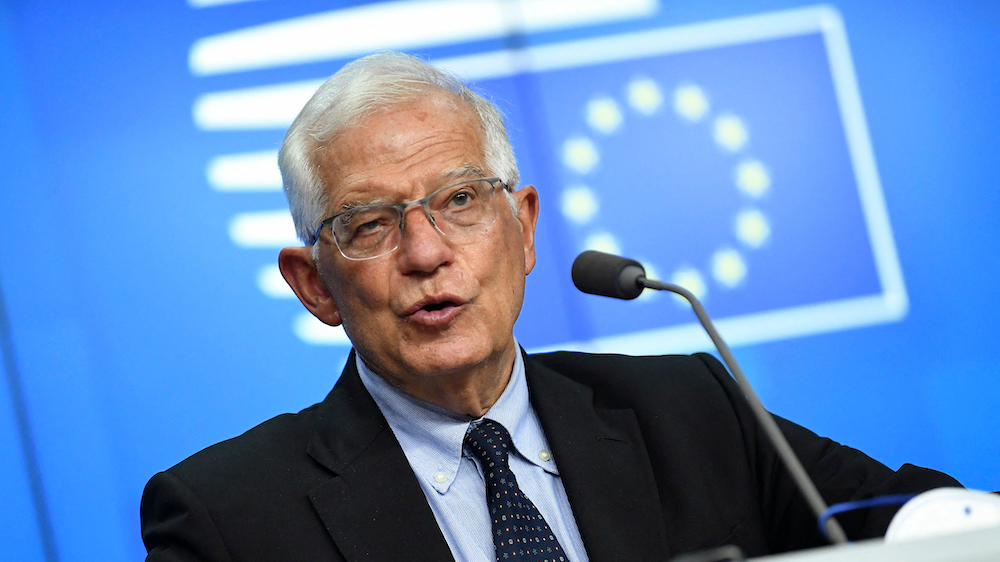 Who are these people?

The 74-year-old Spanish politician is responsible for all actions the EU takes outside its own borders. He's also a Commission vice-president, so he reports to President Ursula Von Der Leyen.

He had a 20-year career in Spain's parliament, before a stint as President of the European Parliament between 2004-07. After a period in academia, Borrell returned to politics as Foreign Minister of Spain in 2018 and moved to his current role in 2019.

Jansa, 62, is serving his third term as leader of Slovenia, but his career has been far less smooth than his current position might suggest.

Jansa was a key figure in Slovenia's breakaway government during the Balkan conflicts following the collapse of Yugoslavia. In his youth, Jansa was a communist, but he's drifted rightwards throughout his life – and was even labeled "the Slovenian Trump" by German newspaper Der Spiegel.

Between his second and third terms as prime minister, Jansa's government was ousted and he was sentenced to prison on corruption charges. For several reasons the case collapsed and in 2020 he regained power.

At the start of July, days after Slovenia took the EU presidency, Jansa sided with Hungary's Prime Minister Viktor Orban in his dispute with the EU over anti-LGBT+ laws. He warned against "imaginary European values," allegedly pushed by Western Europe on the East.

What is a rotating presidency and why does it matter?

The European Council is perhaps the least understood of the three parts of the EU, but essentially it's a council of all the member states' leaders.

Every six months, the presidency of the council rotates between the 27 member states. During this period, the presidency chairs meetings at every level in the Council, and sets the agenda – but also aims for continuity with the other states.

That's why Borrell said the European Council's views on foreign policy will continue to be under the remit of Charles Michel.