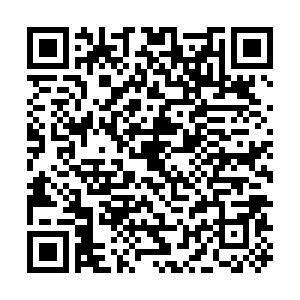 Belarus opposition leader Sviatlana Tsikhanouskaya is still protesting the outcome of the Aug 9 election, here in Vilnius, Lithuania in May. Reuters/Janis Laizans/File Photo

Belarus opposition leader Sviatlana Tsikhanouskaya is still protesting the outcome of the Aug 9 election, here in Vilnius, Lithuania in May. Reuters/Janis Laizans/File Photo

Ukraine's government has proposed the introduction of personal sanctions against 52 Belarusian officials, including President Alexander Lukashenko's son Viktor, the detailed text of its resolution published on Friday showed.

Belarus faced a political crisis following an August 9 election marred by vote-rigging allegations that led to mass protests against Lukashenko, who has been in power since 1994.

The government in Kyiv decided on Wednesday to propose sanctions against Belarusian officials involved in "falsifying" the results of the 2020 presidential election and human rights violations but did not give names or details.

Friday's text said personal economic sanctions against Minsk officials will be imposed for a three-year period and include a ban on visits and transit through Ukraine and an asset freeze.

Among those targeted are almost all current and former leaders of the interior ministry, state security committee (KGB), presidential advisers and aides, and heads of the prosecutor general's office and the central election commission.

The decision on sanctions was made by the government and submitted to President Volodymyr Zelenskiy's security and defence council. If the council approves, it will be enacted by presidential decree.

Ukraine froze contact with neighboring Belarus last year and joined with the European Union in condemning the elections as not free or fair.