Download
Why is the UK government no longer worried about COVID-19 cases?
Thomas Wintle 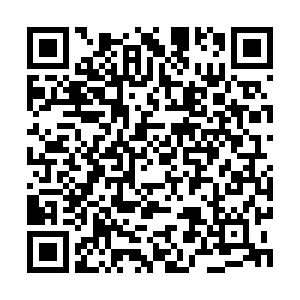 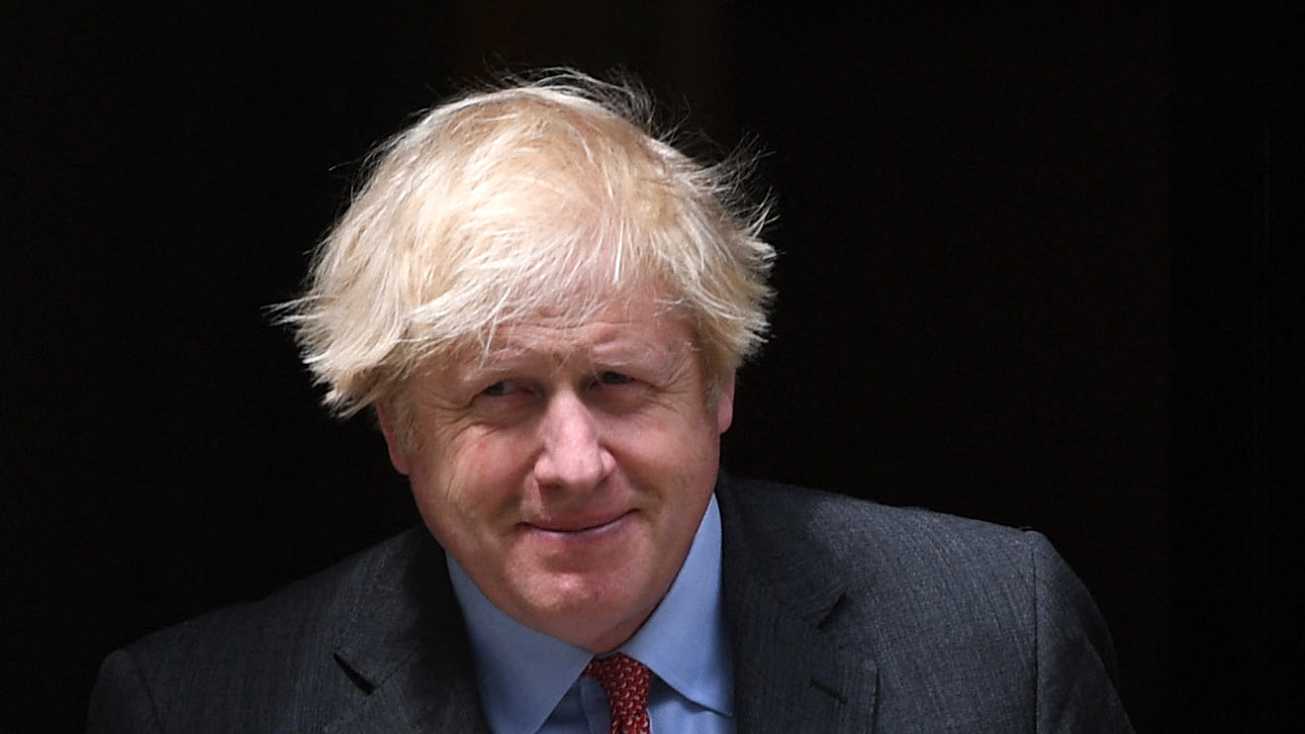 UK Prime Minister Boris Johnson is expected to say people will have to learn to live with the coronavirus. /Jonathan Buckmaster/Pool/Reuters

UK Prime Minister Boris Johnson is expected to say people will have to learn to live with the coronavirus. /Jonathan Buckmaster/Pool/Reuters

UK Prime Minister Boris Johnson has announced he plans an end to nearly all COVID-19 restrictions in England from July 19, despite coronavirus cases rising to higher levels, and at a faster rate, than anywhere else in Europe.

In contrast to countries such as Australia, New Zealand and China, which seek to stamp out new infections and lock down areas where fresh cases emerge, England is set to axe rules on social distancing, face coverings and working from home, with a final decision to be made on the removal of measures on July 12.

Here's why Johnson's government has decided it no longer needs to focus on the numbers of COVID-19 cases. And what the consequences might be. 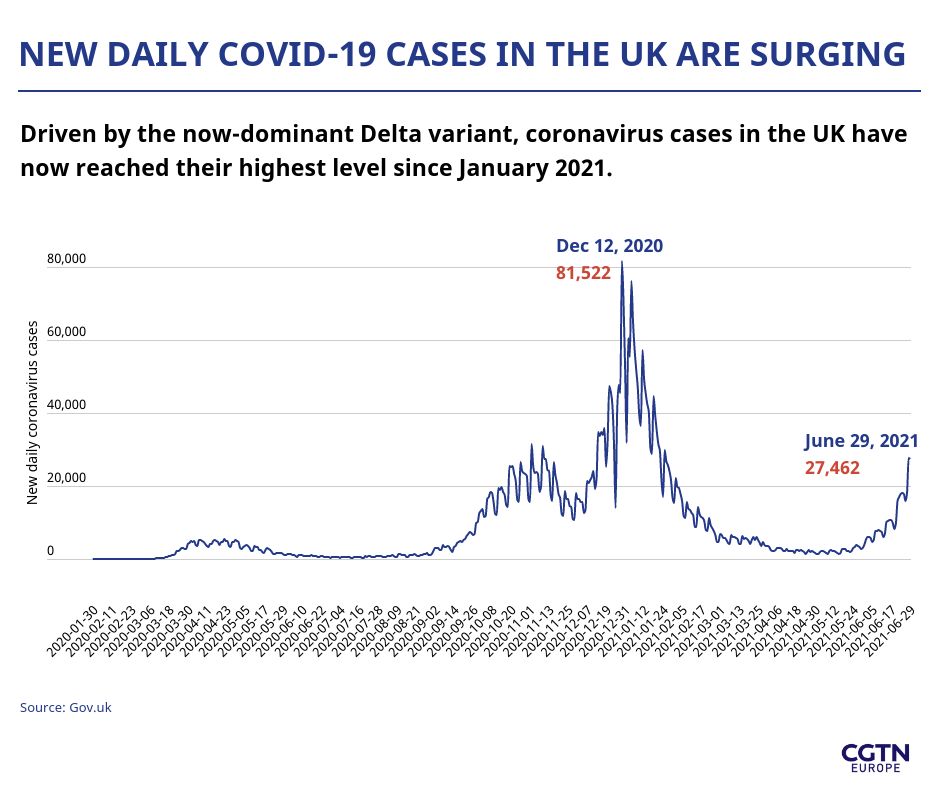 Driven by the now-dominant Delta variant, coronavirus cases in the UK have reached their highest level since the peaks of January 2021, with more new daily infections than the whole of the EU combined. Over the past week alone, Britain reported 173,662 new infections, an increase of 66.9 percent compared with the week before.

But after imposing the strictest restrictions in the country's peacetime history last year and reimposing them at the start of this year, which brought down case numbers, Johnson began the process of "irreversible" opening up of society in April.

This should have culminated in remaining restrictions going in mid-June, but that was delayed by a month amid rising cases. The aim was then to allow all adults to be offered at least one COVID-19 vaccination by the delayed opening up date of July 19.

Since the decision to delay the full removal of restrictions, COVID-19 cases have continued to rise rapidly, but government ministers have said the rise in cases is not something that will change their plans – they have said the full healthcare figures suggest vaccination has broken the link between COVID-19 cases and people getting sick enough to end up in hospital or death.

As a result, Johnson has said people will have to learn to live with the coronavirus as they do with other viruses – so some level of hospitalizations, serious illness and deaths related to COVID-19 will continue. 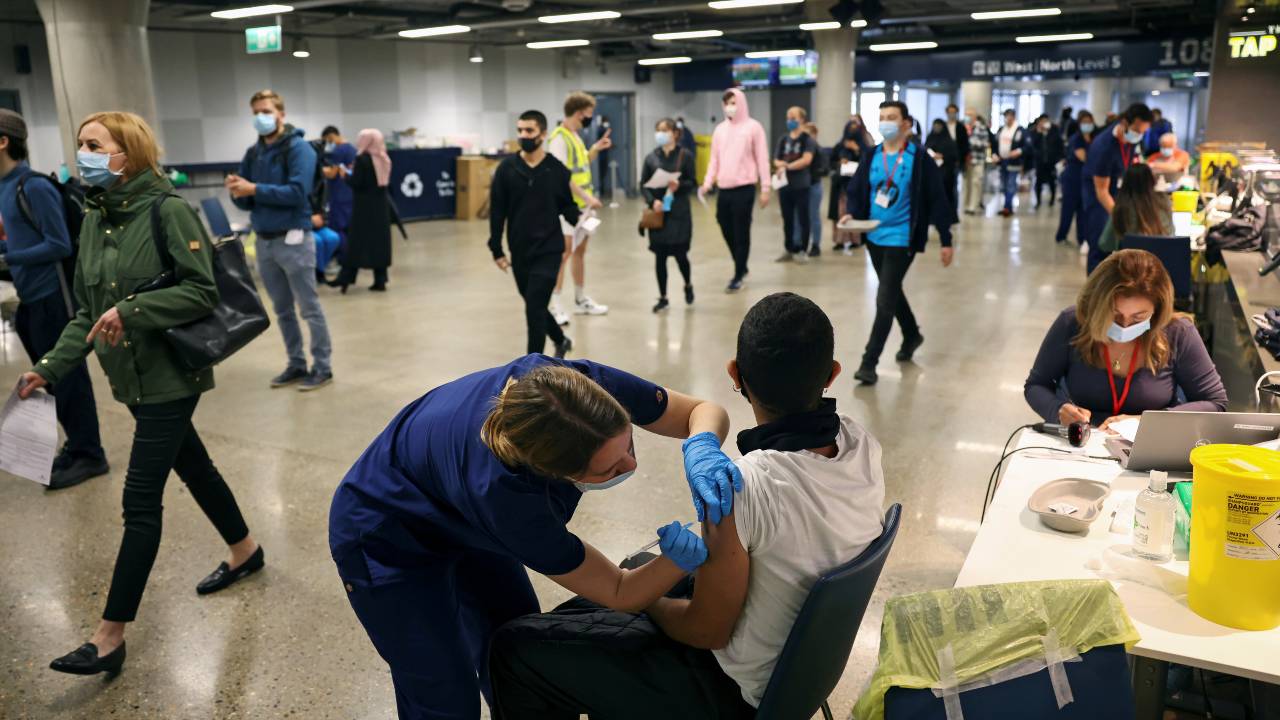 More than 86% of adults in the UK have received a first dose of a coronavirus vaccine. /Henry Nicholls/Reuters

More than 86% of adults in the UK have received a first dose of a coronavirus vaccine. /Henry Nicholls/Reuters

The key government reasoning for this decision is the UK's vaccination rate. Take-up of vaccines in Britain has been strong, with 86 percent of adults receiving a first dose and 64 percent two doses as of Sunday.

Data from Public Health England show that two inoculations are highly effective in staving off severe illness from the Delta variant, which has been vital for protecting older people and those vulnerable to the virus. Hospitalizations and deaths are also going up more slowly than cases.

"Thanks to the successful roll-out of our vaccination program, we are progressing cautiously through our roadmap," Johnson said, pledging to "restore people's freedoms." But inoculations aren't the only factor affecting the government's decision. 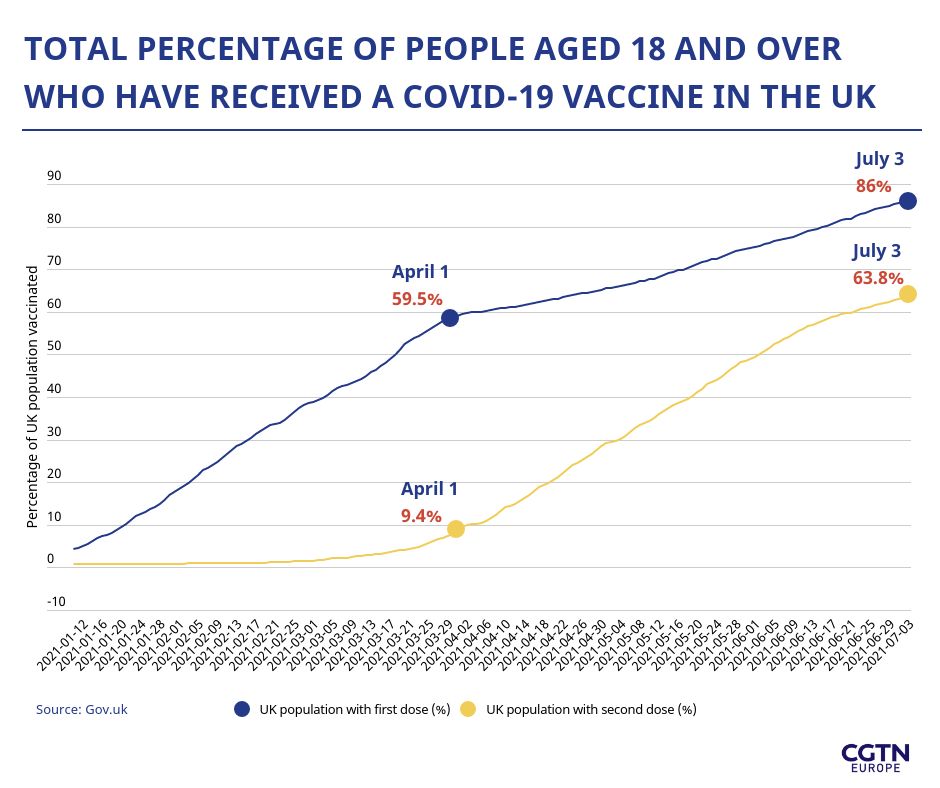 The UK's former chancellor and business secretary, Sajid Javid, who recently took charge of Britain's health ministry, has said that despite rising caseloads, the economic case for avoiding lockdown was clear, particularly for the country's most vulnerable.

During the UK's first lockdown in April 2020, gross domestic product (GDP) dropped by 25 percent compared with two months earlier, with the figure 6 percent lower in March 2021 than before the pandemic.

According to a government report, workers from an ethnic minority group, women, young workers, low-paid workers and disabled workers have been most negatively economically impacted by the pandemic. 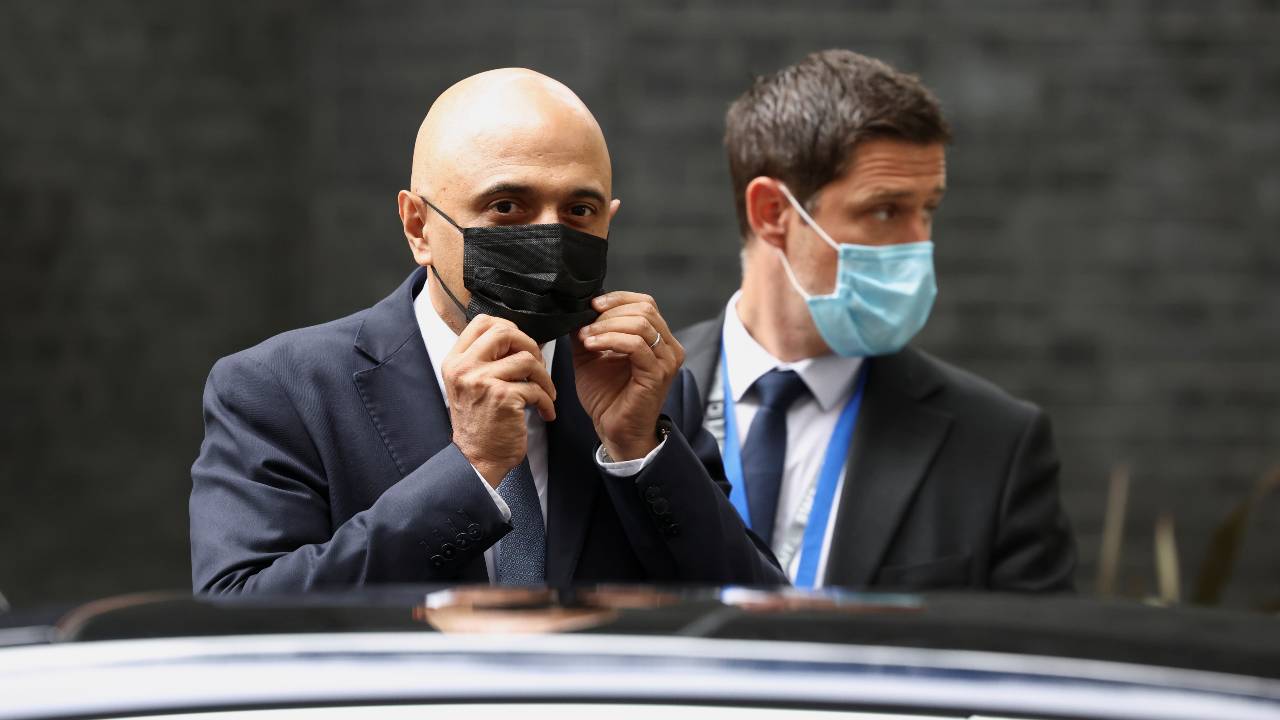 But Javid said the health arguments for lifting restrictions were "equally compelling." Writing in UK newspaper The Mail on Sunday, the minister said: "Rules that we have had to put in place have caused a shocking rise in domestic violence and a terrible impact on so many people's mental health."

He added that because of the pandemic, the government estimated about 7 million fewer people than normal came forward for healthcare, implying that lifting coronavirus measures could help remedy the UK's National Health Service's patient backlog.

"I know many people will be cautious about the easing of restrictions – that's completely understandable," wrote Javid.

"But no date we choose will ever come without risk, so we have to take a broad and balanced view. We are going to have to learn to accept the existence of Covid and find ways to cope with it – just as we already do with flu."

Boris Johnson's governing Conservative Party has traditionally been positioned as wanting to avoid state involvement in people's lives if it can. Indeed, many Conservative MPs have been unhappy with government decisions impacting their personal liberties during the pandemic, such as telling people they have to wear masks.

This is now translating directly into government policy, exemplified by housing secretary Robert Jenrick's recent statement on Sky News that wearing face coverings in England would become a personal choice: "It will be a different period where we as private citizens make these judgments rather than the government telling you what to do."

But the cabinet's emphasis on personal judgment has been met with concern by some scientists, who worry that hospitals and medics could yet be stretched once again if the Delta variant – 60 percent more transmissible than the Alpha variant – is not contained, or new strains of the virus emerge. 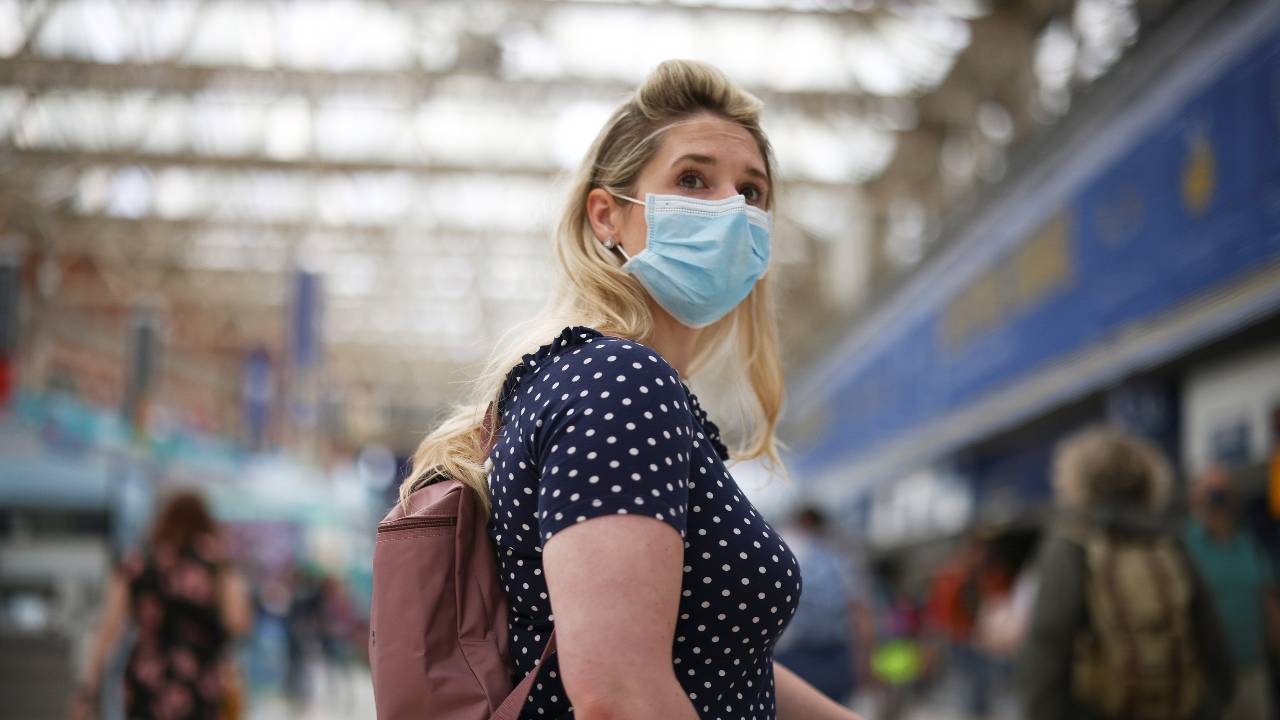 Following the government announcement on face masks, the British Medical Association said it still wanted people to continue using face masks past July 19. And according to the WHO's Mariangela Simao: "Vaccine alone won't stop community transmission. People need to continue to use masks consistently, be in ventilated spaces, hand hygiene ... the physical distance, avoid crowding."

The government's reliance on vaccines also brushes off the fact that most under-30s have only just received one shot, and millions of British adults are yet to be vaccinated at all. And it remains unclear when or if UK scientists will recommend that 12 to 17-year-olds should be inoculated. 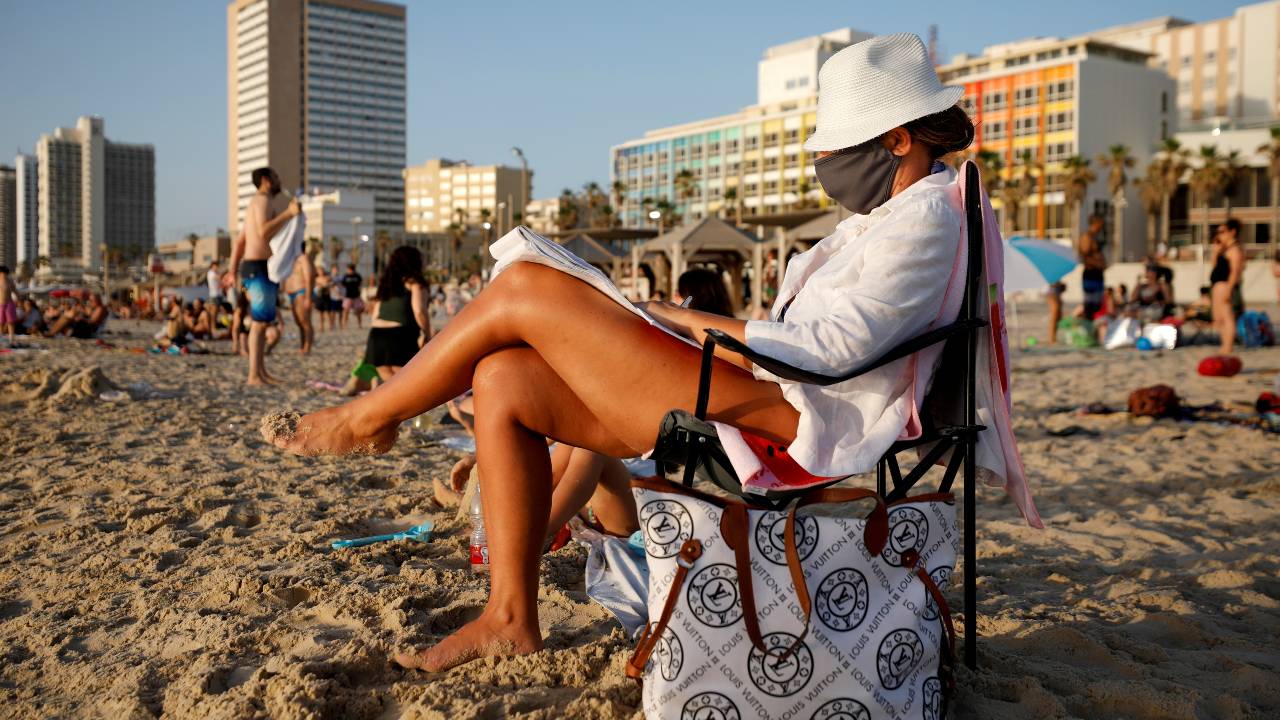 A woman wears a face mask as she sits by the Mediterranean Sea in Tel Aviv. /Amir Cohen/Reuters

A woman wears a face mask as she sits by the Mediterranean Sea in Tel Aviv. /Amir Cohen/Reuters

While the risk of severe disease for children is low, without vaccines, the virus will continue to spread. Around 2 million people in England are already thought to have suffered some long-lasting symptoms, known as "Long COVID," with questions remaining about the possible long-term impact on children and young adults' health.

There is also the concern that the more cases there are anywhere, the more chance there is of new variants emerging – especially if there is a high circulation of the virus in a country with a high level of vaccinations.

The poster boy country for vaccination has been Israel. But there the government had stricter restrictions to keep down cases while it rapidly vaccinated its population – and even now it has now reimposed tougher measures to curb a rise in new infections.

The UK's decision also begs the question of what the impact of letting the virus spread will have on other countries' attitude to travelers from England, just as the country builds up to its traditional summer holiday travel season.

READ MORE: What is the best face mask to protect from COVID-19?