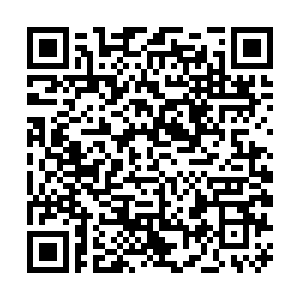 In 10 years, the German city of Duisburg has become one of China's main connections to Europe.

It sits at the confluence of the Rhine and Ruhr rivers, it has become known as "Deutschland's China-Stadt," or "Germany's China City." It has a special relationship that started with trade but has evolved in recent years to include cultural ties.

This town was built around steel and coal production, but as those industries have been in decline over the past 20 years, Duisburg has found a new identity as a European logistics hub.

"Duisburg has faced a huge and tremendous change in the economic structure," said Rasmus Beck, CEO of GWF Duisburg.

Detained Belarus journalist Roman Protasevich says 'no one beat me'

It's the world's largest inland port and it's capitalized on rail lines that go non-stop to Wuhan, China, in just 14 days.

Many of the containers arrive in Duisburg carrying electronics, children's toys and clothes made by Chinese factories. On the return, they're often carrying European goods such as French wines and German cars.

"We are always on the search for new business opportunities and, of course, for the potential of new jobs," Beck said.

European trade with China reached record levels in 2020, despite the COVID-19 pandemic. Exports of EU goods increased by 2.19 percent and imports went up by 5.6 percent to $464.8 billion.

Demand for Chinese-made goods outweighs the intake of products made in the EU. However, that's beginning to even out as more German and European firms are given access to Chinese markets through local initiatives.