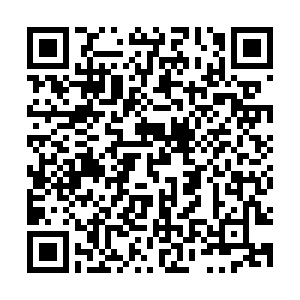 The European Central Bank raised its growth and inflation outlooks on Thursday but promised to keep ample stimulus flowing, fearing that a retreat now would accelerate a worrisome rise in borrowing costs and choke off recovery.

ECB President Christine Lagarde said policymakers agreed to make further emergency purchases over the next quarter "at a significantly higher pace" than during the first months of the year" but gave no further detail about the expected levels.

"We are going to do that in next three months according to market conditions, which clearly include seasonality," she told a news conference, referring to the typically lower levels of liquidity in Europe's summer months.

She said the group reached the conclusion that the central bank should keep a "steady hand" on its fiscal policy.

The 19-country eurozone has relied on copious ECB quantitative easing to finance ballooning government deficits, leaving the economy especially vulnerable to any curbing of stimulus. The ECB has bought around 80 billion euros ($97bn) worth of debt per month under the Pandemic Emergency Purchase Programme (PEPP) this quarter, up from around 62 billion euros ($75bn) in the first quarter.

Markets largely shrugged off the news as hints from board members including Lagarde had made clear the ECB would err on the side of caution and not risk an early tapering of the bank's 1.85 trillion euro ($2.25 trillion) PEPP.

Maintaining its long-standing guidance, the ECB also said the PEPP would last until March 2022 and that it reserved the right to buy less than its purchase quota or increase it as needed to "maintain favorable financing conditions."

The bank had been forced to revise recovery forecasts this winter as Europe's vaccine roll-out struggled to pick up steam and the continent was slammed with second and third waves of COVID-19.

However, some analysts worry Europe's loose monetary policy is causing the economy to overheat. The bloc's largest economy, Germany, recorded a jump in inflation by 2.4 percent in May, the highest rate since 2018.

"The reopening of the economies will now bring many price markups in the sectors hit the most by the lockdowns, be it as a result of regaining previous losses or passing through higher costs," wrote ING Economist Carsten Brzeski in a research note before today's ECB announcement.