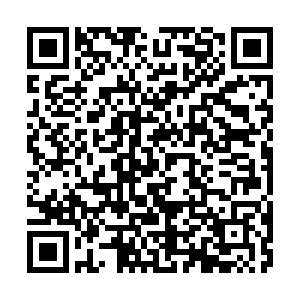 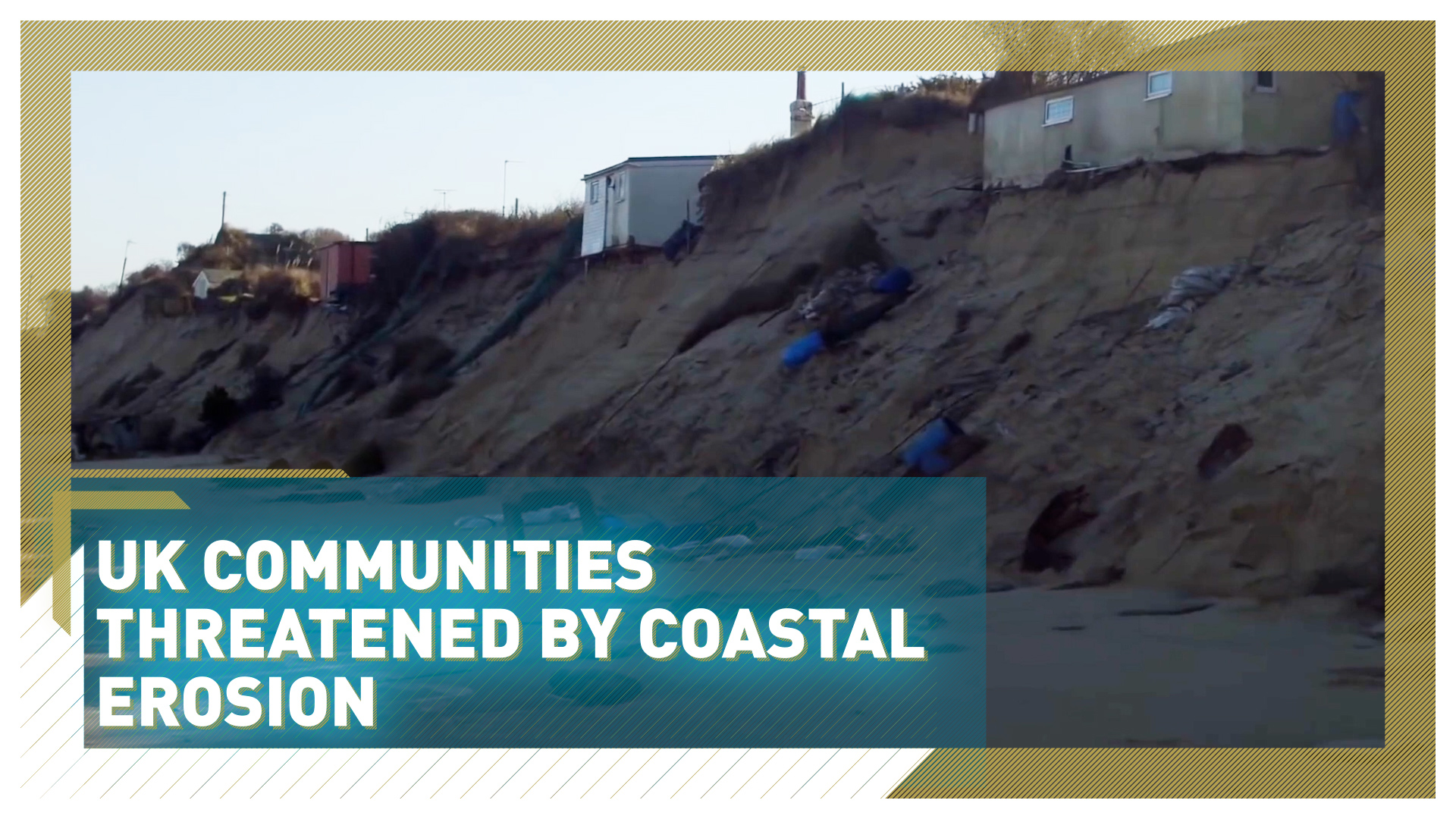 Wide, sandy beaches stretch into the distance from the village of Hemsby on Britain's Norfolk coast. But it is nature that makes this such a popular seaside destination that is also a source of despair for residents.

The picturesque seafront is eroding faster than ever before, buffeted by increasingly extreme winter storms and higher tides. Around twenty meters of sand dunes have crumbled into the sea within the last decade.

"Every high tide, the water is hitting the dunes and taking more and more sand away," says Ian Brennan, Chairman of the local campaign group 'Save Hemsby Coastline.'

The Save Hemsby Coastline campaign is calling on authorities to invest in more robust sea defenses to protect the community. In 2018, an entire row of seafront homes collapsed onto the beach.

Now others perch precariously on the last line of dunes left standing. If those fall, the village would be even more exposed to the elements. 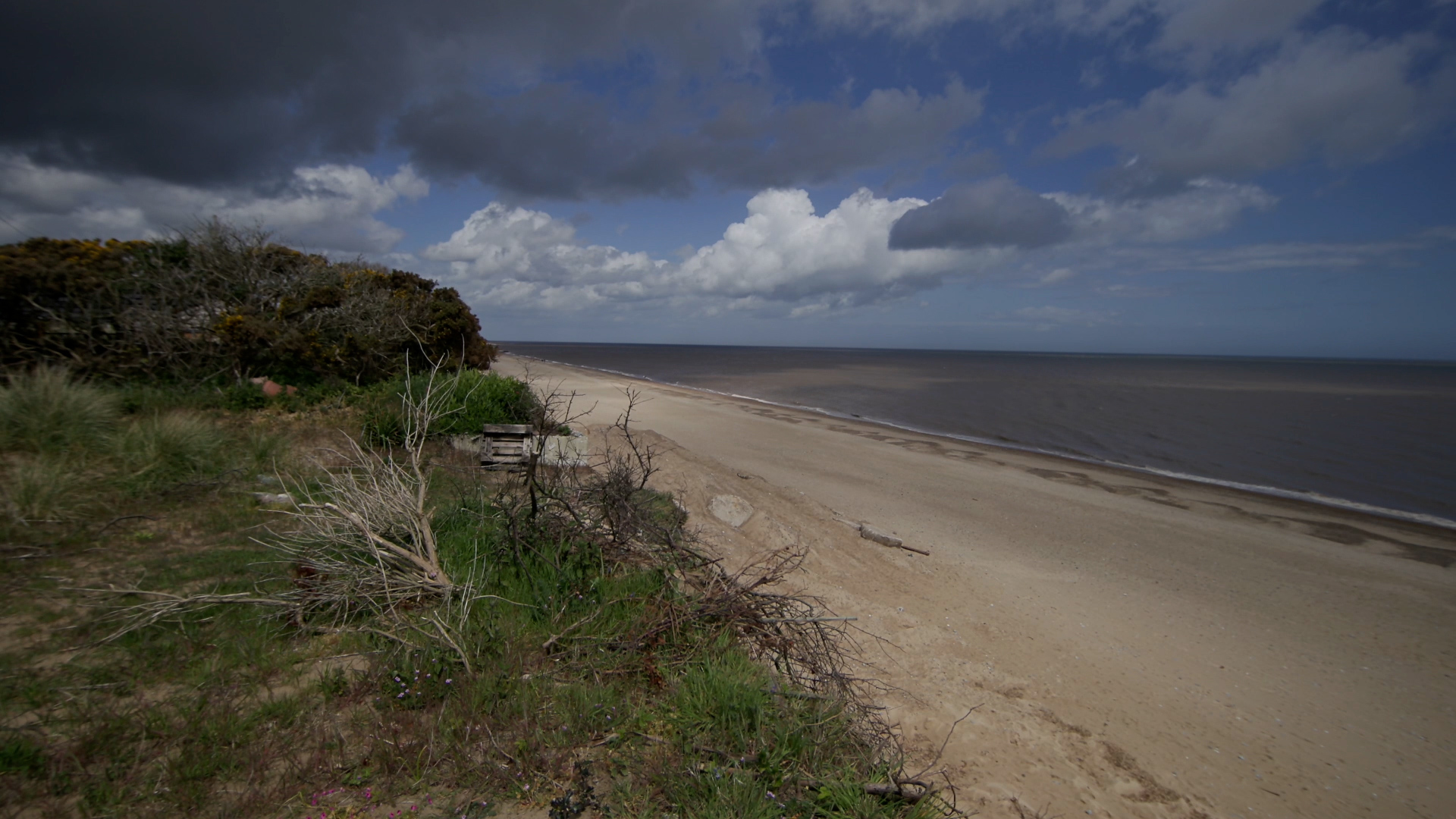 The Norfolk coast is a popular destination for Britons thanks to its award-winning, Blue Flag beaches. /CGTN

The Norfolk coast is a popular destination for Britons thanks to its award-winning, Blue Flag beaches. /CGTN

Warning signs peppered throughout the dunes are a stark reminder of the potential hazard to the public.

"It's inevitable some homes will be lost in the next twenty years. 'How many?' is the thing we're talking about," says Ian Brennan. "So, we need to minimize that as much as possible. And what we need really is fast action."

"Sea levels are predicted to rise by around about a meter by the end of this century if we do nothing to mitigate climate change," says Ella Gilbert, a Climate Scientist at the University of Reading's Meteorology Department.

"But that number is not completely certain because it's hard to predict the future and it depends on a lot of different factors." 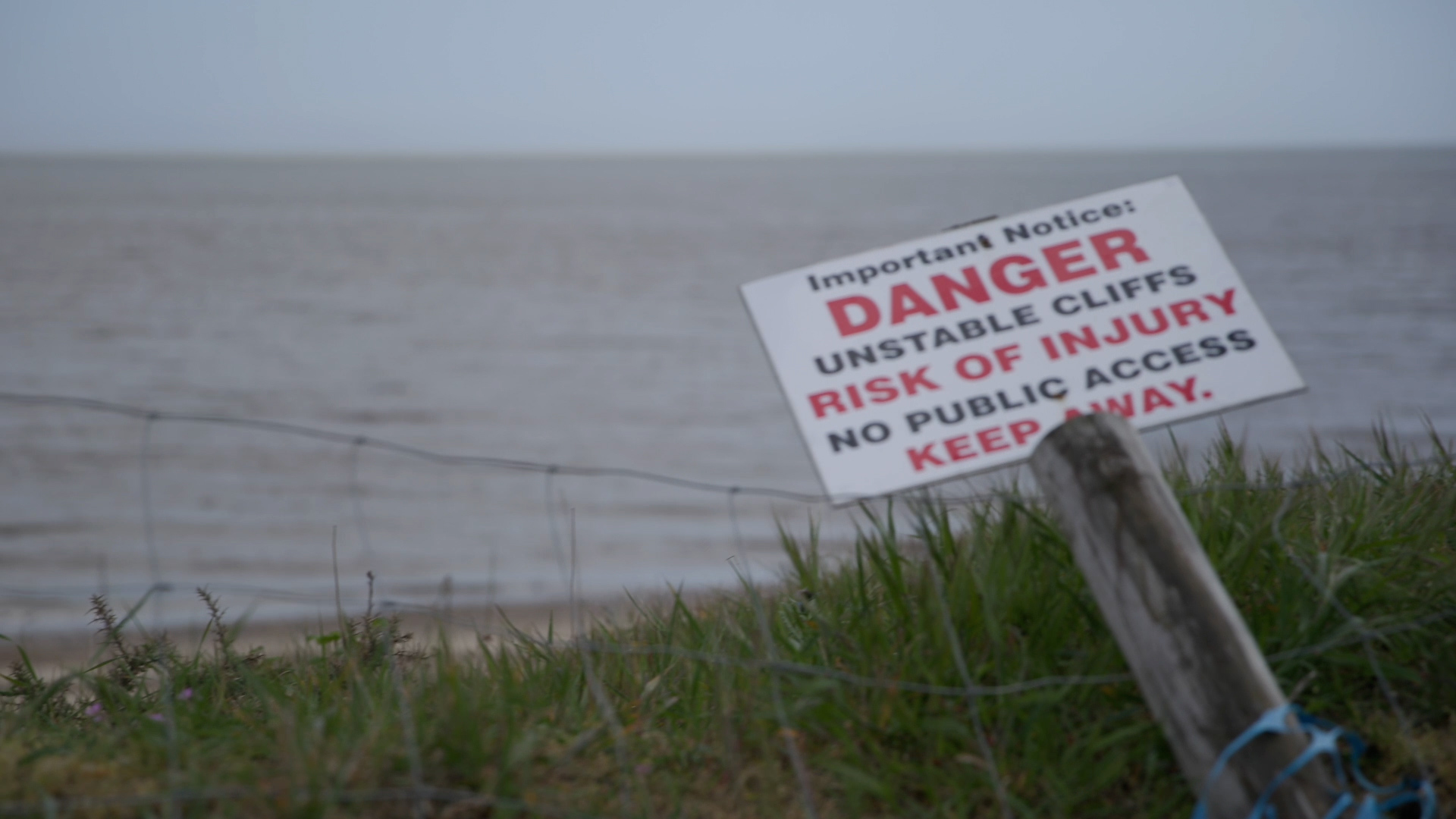 A sign warns against unstable cliffs at Hemsby. /CGTN

A sign warns against unstable cliffs at Hemsby. /CGTN

Gilbert believes it is not too late to slow the effects of climate change. "The primary thing is to reduce our emissions and prevent further climate change from occurring," she says.

"We're already locked into some degree of sea-level rise, even if we stopped emitting tomorrow. But the more we do to prevent our emissions from increasing very steeply, the better the final outcome will be. But we're going to have to adapt to ongoing sea-level rises and the increasing frequency of extreme events."

For now, Hemsby hangs on with a small, improvised concrete barrier at the top of the beach. But time is running out to save this seaside community and the tourist trade it depends on.