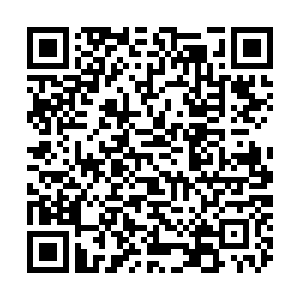 •  The UK's health minister has announced that people between the ages of 25 and 29 are allowed to make vaccine appointments starting tomorrow.

• Dating apps are working with the UK to encourage people to get vaccinated. Bumble, Tinder and Hinge are now asking users to add "I got my shot" to their profiles once they get the jab and offering them special badges, bonuses and stickers if they say they are vaccinated.

• Spain's soccer team has been forced to self-isolate after player Sergio Busquets tested positive for COVID-19.  The entire playing squad has had to withdraw from a final warm-up match on Tuesday ahead of the start of the Euro 2020 tournament.

• Vaccinated travelers can now add Spain to their list of possible holiday destinations, as the country opens its doors on Monday. Under the new regulations, anyone vaccinated, regardless of their home country, can visit Spain. However, the UK still has Spain on its list of at-risk countries, meaning British tourists will have to quarantine when they return home.

• Venice has now been listed as one of Italy's "white zones," and is able to drop the last remaining restrictions, meaning that people in the city are not required to abide by a curfew. Only mask-wearing and social-distancing guidelines remain.

• Portugal's Prime Minister Antonio Costa criticized the UK for removing his country from its "green list"  – the places to which tourists are allowed to travel without quarantining on their return.

• After months of hesitation, Slovakia will start vaccinating people with the Russian Sputnik V vaccine. However, it will only administer 200,000 doses and only to people who specifically ask for it.

• Germany will start to vaccinate children as young as 12 years old. Around 40 percent of the population has already received one dose of a vaccine. And according to Reuters, the government expects to vaccinate 60 percent of young people between 12 and 15 years old.

• Hundreds of former prime ministers, presidents and foreign ministers have called on the G7 in an open letter to help distribute vaccines to countries that cannot otherwise afford or access them.

• The UK is 'absolutely open' to moving back England's June 21 reopening date if the number of cases of the Delta variant, first found in India, continue to increase, according to Matt Hancock, the UK's health minister.

• Norway will shorten the wait period between two doses of vaccine, from 12 weeks to nine, according to the country's health minister. Around 41 percent of adults in Norway are at least partially vaccinated.

• And finally, Ukraine has reported only 535 new cases on June 7, the lowest number of cases since June 9, 2020. Ukraine has one of the highest infection rates in Europe, with around 2.22 million cases reported since the pandemic began. 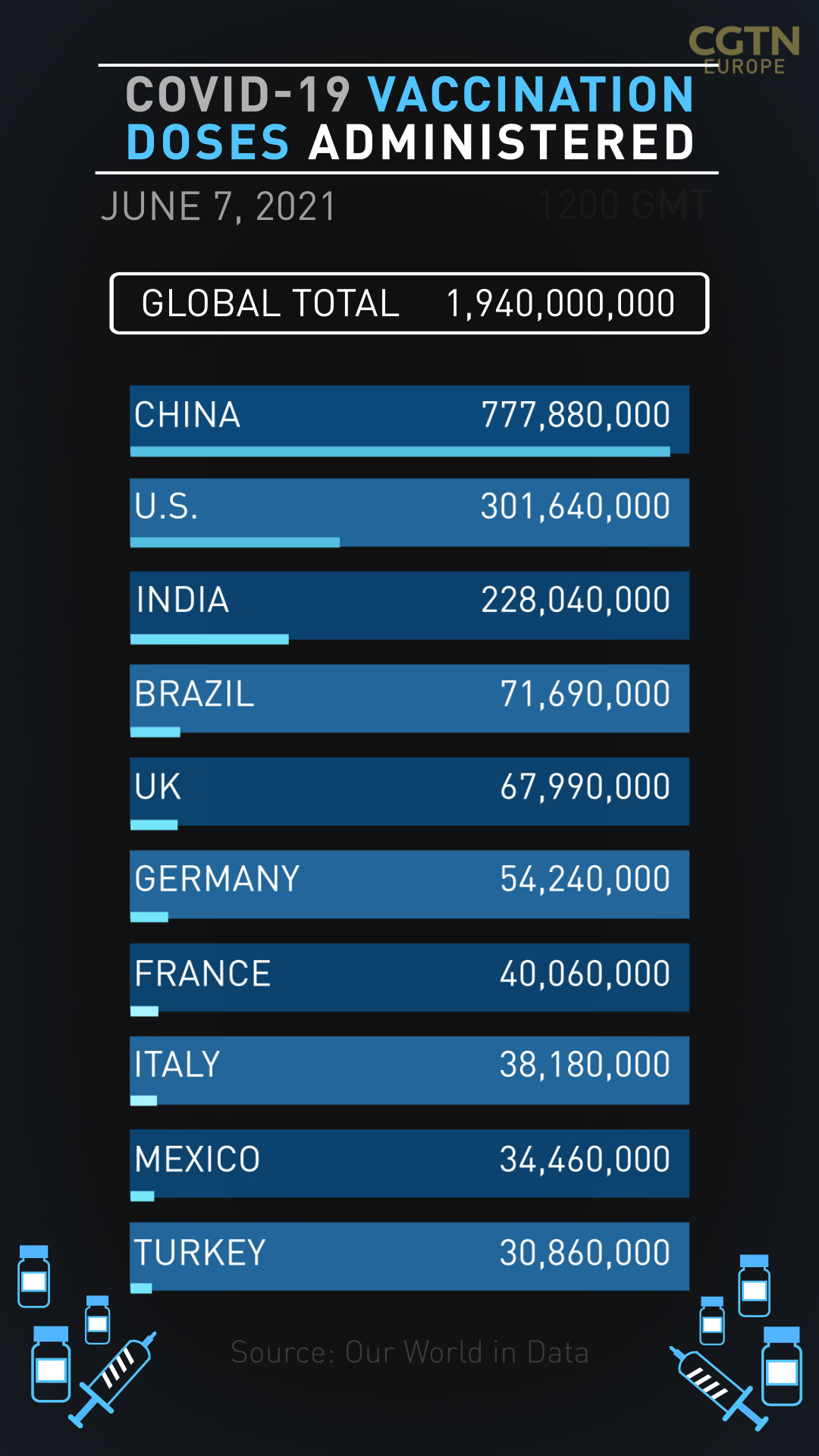 Slovakia has become the second country in the European Union to use the Russian Sputnik V COVID-19 vaccine. Hungary was the first to begin vaccinating citizens with the jab earlier this year – despite the vaccine still being reviewed by the EU's drug regulator.

The secret purchase of 200,000 Sputnik doses in March triggered a political crisis in Slovakia and cost the former Prime Minister Igor Matovic his job.

Months of hesitation around using Sputnik followed, with concerns the doses delivered to Slovakia were different from those supplied elsewhere and that Russia had provided insufficient information on samples.

A review of the Slovakian doses was also conducted in a Hungarian lab, which approved them in May. Sputnik is only being given to people in Slovakia who specially chose the vaccine.

The government faces a crucial vote in Parliament tonight as rebel Tory members of parliament prepare to challenge plans to cut UK aid for international development, a measure backers have said is necessary because of the economic impact of the pandemic.

Ministers have drawn up plans to vaccinate secondary school pupils starting in August. The plan needs approval from the Joint Vaccination Committee.

Prime Minister Boris Johnson plans to tell G7 leaders this week that a deal on climate change will only be possible if the West supports the world in tackling COVID-19. He's already announced a UK target of worldwide vaccination by the end of 2022.

Thousands of British holidaymakers in Portugal face travel chaos as they rush to get home before quarantine rules change tomorrow.

The government is due to ease restrictions further on June 9 in a major loosening of current rules.

Health Minister Olivier Veran said the figures the government uses to measure the state of the pandemic are all declining and are all classed as "green lights."

Veran said face masks will remain mandatory in major cities for the rest of June, but the obligation to wear one could be removed from July 1 at the earliest. 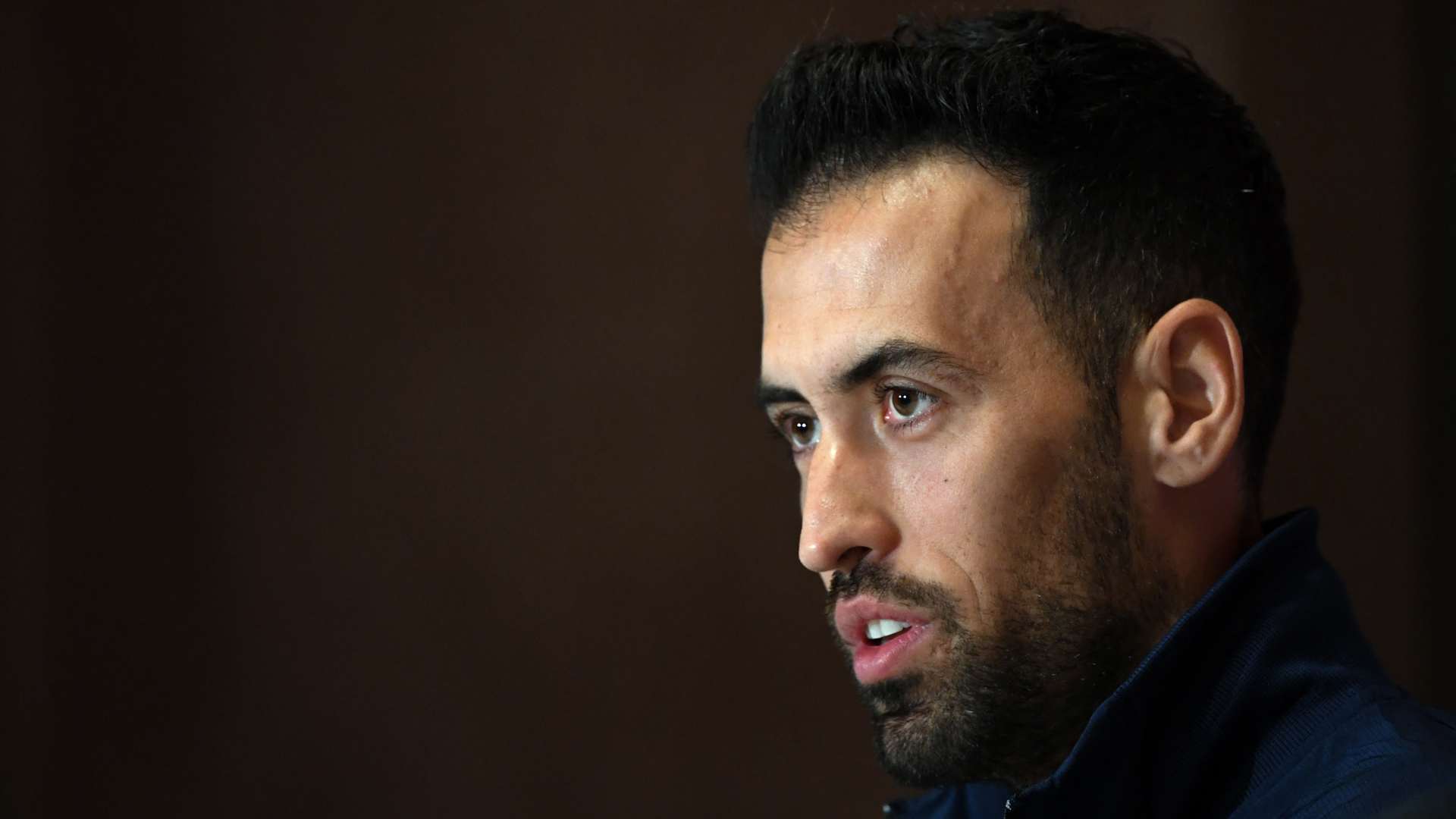 CGTN Europe: The UK might cut foreign aid – but how do other countries compare?

CGTN Africa: Faces of Africa – down rise: A sandboarder's dream