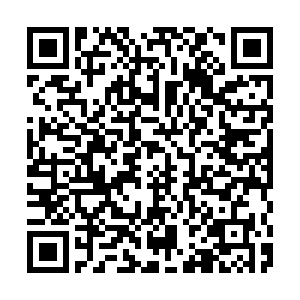 The World Health Organization (WHO) has retested samples from Italy that suggested the virus that causes COVID-19 may have been present in the country before it was first identified in China, it has emerged.

The news comes as the WHO prepares the next steps in its investigation into the origins of  SARS-CoV-2. U.S. president Joe Biden has separately asked his intelligence agencies to provide whatever evidence they can uncover by the end of August.

COVID-19 was first identified in the central Chinese city of Wuhan in December 2019. However, a study by Italian researchers found antibodies apparently linked to the virus from blood samples taken in cancer patients months earlier.

Giovanni Apolone, scientific director of the Milan Cancer Institute, which worked on that study, told Reuters that a laboratory in the Netherlands was asked to double check the results at the request of the WHO. He declined to disclose the outcome of those tests, according to Reuters, as did the laboratory involved and the WHO.

A number of other unrelated studies have also pointed to the presence of COVID-19 in Italy towards the end of 2019,  including findings of RNA from the virus.

"WHO is in contact with the researchers that had published the original paper. A collaboration with partner laboratories has been set up for further testing," a WHO spokesman said. The spokesman added that other samples which had found earlier indications of the virus had also been tested.

The issue has been at the heart of a global row, with reports in the U.S. suggesting that a leak from a Chinese research facility may have begun the outbreak. The WHO's initial investigation found that this was "extremely unlikely" but called for further research. For its part, China has rejected the leak theory and warned against the question becoming politicized.

The scientific consensus is that the virus was most probably spread from animals to humans.

Apolone told Reuters his study had not sought to determine a geographical origin of COVID-19.

The WHO has said in the past that Wuhan had a very advanced alert system for spotting any new viruses, so the fact that SARS-CoV-2 was first identified there did not necessarily mean that it was the first place where the new coronavirus was present.