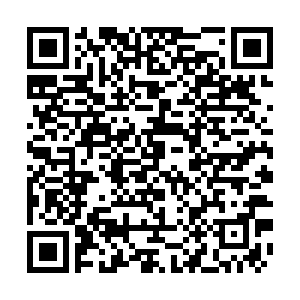 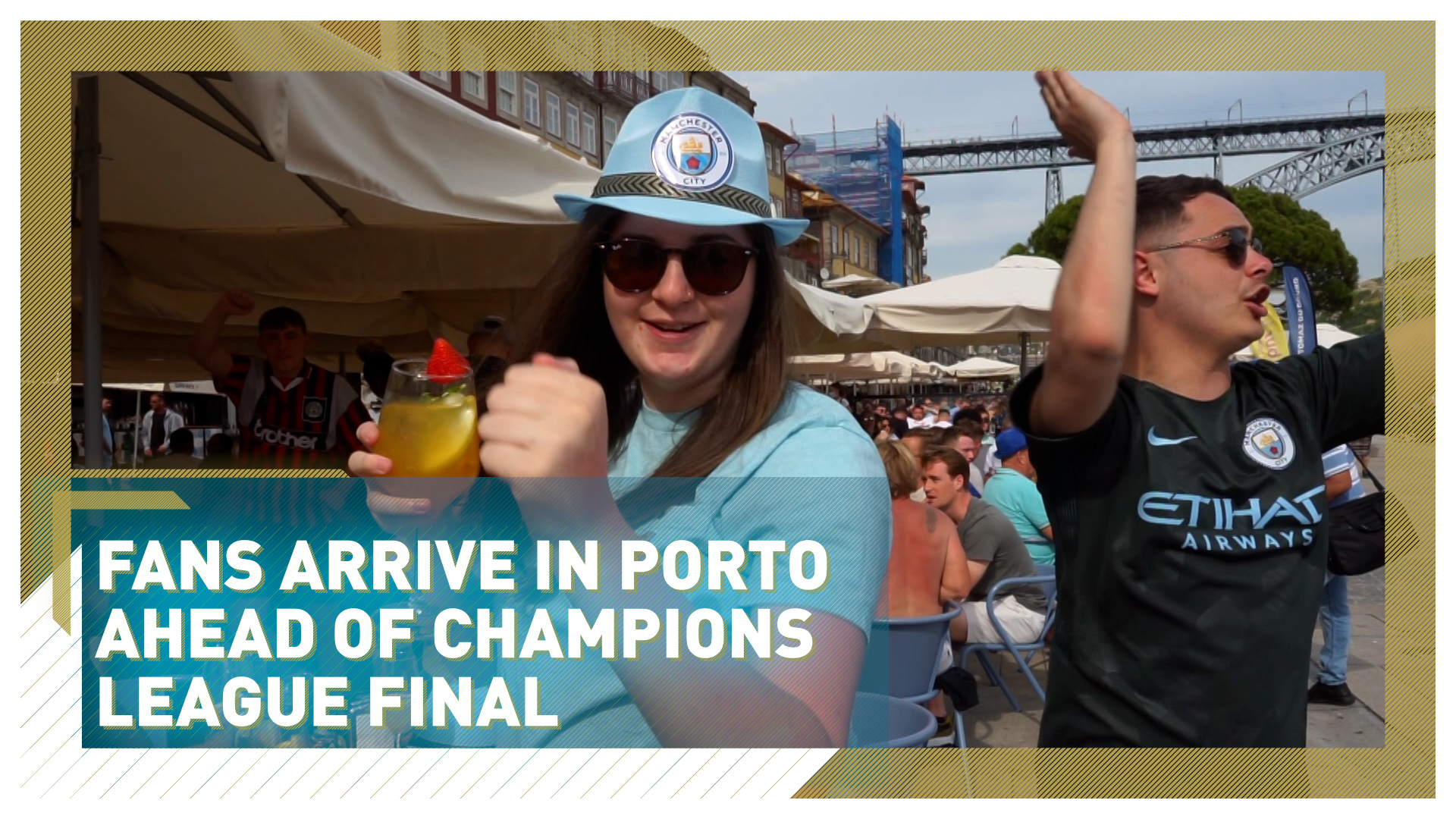 The row of bars lining the riverside promenade in Porto was full of Chelsea and Manchester City supporters. Each group chanted for their club's victory, as they prepared for the two English teams to face off in the Champions League Final Saturday.

"Everything is totally fine. It's an amazing atmosphere, so good," said Naomi, a Manchester City supporter. She told CGTN Europe she and her friends had to take a COVID-19 test to enter Portugal, but the process went smoothly.

Initially, the Portuguese government had said English fans could only arrive and depart the same day, and would have to stay in a COVID-19 "bubble" in the meantime.

However, Naomi and her friends were not aware of these restrictions and planned to stay in Porto for an entire week. "We didn't know [about the restrictions] in advance, but now we're here," she said.

But as fans started to trickle down to Porto ahead of the game, authorities relaxed the original restrictions for British supporters. Now, visitors are no longer required to stay in a bubble and can join the rest of the tourists in the city.

"What we don't want is particular groups mixing together but they are free," said Lysander Strong, from the Metropolitan Police Football Unit, speaking at a press conference on Thursday.

"Portugal is a nice liberal society. They are free to go where they want to go. We'll just be making sure there aren't any issues."

Strong is part of an eight-officer team from the UK working with Portuguese authorities to maintain public safety during the event.

Extra police units are being deployed around the stadium, airport and city center; several fanzones are being set up across Porto and public transport services will be increased.

But this is still a challenge for authorities who had little time to prepare when UEFA announced Porto would host the game instead of Istanbul just two weeks before the final. 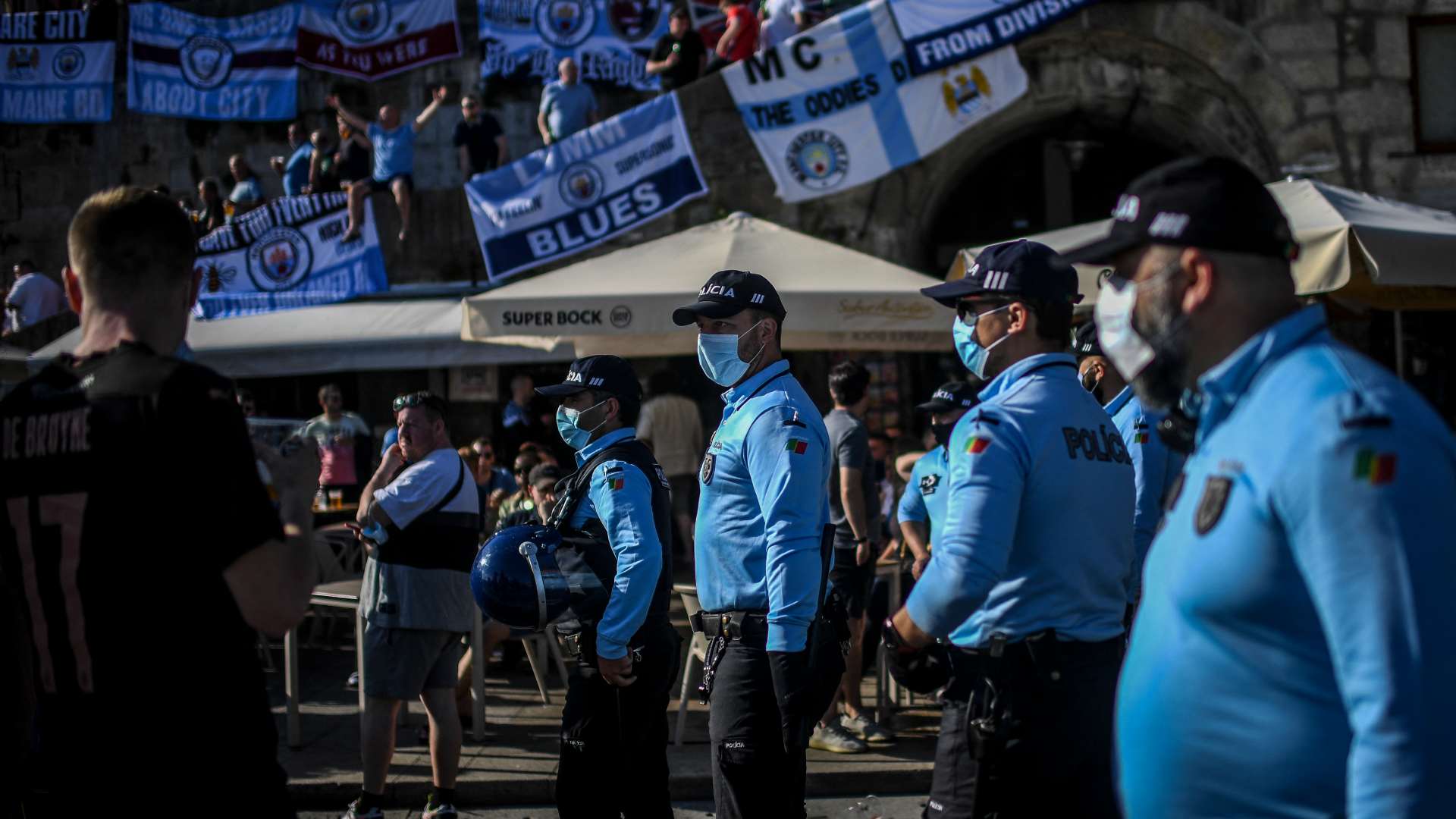 "The challenges are very much around the logistics, actually people flying out, through the restrictions. The ease of restrictions is evolving and the short notice means these logistical points create the issues," he told CGTN Europe.

The Chelsea and Manchester City teams arrived in Porto on Thursday afternoon. Police say most of the 16,000 ticket holders arrived on Saturday through 80 charter flights organized by the soccer clubs

This is the first time Porto has hosted a major European soccer final. A move welcomed by the tourism industry in the city - the second most affected by the COVID-19 pandemic.

Valdemar Azevedo, the owner of a bar by the Douro river, said he hadn't seen this kind of movement in almost two years.

"We are getting more customers, especially today because of all the Brits in Porto, because of the game. This is very important for Porto city and the economy," he said as he inputted drinks requests onto a computer.

In central Porto, a giant inflatable trophy has become the rally point for selfies for those passing through. Harry and Shane, two Chelsea supporters, didn't miss the opportunity.

Both men in their twenties were also unaware of the initial COVID-19 bubble rules, and they are still hoping to buy tickets for the game.

The Champions League Final is one of the first sporting events with a live audience in Portugal since the beginning of the pandemic.

However, authorities are still preparing just hours before the big match, and there are still gaps in information about the restrictions that might apply.

Police say the rules are under review and might still change before the game.