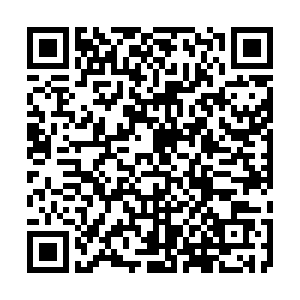 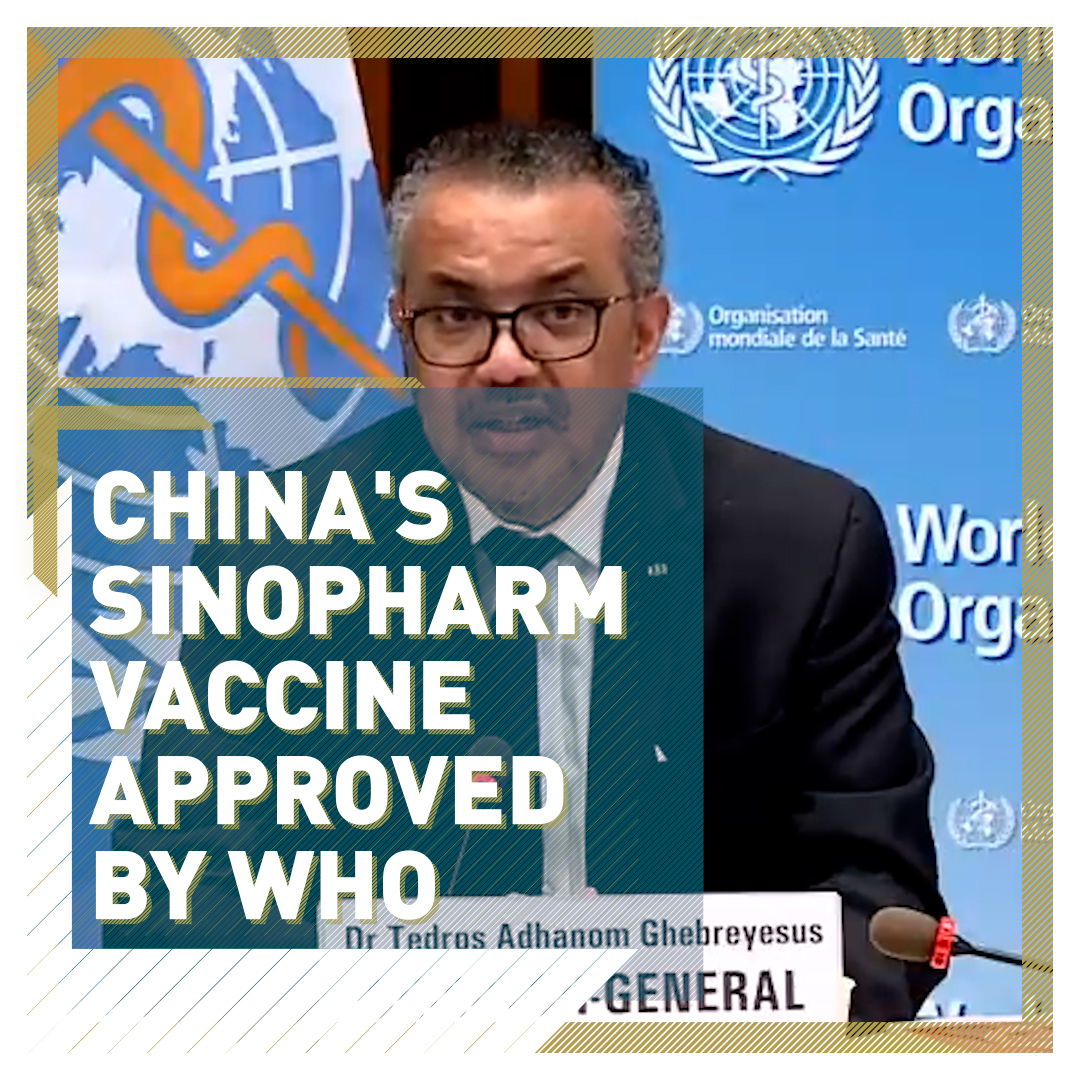 The COVID-19 vaccine developed by China's Sinopharm has been approved by the World Health Organization (WHO) for "emergency use."

This means its safety, efficacy and quality has been checked and it can be used by the international COVAX vaccine effort.

WHO Director-General Tedros Adhanom Ghebreyesus said in a news conference that "vaccines remain a vital tool" in the fight against the pandemic but the "volume and distribution of vaccines remains insufficient."

He said by adding the Sinopharm jab to COVAX's arsenal, the relief program could now draw on six approved vaccines to help fight the virus in the world's poorest nations.

"This expands the list of COVID-19 vaccines that COVAX can buy, and gives countries confidence to expedite their own regulatory approval, and to import and administer a vaccine," he said.

Sinopharm has offered substantial support for the COVAX program to provide COVID-19 vaccines mainly to poor countries, Senior WHO Advisor Bruce Aylward said, adding it would be up to the company to say how many doses of its vaccine it can provide to the program.

"They are looking at trying to provide substantial support, make substantial doses available while at the same time of course trying to serve China's population," he noted.

Sinopharm's chairman, Yang Xiaoming, has promised to increase production to meet demand. In an interview with CGTN he explained that plans to produce 3 billion doses are in the final phase and have involved building new factories and agreeing deals with other countries to produce packaging.

More than 100 countries have already agreed contracts with the company to supply vaccines. 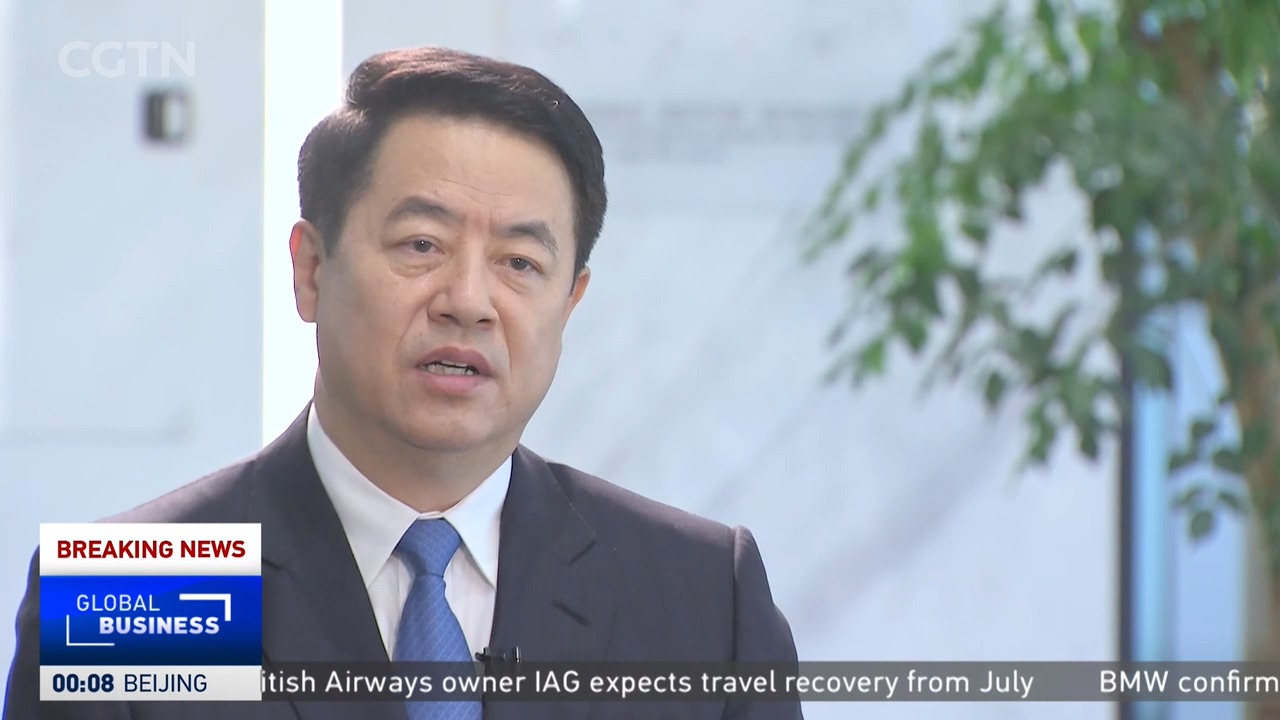 Ghebreyesus said the Sinopharm shot has also been given approval by the Strategic Advisory Group of Experts on Immunization (SAGE), which cleared it for use in those "18 years and older in a two-dose schedule."

Many governments around the world wait for the the WHO's emergency use certificate to be granted before using a new medicine, so the announcement is likely to accelerate the global roll out of vaccines.

It is the first of two jabs made in China under examination by the WHO to get the go-ahead.

The WHO announced at the end of last week the Emergency Use Listing (EUL) results for the vaccines from China's Sinopharm and Sinovac and the jab from U.S. firm Moderna would be published this week, after some delays.

Sinovac's CoronaVac jab is slightly behind on the regulatory path, but the WHO today announced it was "safe and effective" which lays the groundwork for the EUL. 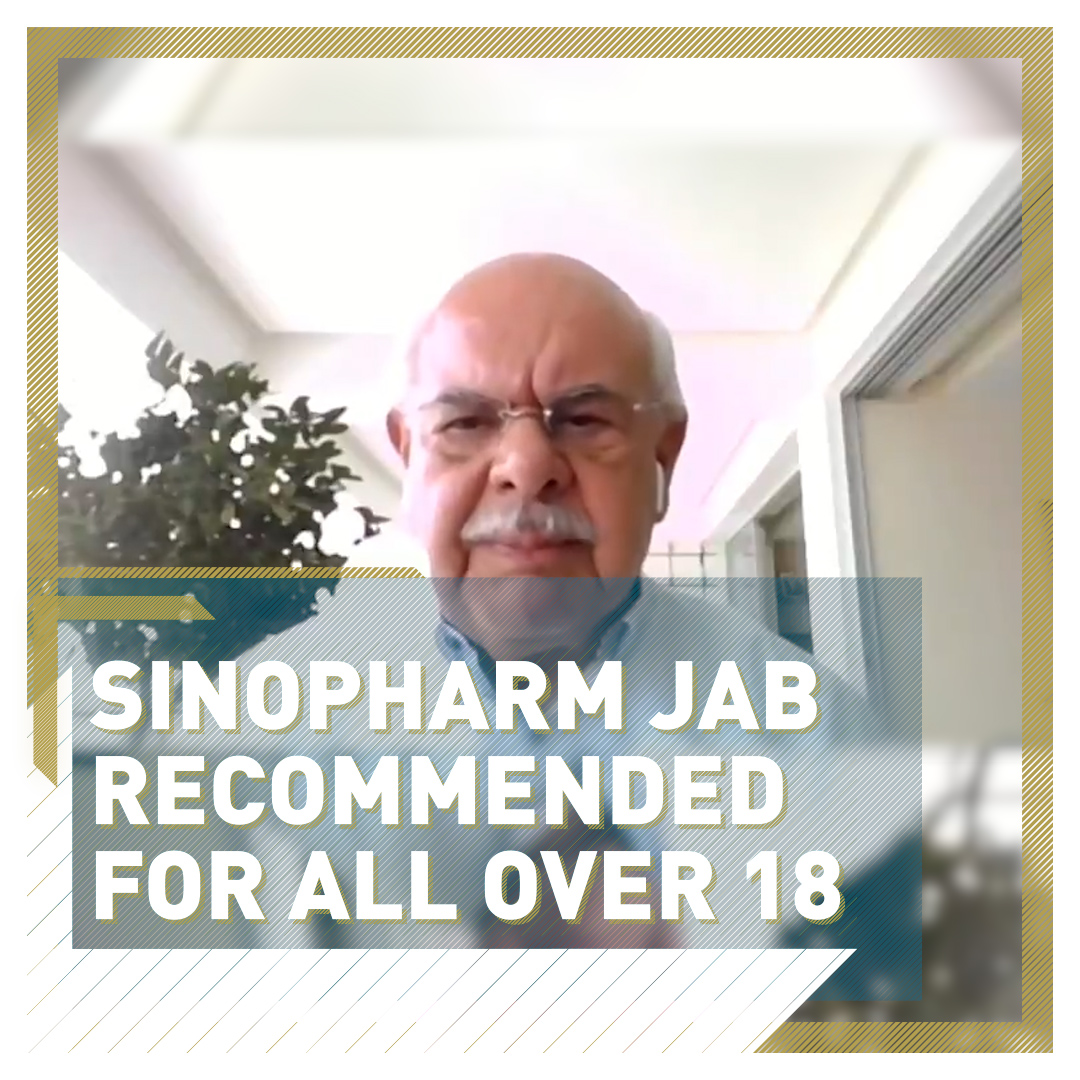 "We are very confident that two doses of CoronaVac are efficacious in preventing PCR-confirmed COVID-19 in adults (18-59 years)," according to an assessment report posted on the WHO website.

The regulator said the EUL decision on the Sinovac jab is expected next week.

"It's very important that we get vaccines that are proven safe and effective into the global market right now, as we are seeing that we have a lot of instability in the supply," WHO Assistant Director-General Mariangela Simao said at a WHO media briefing.

"So we do need more vaccines to come to the market. The vaccines need to be emergency use by WHO in order for them to be used for international procurement." 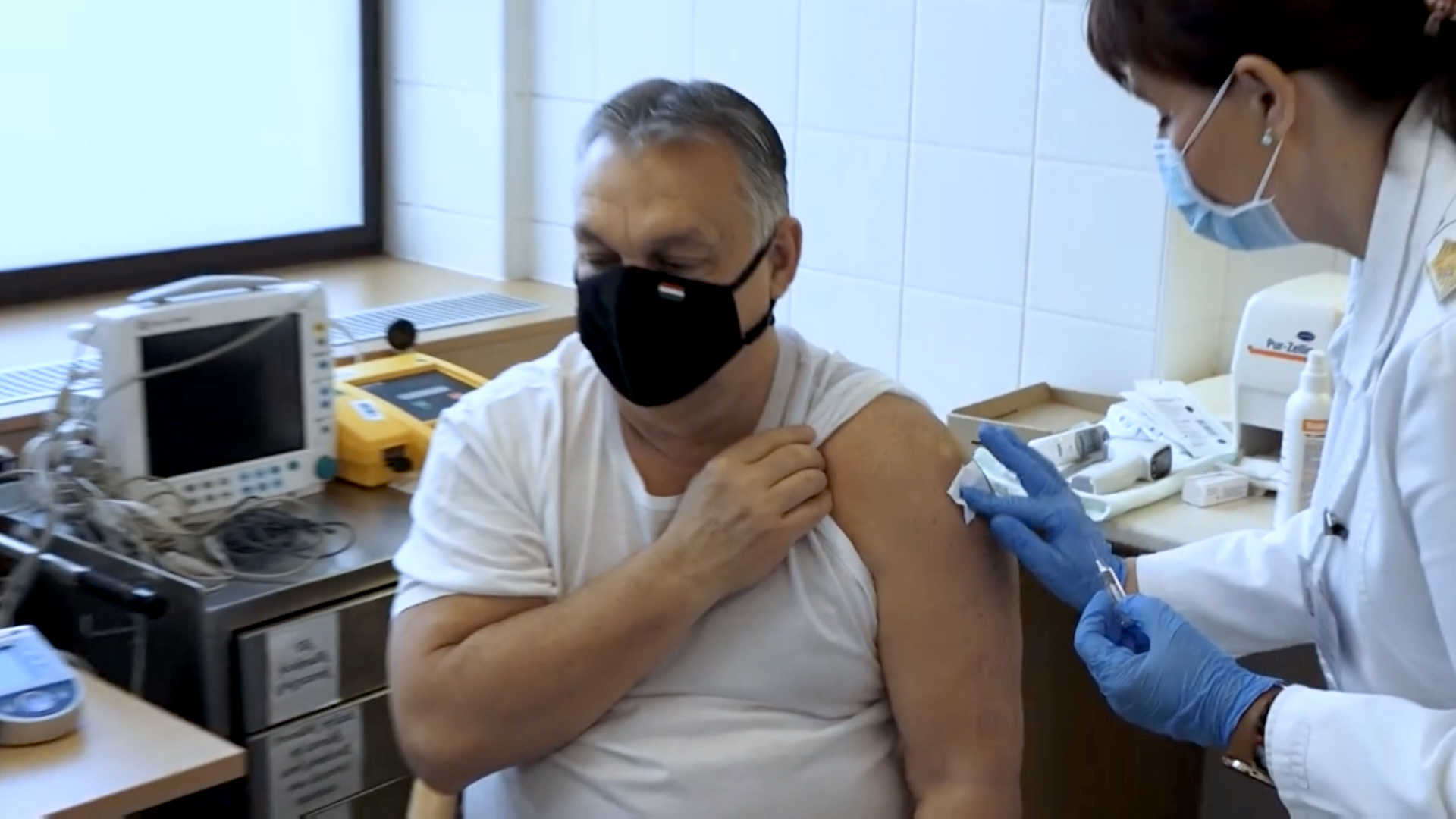 But not all countries have waited for the EUL. In Europe, Belarus, Hungary, Montenegro, Serbia, and Ukraine are currently using the Chinese vaccines.

Hungary approved the Sinopharm vaccine in January, and Serbia's Prime Minister Aleksandar Vucic has published photographs of him getting the vaccine to encourage Serbians to accept the jab. 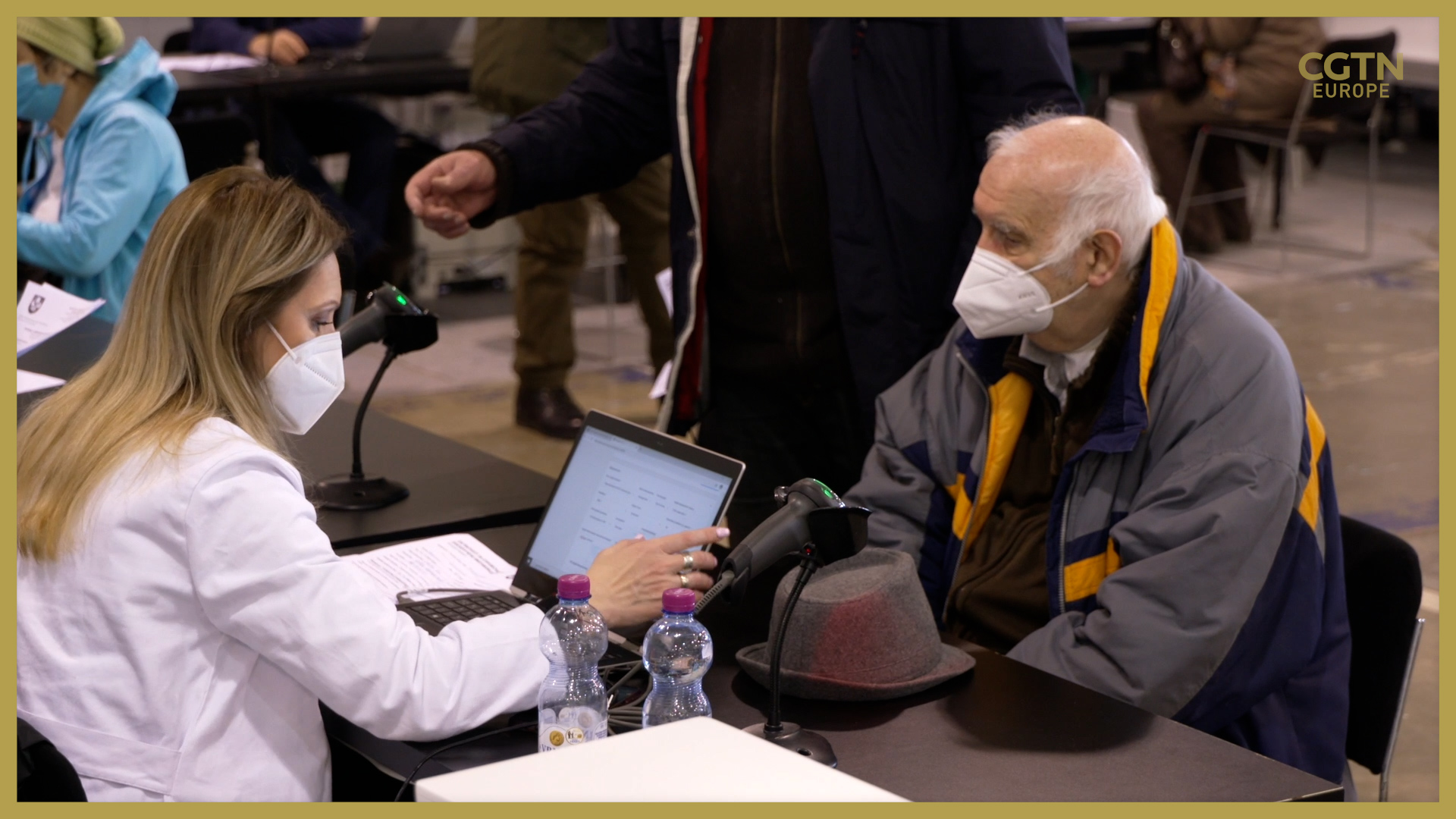