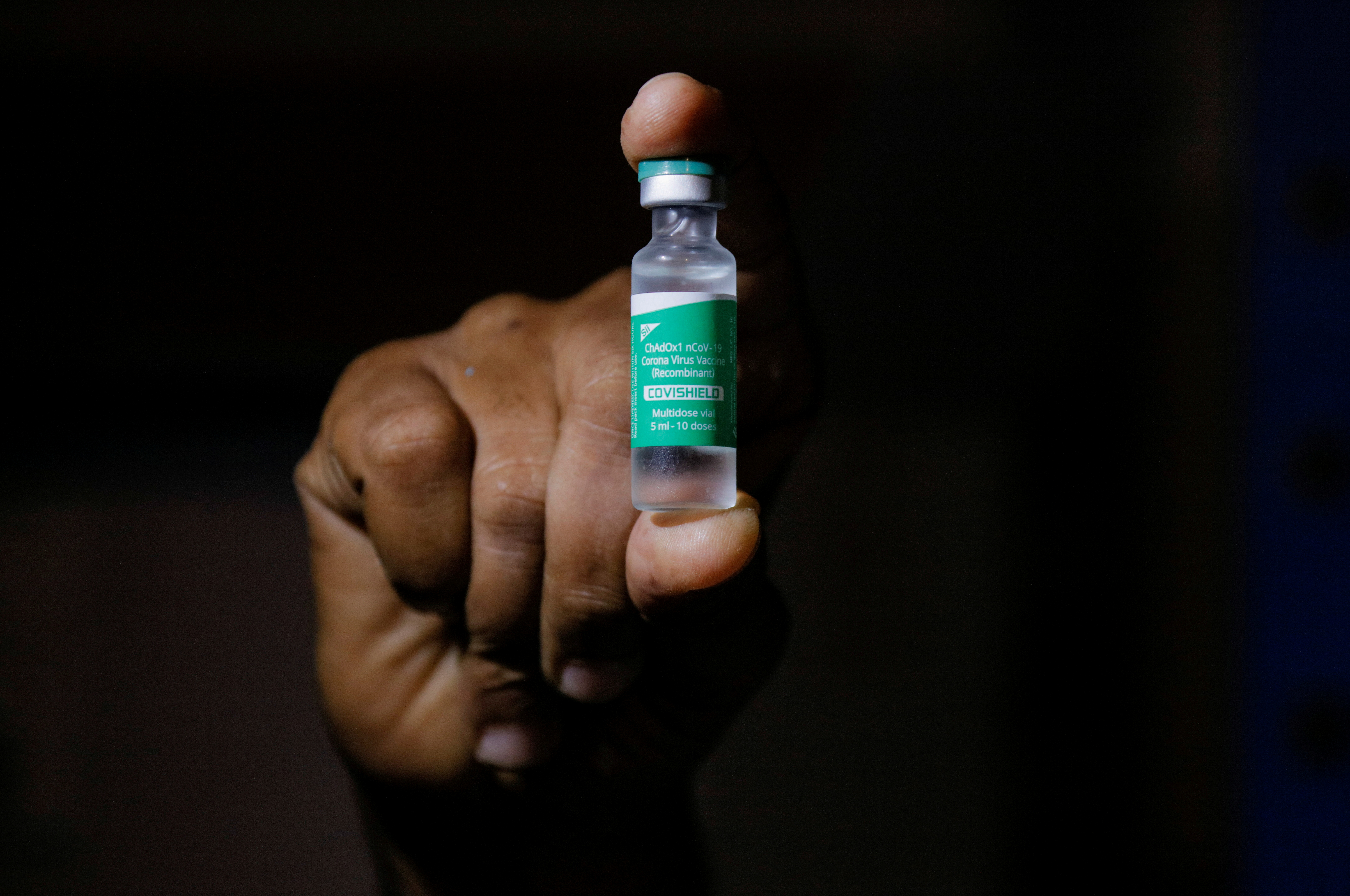 Europe is "ready to discuss" a proposal to temporarily waive intellectual property rights on COVID-19 vaccines, European Commission President Ursula von der Leyen said on Thursday, marking what could be a major shift in the bloc's stance on the issue and the push for global vaccination.

"The European Union is ready to discuss any proposal that addresses the crisis in an effective and pragmatic manner," Von der Leyen said during a virtual conference. "And that's why we are ready to discuss how the U.S. proposal for a waiver on IP protection for COVID vaccines could help achieve that objective."

The EU and the UK are now the largest major developed economies not to have supported the waiver proposal at the World Trade Organization after Washington on Wednesday threw its weight behind the idea.

Under this approach, vaccine manufacturing would be licensed to countries, which proponents argue would ensure adequate supplies while also protecting intellectual property.

AstraZeneca has this type of arrangement with the Serum Institute of India.

Michel and von der Leyen also took not-so-subtle digs at Washington when they both called on "all countries to allow exports: and to avoid measures that "disrupt supply chains."

While the U.S. has not formally banned the export of vaccines, supplies or raw material, Washington has evoked the Defense Production Act which compels private companies to fulfill their government contracts ahead of other orders. 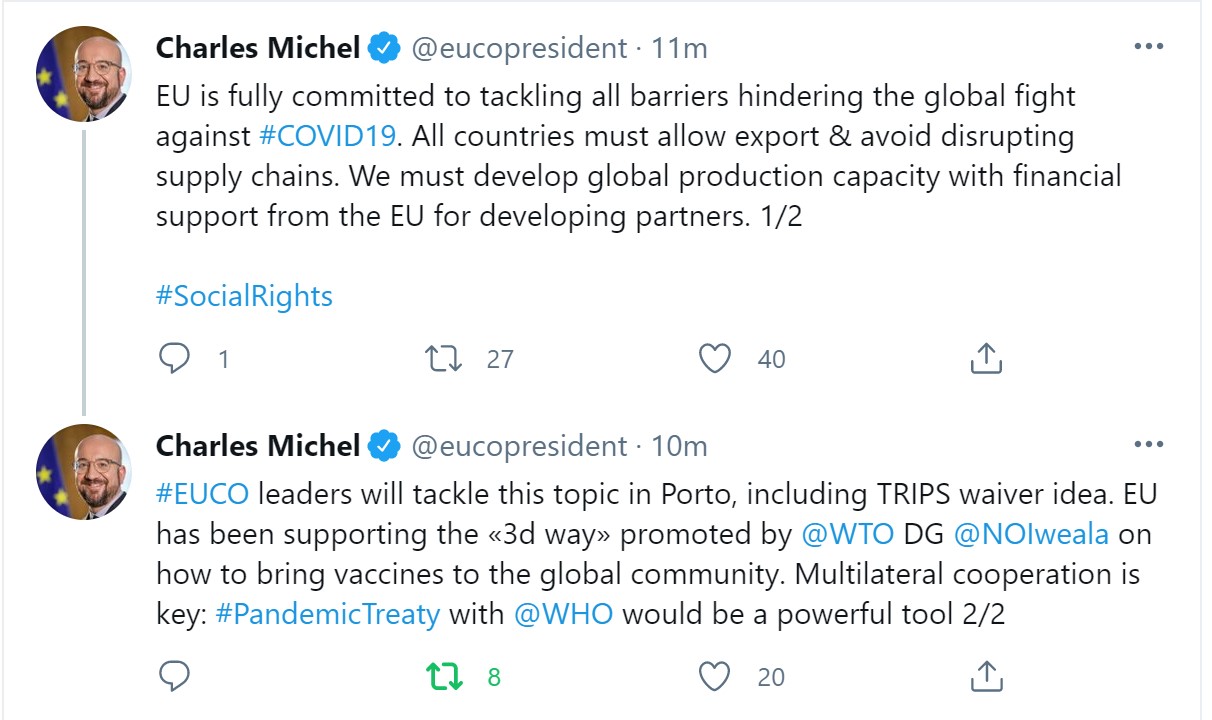 More than 100 countries have now backed the proposal at the WTO, which was first put forward by India and South Africa last year. Supporters claim the waiver will expedite vaccine production and distribution worldwide. Critics worry it would stifle innovation and that cutting edge technology could fall into the wrong hands.

The head of the World Health Organization praised Washington's move, calling it "a monumental moment" in the fight against COVID-19.

"I commend the United States on its historic decision for vaccine equity and prioritizing the well-being of all people everywhere at a critical time," the WHO Director-General, Tedros Adhanom Ghebreyesus said in a statement.

Under this '3rd way' approach, vaccine manufacturing would be licensed to countries or companies based on multilateral rules. Proponents say this would ensure adequate supplies while also protecting intellectual property.

EU leaders will discuss the waiver proposal at a summit in Portugal over the weekend.