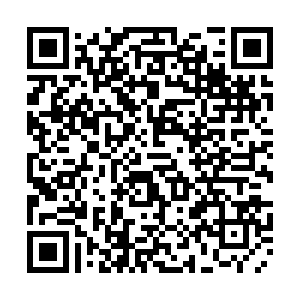 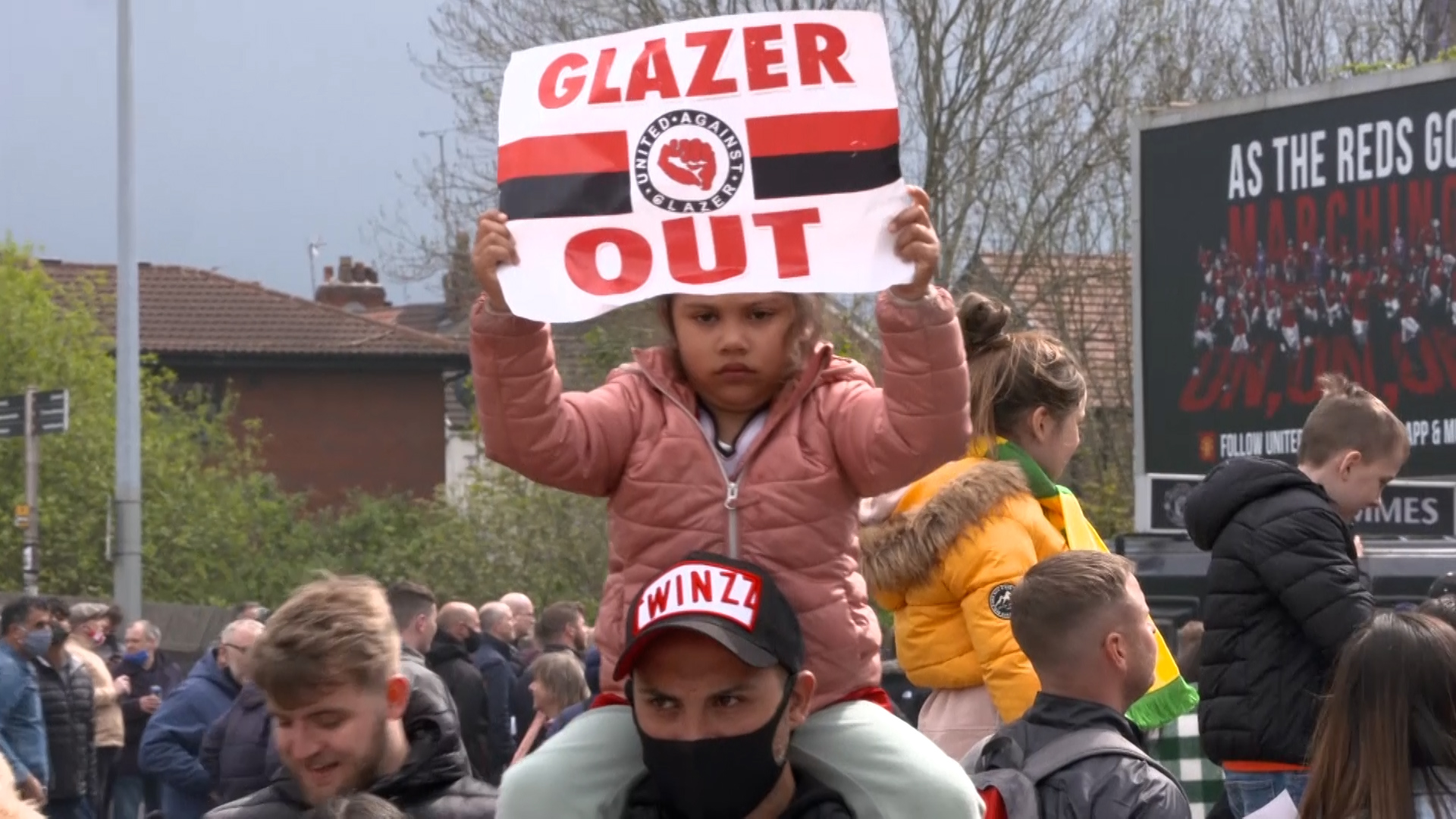 The UK government will consider a debate in the House of Commons over a petition to force all professional soccer clubs to be majority-owned by their supporters.

Branded the "50+1 rule," campaigners are asking the government to ensure decisions made about the clubs "prioritize fans and the good of the game" before financial gain. A petition launched on April 23 has already gained 100,000 signatures, which means it will automatically be considered for debate.

On Sunday, frustrated Manchester United fans let their club's owners know they had had enough. More than 1,000 demonstrated outside Old Trafford stadium in Manchester ahead of a game with Liverpool.

They let off flares, some fans threw bottles and police say the crowd became aggressive and dangerous. In the end, more than 100 people pushed their way into the stadium forcing the match to be postponed.

When it comes to soccer, passion runs hot in the UK. Manchester United fans have been growing increasingly angry at the club's American owners. The owners failed attempt to join a European Super League last month was the last straw.

"They only think about money, don't they? That's all they're interested in. Money. That's their only motivation. They don't care about English football," one fan told Reuters.

On Friday, the Manchester United Supporters Trust released a statement saying: "We are disgusted, embarrassed and angry at the owner's action in relation to the planning, formation and announcement of the European Super League.

"Once again, this clearly demonstrates that the club's owners are only interested in maximizing their own profits and do not care about or respect the views of Manchester United fans." 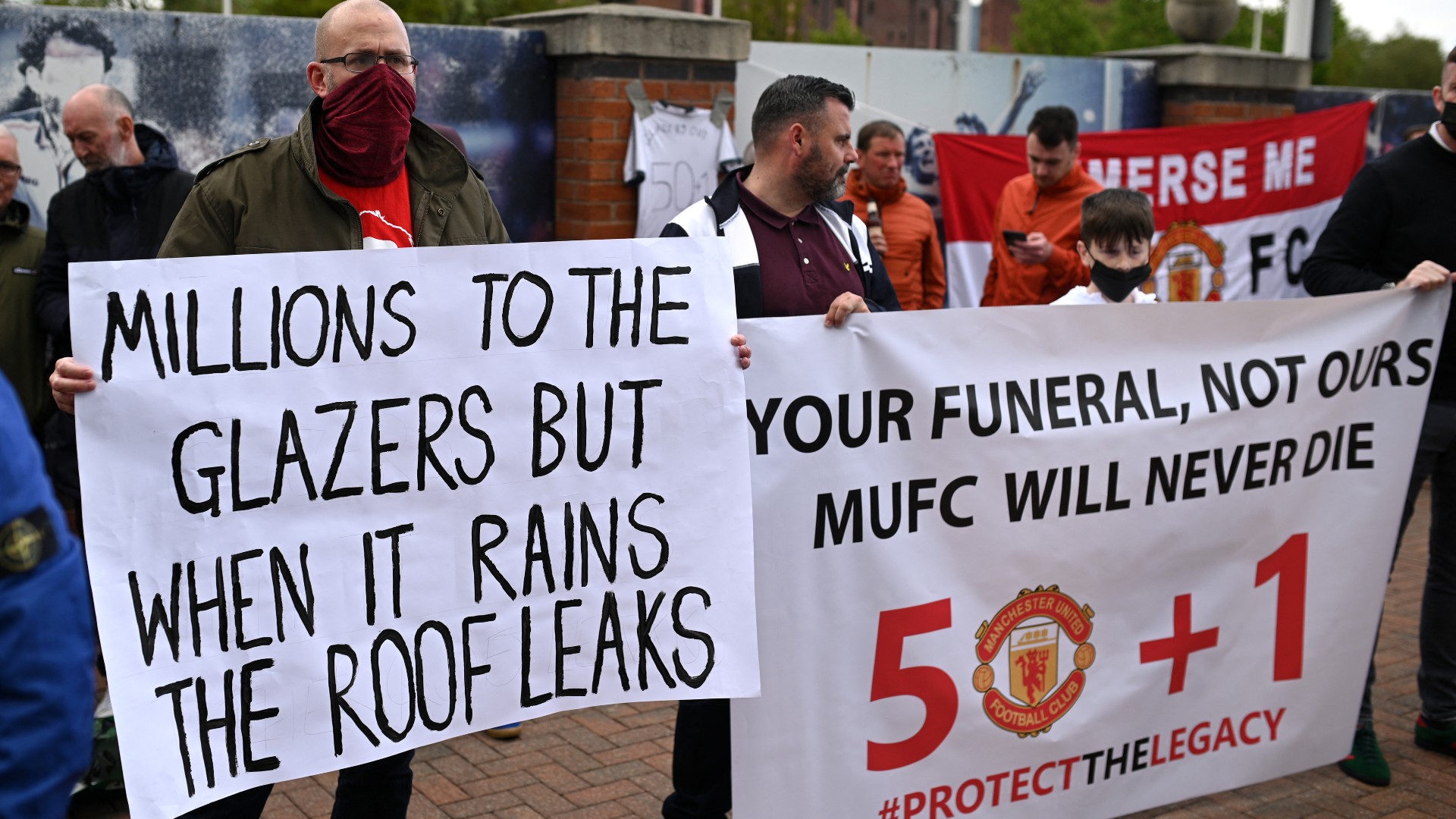 Manchester United were one of six Premier League teams to sign up to the breakaway European Super League tournament. /Oli Scarff/AFP

Manchester United were one of six Premier League teams to sign up to the breakaway European Super League tournament. /Oli Scarff/AFP

The club is owned by the Glazer family, which has apologized for the Super League move but it might be too late.

Sports broadcaster Paul Scott said: "I think the relationship between Manchester United supporters and the Glazer family is at rock bottom."

Before the Glazer family took over Manchester United 16 years ago it was a debt-free club, now it has $631 million of debt, following a stock market flotation.

Scott says the Glazers borrowed money to purchase Manchester United and burdened the club with the debt. The other issue is two competing cultures of sport and business.

"Manchester United is almost 150 years old and there's a sense that American business and the tradition of European football can't really live side by side," Scott explains. "So Manchester United fans feel the heart and soul of the club has been taken away."

Few expect this is the last time we'll see Manchester United fans express their upset before a game.