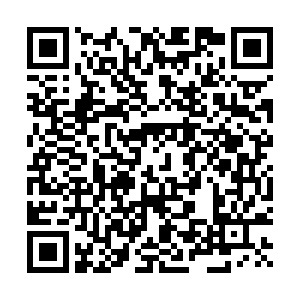 Welcome to the final week of Global Business Daily.

Our newsletter is coming to an end. We've really enjoyed delivering the biggest business news to you for the past year-and-a-half. If you enjoyed it, please sign up now for our daily COVID-19 newsletter.

You can also keep up with all our news on Facebook – just "like" our page to get updates.

And for now, here's your regular update.

Output at two of Jaguar Land Rover's British car factories will be temporarily halted from Monday, due to COVID-19 supply chain disruption, including a lack of semiconductors, the firm said.

Coffee drinkers, pet owners and home bakers helped to drive the biggest rise in quarterly sales at Nestle for 10 years, as the world's biggest food group outshone Danone and set a high bar for Unilever.

The European Central Bank left its key stimulus programs unchanged, with around $1 trillion support still in the pipeline as the economy lags the U.S. and China in a drawn-out struggle with the pandemic.

UK food bank use rose by a third during the past 12 months as the pandemic left more people without the money to buy basic necessities, a charity that distributes food announced.

Germany's finance minister denied any responsibility on his or the government's part for the scandal surrounding collapsed payment systems provider Wirecard, as he testified before lawmakers.

American Airlines said it lost $1.25 billion in the first quarter and continued to slash costs, including delaying delivery of new jets as it waits for air travel to recover from the pandemic.

Credit Suisse will raise more than $2 billion to strengthen its capital base after flagging a further hit from the collapse of U.S. investment fund Archegos and a shrinking of the prime brokerage unit responsible for the multi-billion-dollar debacle.

Samsung's Vice-Chairman Jay Y. Lee made his first public appearance since being jailed in January, as he attended court to face charges of fraud and stock manipulation, amid calls for his release.

The U.S. Interior Department is canceling oil and gas lease sales from public lands through June amid an ongoing review of how the program contributes to climate change, officials said.

Watch: On Earth Day 2021, we look back at the rewilding efforts on Europe's biggest river, the Danube. Conservationists there are endeavoring to bring back species last seen in the cave paintings of our ancestors. 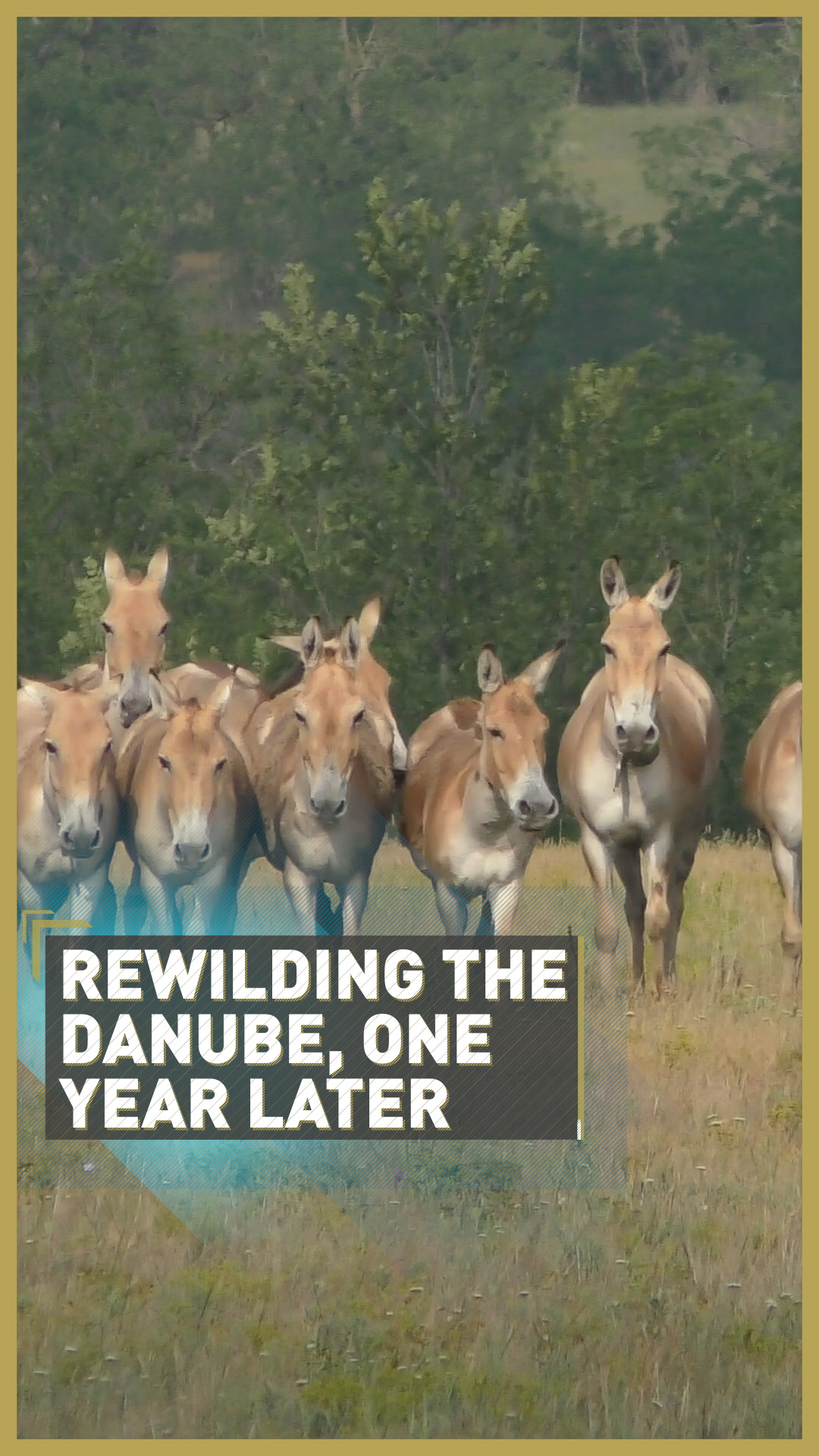 Michele Wucker, a policy analyst and author, spoke to CGTN Europe about whether or not the pandemic is a 'gray rhino': a threat that is likely to be realized and has a high-impact but has been ignored by society until it is too late. That take contrasts with Nassim Nicholas Taleb's 'black swan' concept, which refers to a risk that is very rare and highly unpredictable.

How would you categorize a pandemic?

What are the big global risks that you think get ignored?

And that is very closely related to inequality. A lot of the people who contribute the most to climate change are the ones who are least impacted by it and the ones who can most afford to deal with it if they're impacted. And the people who have contributed the least in terms of greenhouse gases are the most vulnerable and the least able to deal with it.

Read more: The COVID-19 pandemic was a 'gray rhino running right for us'

And finally... see below how U.S. President Joe Biden's climate pledge compares with those of other countries and regions. 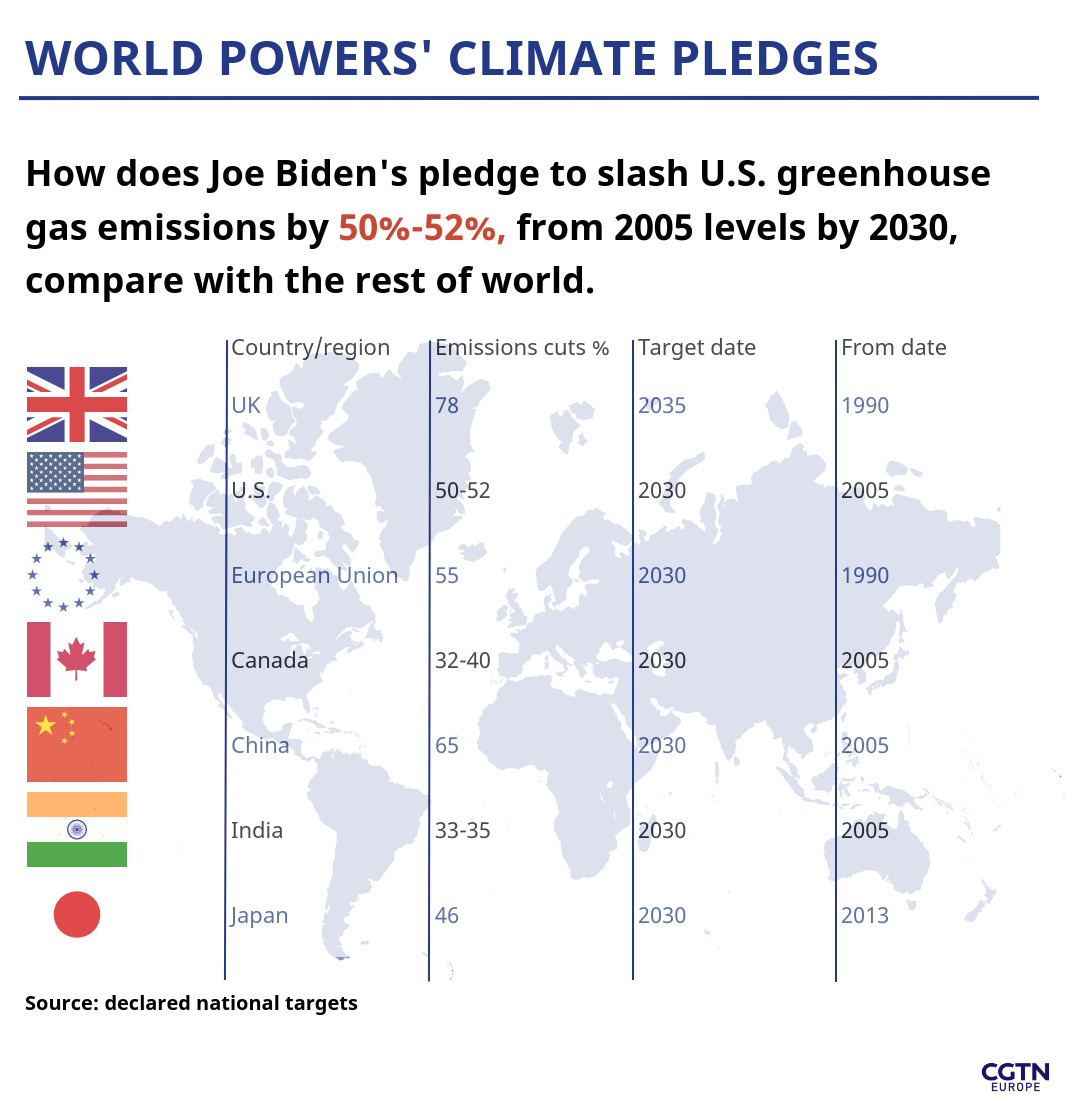