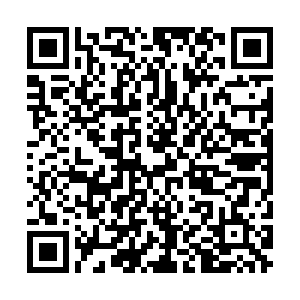 · The UK and Europe's drug regulators have found a possible link between AstraZeneca's Vaxzevria shots and rare blood clots in adults who had received the inoculation. The head of the European Medicines Agency (EMA) stressed the risk of mortality from COVID-19 was "much greater" than from the rare side effects, which occurred in just 169 people from the 34 million Vaxzevria doses given out in Europe.

· The World Health Organization's advisory vaccine safety panel has said the causal link between Vaxzevria and blood clotting was "considered plausible but is not confirmed" following the UK and the EU's review of the drug.

· Most cases of the blood clots were found in women under 60 within two weeks of vaccination, the EMA said, but "Based on the currently available evidence, specific risk factors have not been confirmed."

· The UK will not be using the Vaxzevria shots for those under 30 where possible, the Joint Committee on Vaccination and Immunisation announced following the reports. However, UK Prime Minister Boris Johnson said he did not expect that to change the government's plans for relaxing COVID-19 restrictions or the vaccine rollout.

· Germany's vaccine advisory committee has said it sees no risks or disadvantages from giving younger recipients of the Vaxzevria jab a second dose of an alternative shot, according to two of its members.

· EU health ministers have been told that new regulations on using the Vaxzevria jab will have an immediate impact on vaccination plans and would require a coordinated response, according to a document seen by Reuters news agency.

· Several Spanish regions are tightening restrictions on travel to avoid a fourth wave of infections, including northeastern Catalonia and the Basque Country, both of which border France.

· Hungary has started reopening its economy despite reporting its highest daily death toll, with the country's highest body of doctors warning that lifting restrictions too soon could be dangerous.

· One in three COVID-19 survivors has been diagnosed with a brain or psychiatric disorder inside six months, according to a new U.S. study, as scientists consider the likelihood of a wave of mental health and neurological problems.

· Australia has said it will ask the EU to release more than three million AstraZeneca Vaxzevria shots, testing Brussels' claim it is not blocking shipments, after the bloc denied holding up exports while blaming the drugmaker for failing to uphold commitments to other countries.

· The UK has started rolling out the Moderna vaccine in Wales just as Britain's daily jab rollout has started to slow, hitting its lowest level this year on Sunday following a supply crunch caused by AstraZeneca's manufacturing problems.

· Poland is extending its restrictions until April 18 as its health system struggles to cope with a third wave of infections, with around 90 percent of cases linked to the variant of the virus first discovered in Britain. 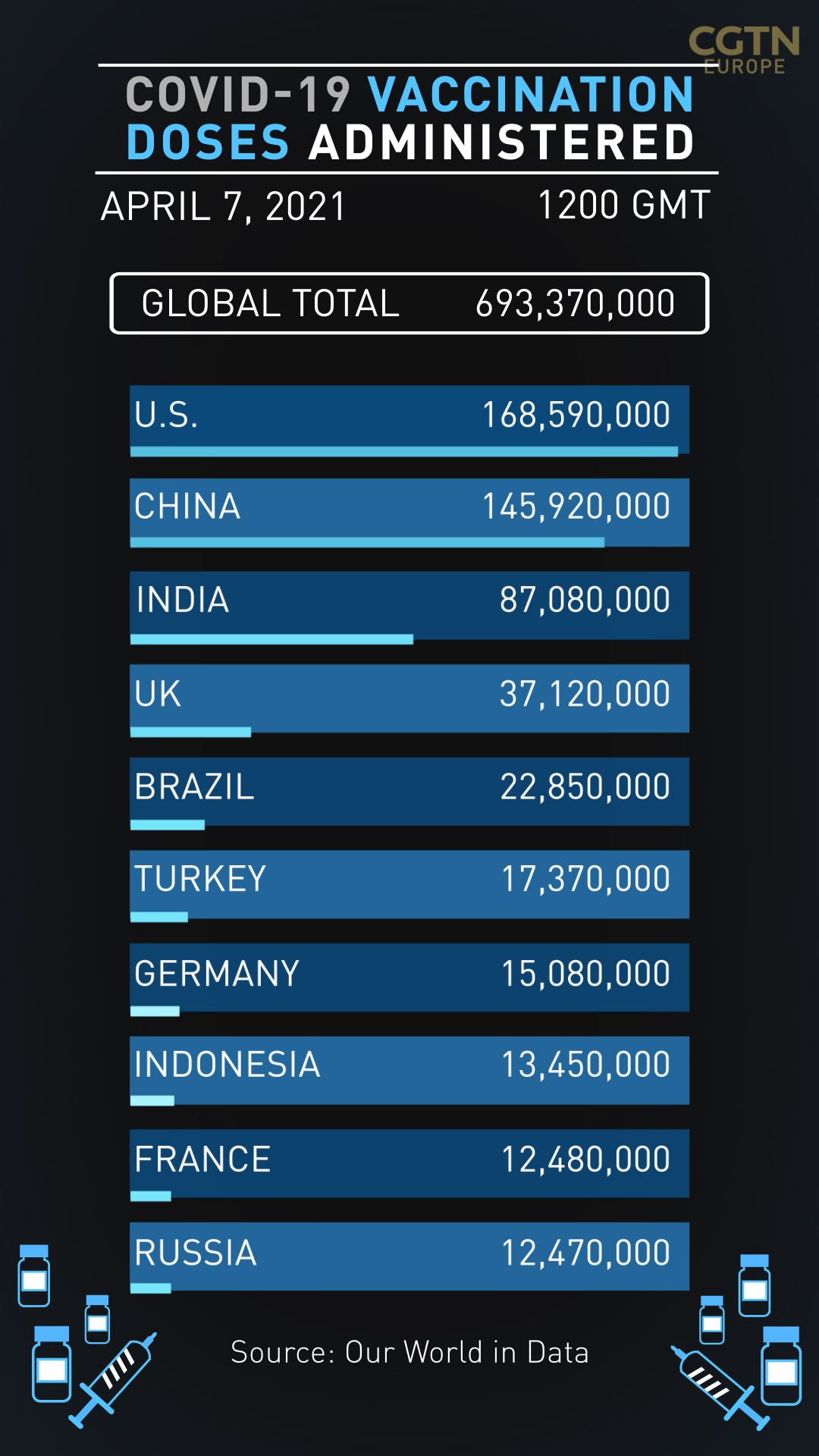 As a trial of AstraZeneca's Vaxzevria vaccine on children between the ages of 6 and 17 has been paused, a third vaccine – Moderna – is being used in the UK as of today.

The UK has bought 17 million doses of the Moderna jab, enough for 8.5 million people. It will be given to patients in Wales at a general hospital in Carmarthen, while around 5,000 vaccines have been distributed to vaccination centers in Ceredigion, Carmarthenshire and Pembrokshire.

Meanwhile research is being done on the possible link between the Vaxzevria vaccine and rare blood clots in adults. The UK's medicines regulator is investigating, and the European Medicines Agency is also analyzing any potential risks. The latter's findings will be announced later on Wednesday.

One of the EMA's officials – Marco Cavaleri, the head of health threats and vaccine strategy – believes there is a causal link between the COVID-19 vaccine and blood clots. However, health bodies still say the benefits of taking the vaccine still outweigh the risks of getting the virus.

"There must be a debate [about vaccine passports], but it's too early," French government minister Barbara Pompili has said.

Indeed, before any such measures are rolled out, the country's vaccine program will have to be sped up. More than 30,000 people are currently being treated in hospital for the coronavirus, the highest number since the second wave in November 2020.

Prime Minister Jean Castex said "this month, vaccinations will accelerate. We will receive more than 12 million doses." He added that the target of 10 million first vaccinations "without doubt will be achieved by the end of the week."

President Emmanuel Macron added that later this month, after France's planned three-week school closure, "we will have put the brakes on the spread of the virus, vaccinations will speed up, and that will put us in a more comfortable situation". He said it was "essential" that primary schools reopen as planned on April 26. 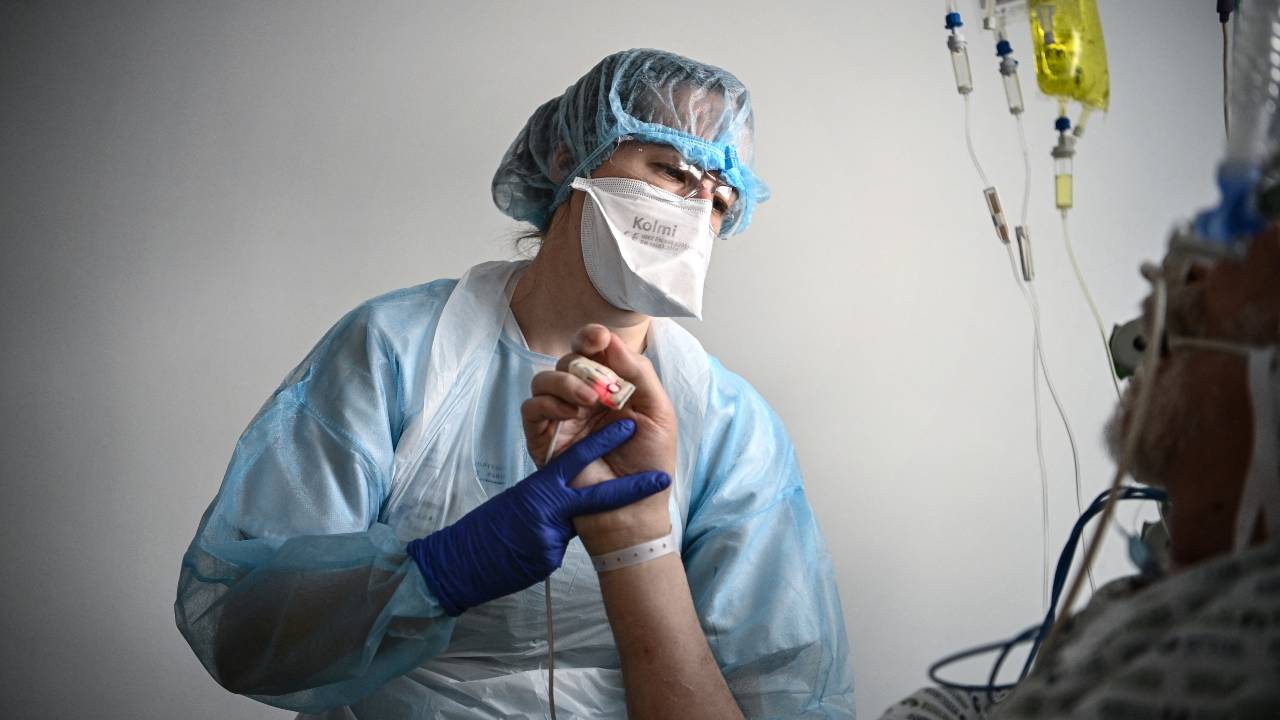 A new U.S. study shows one in three COVID-19 survivors have been diagnosed with a brain or psychiatric disorder inside six months. /Anne-Christine Poujoulat/AFP

A new U.S. study shows one in three COVID-19 survivors have been diagnosed with a brain or psychiatric disorder inside six months. /Anne-Christine Poujoulat/AFP

The latest data from Germany's Robert Koch Institute shows there have been 9,677 new  cases recorded in Germany. That's an almost 45 percent fall compared to the same day last week – but the number won't necessarily be celebrated because questions remain about whether several regions have correctly reported their data.

It's likely the Easter long weekend has caused some regions to delay their reporting because of staffing issues, and so we will need a few days to get a clearer picture on the effects of the holiday.

Germany today has also started to administer jabs across the country using GPs – it's hoped the use of local doctors could speed up the campaign.

Hungary is slowly beginning to re-open after a month of strict restrictions, including the closure of non-essential retail. Prime Minister Viktor Orban made the announcement late Wednesday that the country could begin to ease restrictions as 2.5 million people had received at least one dose of vaccine.

While pressure was on the government to reopen the economy once a quarter of the population had been vaccinated, doctors had previously warned against loosening restrictions as the health system struggles against the third wave. Thursday marked the highest number of daily deaths reported in the previous 24 hours, with 311 people passing away.

Cases and hospitalizations are also continuing to rise, with public figures including the Budapest mayor urging people not to rush out now that the rules have been loosened. The prime minister has continued to push vaccination as the only way to overcome the pandemic, stating restrictions won’t be enough to fight the virus.