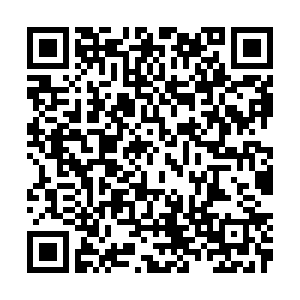 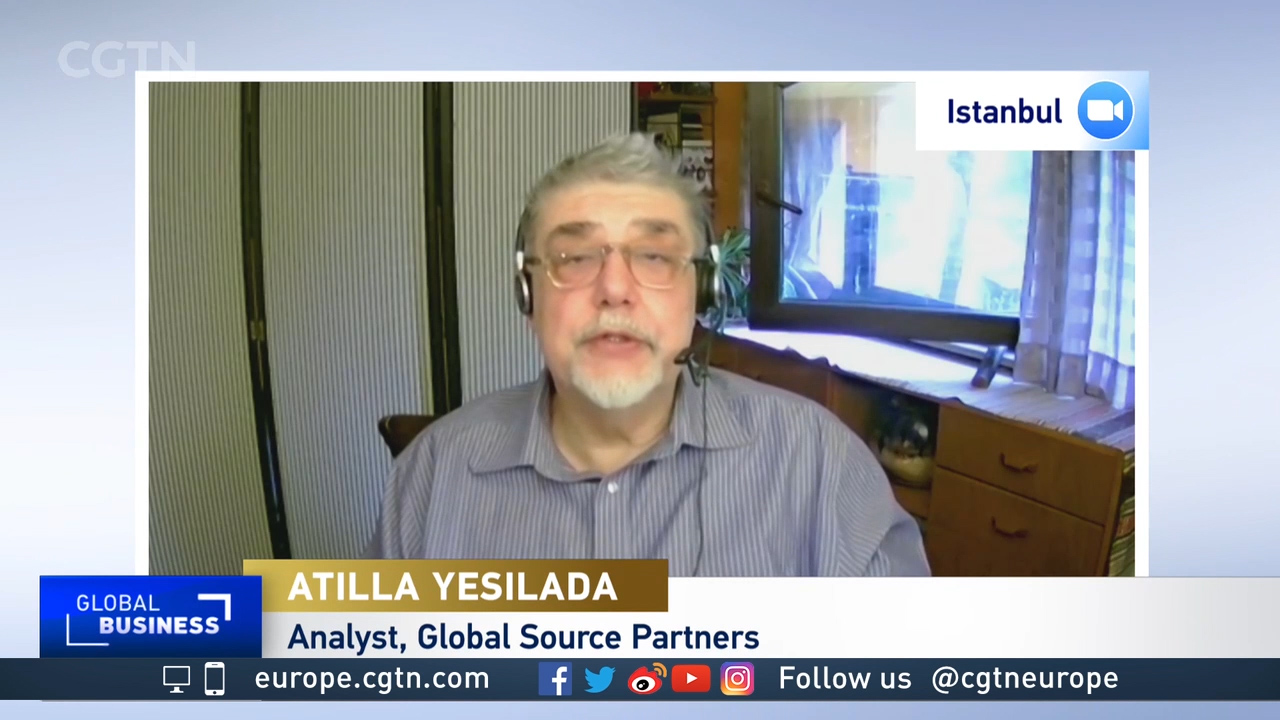 A leading Turkish economist claims President Erdogan is using the Istanbul Canal project as a sideshow to divert public attention from government handling of the COVID-19 pandemic and Turkey's troubled economy.

Turkey has detained 10 retired admirals after they openly criticized plans by President Erdogan's ruling Justice and Development Party for the vast new canal, which would cut eastern Istanbul in half to create a new shipping lane.

Atilla Yesilada, Turkey analyst with Global Source Partners, says the government is seeking to distract from more critical issues in the country.

"Erdogan is committed to starting construction this year and everyone's playing their last ace card before people start digging Istanbul into a peninsula," Yesilada told CGTN.

"He's doing everything to divert public attention from two pressing issues, COVID-19 and the economic misery. Last year six million of 90 million Turkish households received some sort of help from the state just to survive." 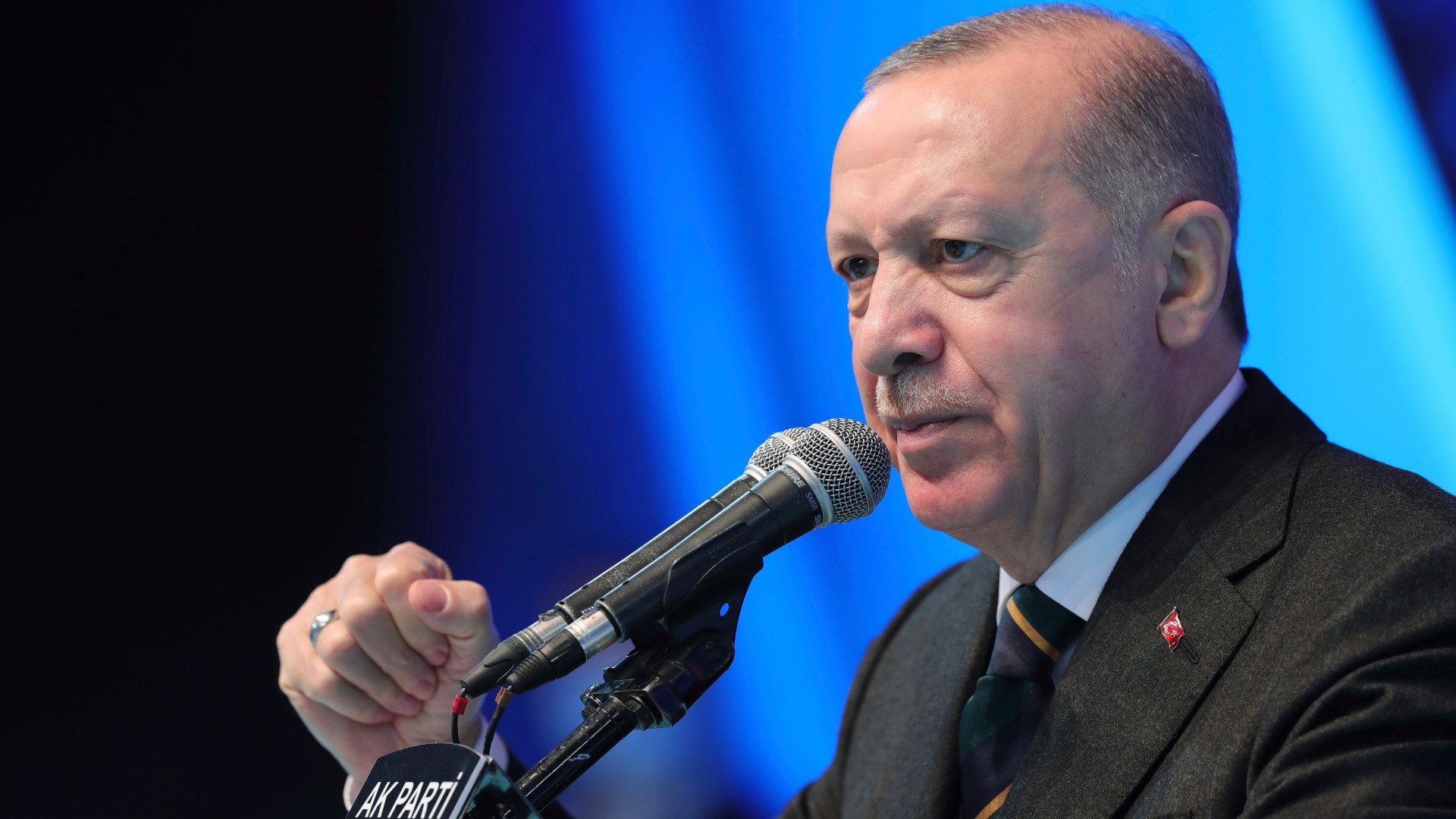 Turkish President Recep Tayyip Erdogan has been accused of using the Kanal Istanbul project divert attention from his poor handling of the COVID-19 pandemic and the country's economy. /AP

Turkish President Recep Tayyip Erdogan has been accused of using the Kanal Istanbul project divert attention from his poor handling of the COVID-19 pandemic and the country's economy. /AP

Last month, lawmakers in Ankara approved the controversial Istanbul Canal project, which has been the focus of widespread protests in Turkey on both environmental and cost grounds. The development has a provisional price tag of $12 billion, but analysts including Yesilada say it will struggle to find backers.

More than 100 senior military figures have signed an open letter condemning the scheme on the grounds it also endangers the 1936 Montreux Convention, which cements Turkish control over the waterways of the Bosporus and the Dardanelles straits, by opening up an alternative route from the Black Sea to the Sea of Marmara. Ten have since been put under house arrest prior to interrogation, with President Erdogan stating the letter is "reminiscent of coup times."

Yesilada explained why the project, which has been under consideration by successive regimes since the mid-1980s, has been a flashpoint over the years. 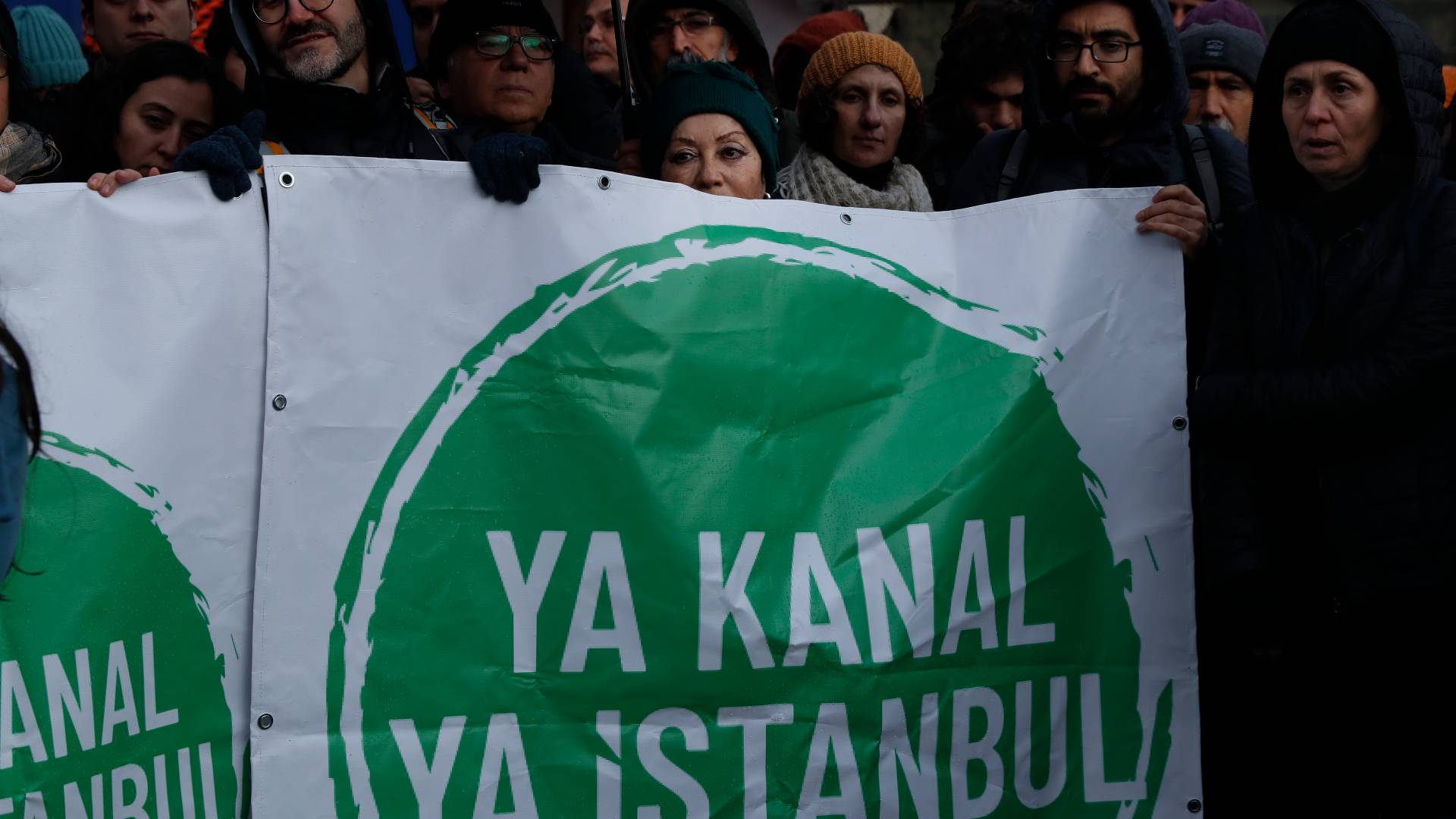 "There are three reasons," he told CGTN. "Firstly, even the engineers aren't sure it's going to work from a mechanical or water viewpoint. Secondly, we don't know if any tankers will use it. And thirdly, given Turkey's credit rating and very long payback period of this project, it's not clear how it's going to be financed."

President Erdogan has argued that the project will create jobs and raise revenue while alleviating shipping volumes in the Bosporus, which has suffered a spate of accidents and collisions in recent months.

Events in the Suez Canal, where hundreds of ships have been stranded for almost a week after a container ship ran aground in the vital waterway, have also thrown doubt over the wisdom of the development.

"I'm deadly afraid of a blockage or tanker blowing up," Yesilada added.