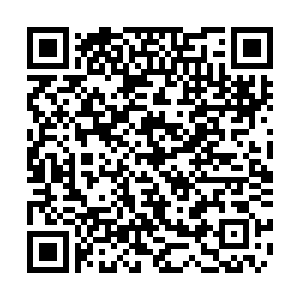 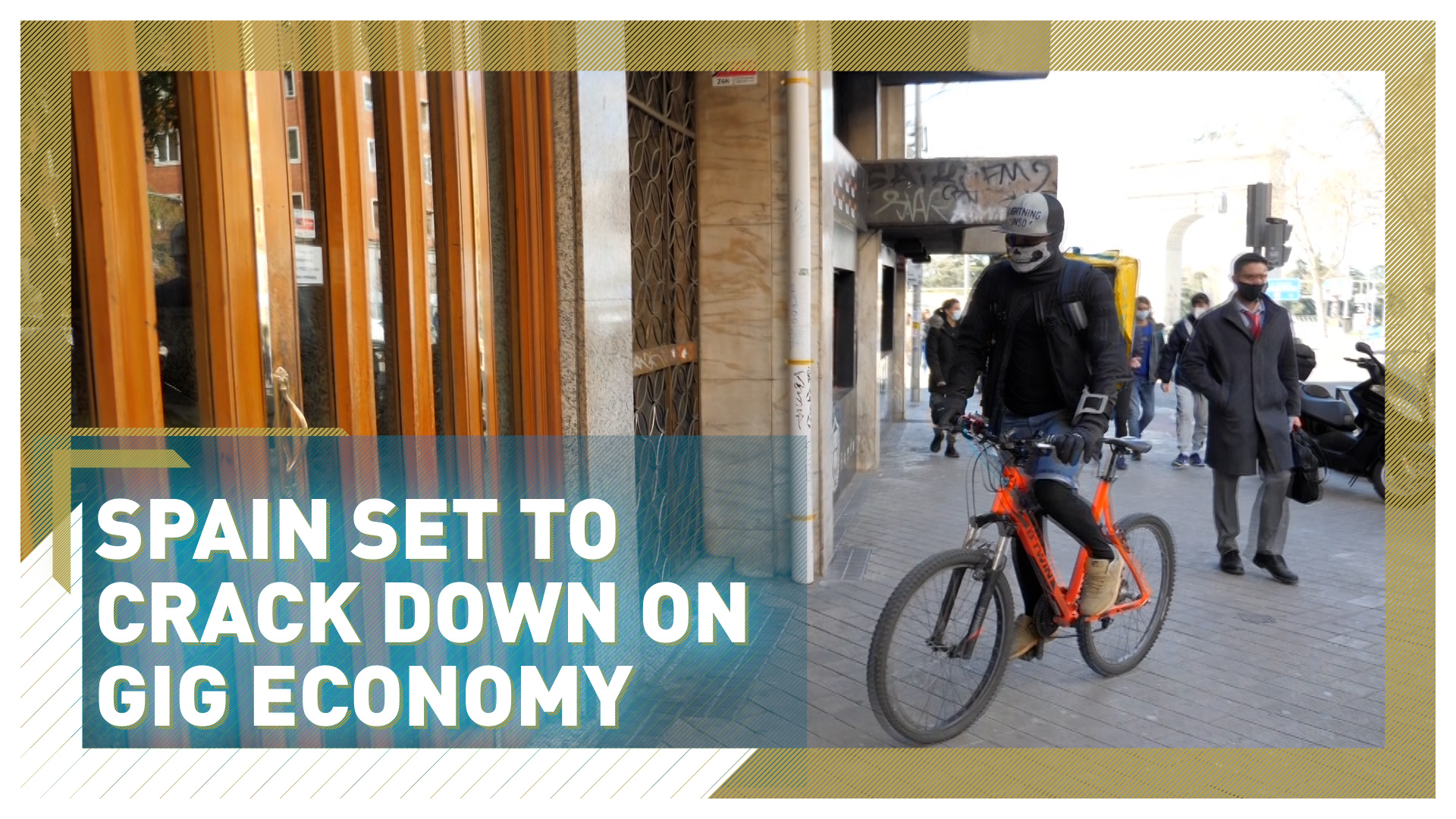 Spain is set to become the first country in Europe to bring in legislation that will recognize riders working for companies like Glovo and Deliveroo as employees.

There have been complaints by some riders working for both companies about their working conditions and that has prompted the government to take action.

CGTN Europe accompanied one of them on his delivery route around Madrid.

Julio Cesar is one of 13,000 Glovo riders based in Spain. The work is hard, the hours are long and during the height of the pandemic it carried a high element of risk to his health. 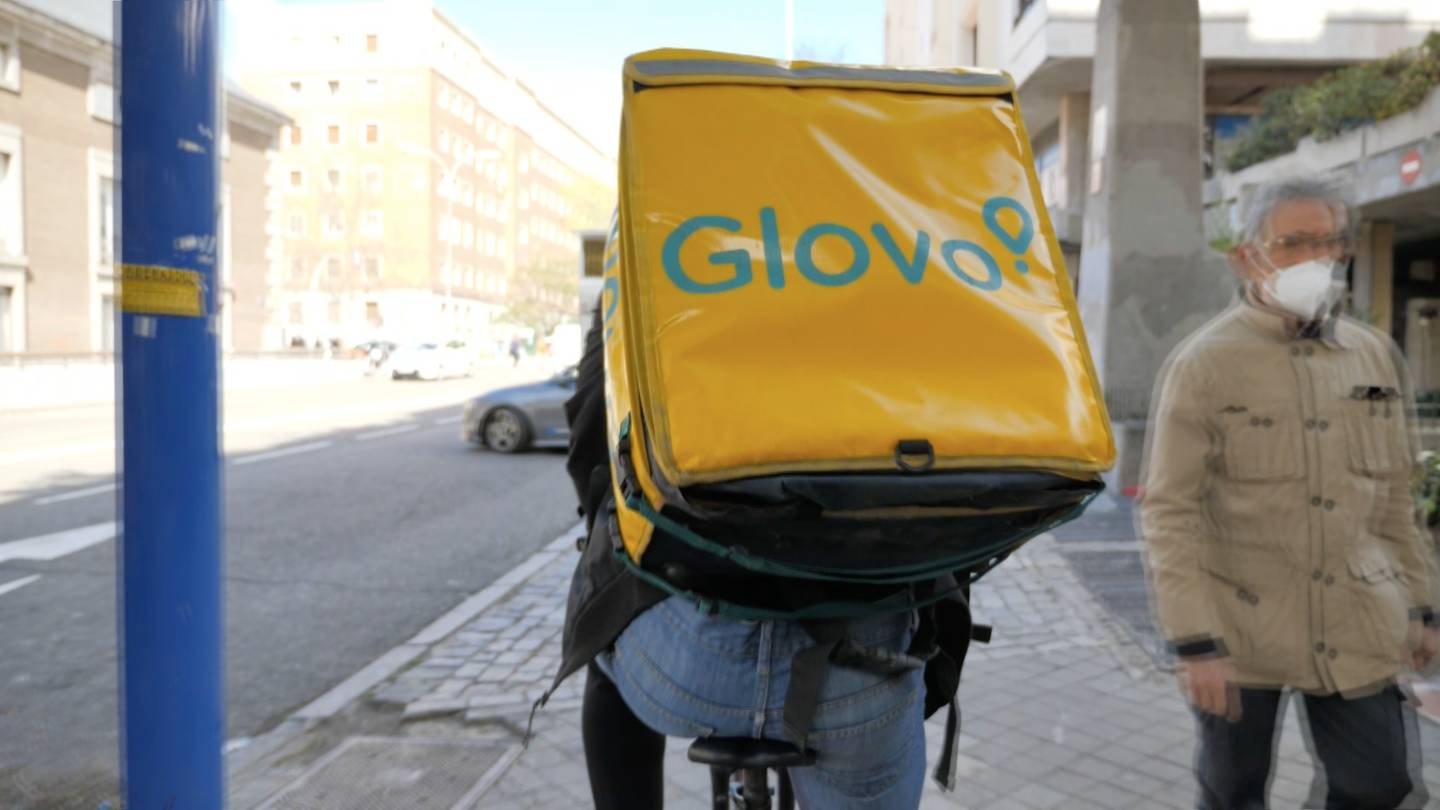 Spain is set to become the first country in Europe to force delivery services like Deliveroo and Glovo to recognize workers as employees. /CGTN

Spain is set to become the first country in Europe to force delivery services like Deliveroo and Glovo to recognize workers as employees. /CGTN

Throughout the lockdown, Julio and his colleagues from Glovo and the other companies were out on the streets delivering food while the public were confined to their homes.

The Spanish government now wants to protect the rights of these food delivery riders.

It has announced a deal that will recognize them as employees of companies like Glovo, Deliveroo and Uber Eats. It means they will be entitled to paid holidays and sick pay.

It will also mean extra costs for the delivery companies and for riders like Julio, those extra costs will eventually affect him and his fellow riders.

"It will affect our incomes for sure, we will be having extensive shifts but we won't see the effect of that in our payroll, we will work more and earn less for sure, that's why I say this will slow us down," he told CGTN Europe. 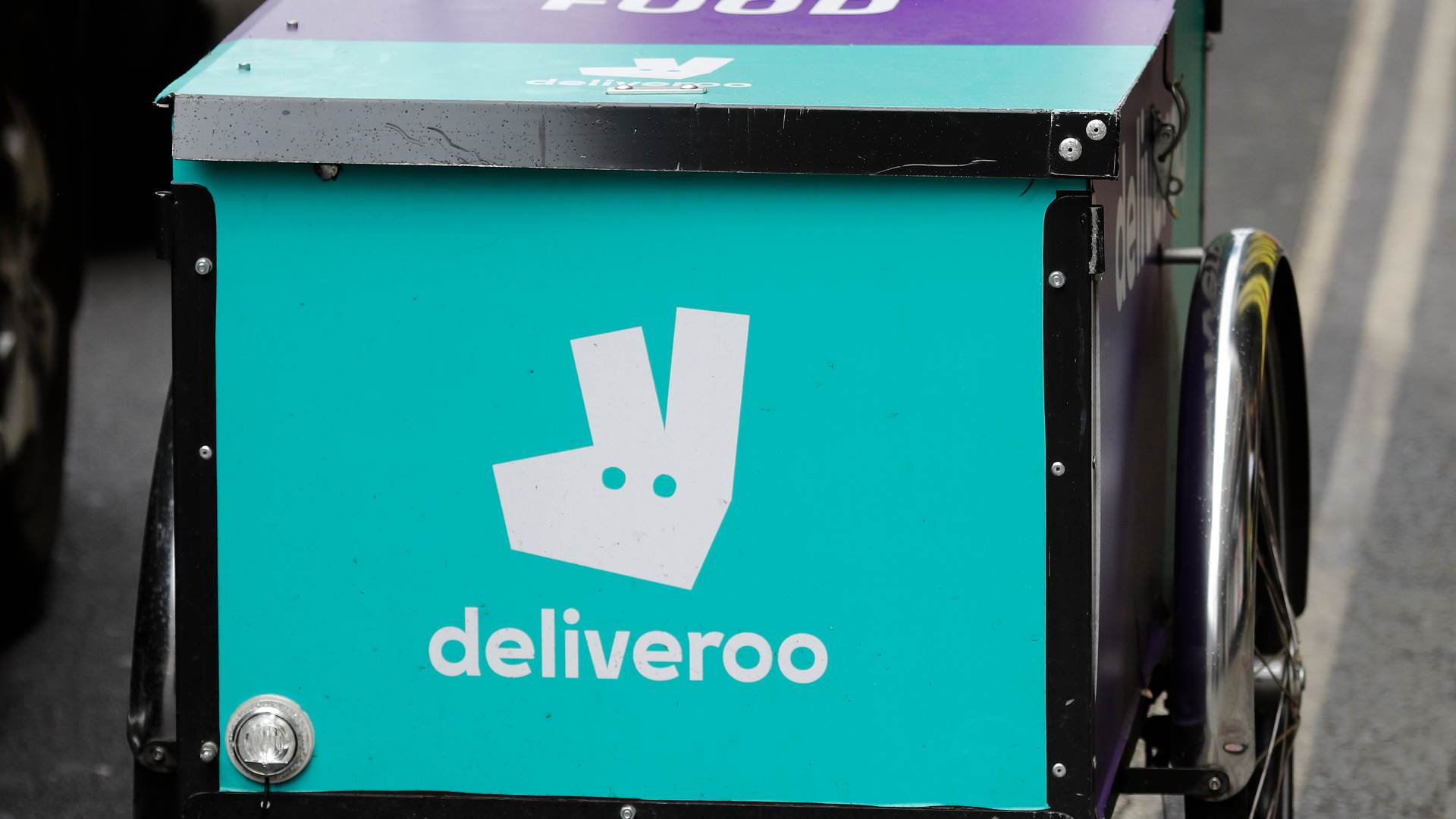 Deliveroo and Glovo riders currently get paid per delivery. The exact delivery fee varies per order and includes a variable distance fee, with drivers made aware of the fee payable before accepting the order. /FrankAugstein

Deliveroo and Glovo riders currently get paid per delivery. The exact delivery fee varies per order and includes a variable distance fee, with drivers made aware of the fee payable before accepting the order. /FrankAugstein

Spain's ruling socialist coalition says the legislation, the first of its kind in the EU, is designed to crack down on the so-called "gig economy," which relies on hundreds of thousands of independent workers for app-based services such as food delivery or car rides.

Glovo co-founder Sacha Michaud told CGTN Europe the Spanish government needed to be more open minded when dealing with companies like his.

"The government has a strict way of looking at this. They are not open to listening, working with the platforms and finding a solution for us. Which is a way of maintaining flexibility but giving the workers more social rights."

It looks like there will be a domino effect.
-  Gig economy expert Miguel Soldan expects other EU countries to copy Spain's approach to the gig economy.

The status of those working in the gig economy is a question that's being discussed across Europe, not just in Spain.

Earlier this year, two former Uber drivers in the UK won their case against the taxi company, with Britain's top court ruling that Uber drivers were workers and not independent contractors.

Industry expert Miguel Soldan from Madrid's IE Business School feels the Uber decision and the new legislation in Spain will have far-reaching consequences across Europe.

"It looks like there will be a domino effect and shortly other countries in the EU will make similar decisions to the ones made by the Spanish government with the council and support of the unions," he told CGTN Europe.

For riders like Julio, although they welcome the extra job security the new legislation is supposed to give them, many will be reluctant to lose the freedom and flexibility they currently enjoy.