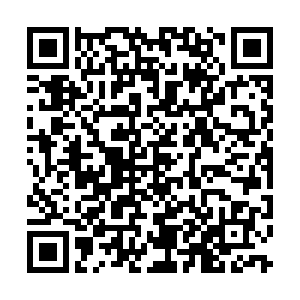 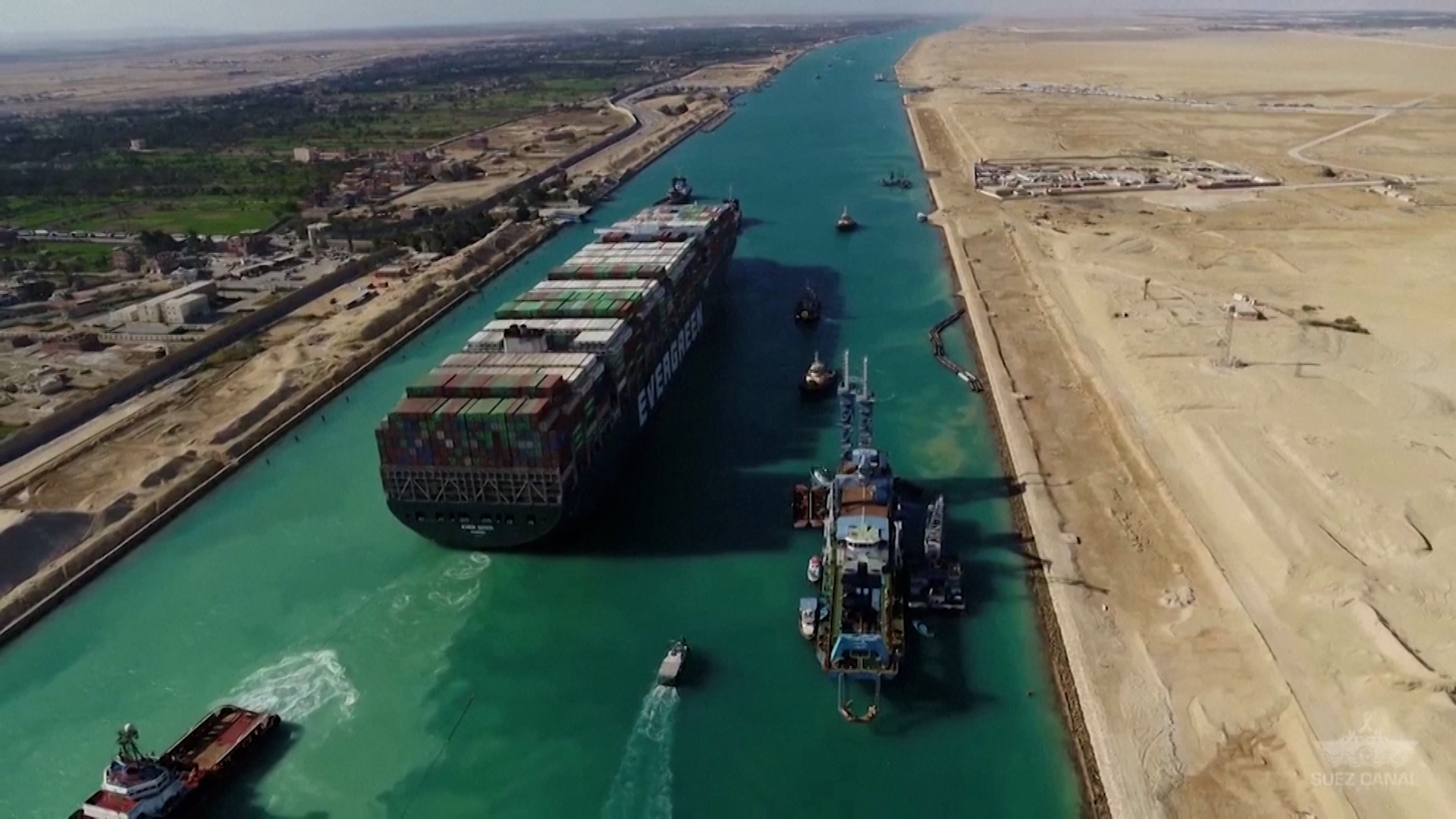 Egypt's Suez Canal Authority has released drone footage of the Ever Given ship, taken after it was freed earlier this week from blocking navigation in the key maritime passage for six days.

An investigation into how the giant container ship ran aground, choking off international trade through the Suez Canal, and halting billions of dollars a day in maritime commerce, is been under way, with divers inspecting the hull of the ship on Wednesday.

Lead investigator, captain Sayed Sheasha, who boarded the Ever Given on Wednesday afternoon, said the investigation would include examining the seaworthiness of the ship and its captain's actions to help determine the causes.

One of the officials, a canal pilot, said experts were studying the extent of the damage, but he said it is unlikely it would impede navigation. He said the ship's next movements would depend on "several legal and procedural" measures that the canal authority would discuss with Ever Given's operator.

When blame gets assigned, it will likely lead to years of litigation to recoup the costs of repairing the ship, fixing the canal and reimbursing those who had their cargo shipments disrupted.

In an interview with Egypt's Sada El-Balad TV on Wednesday, the chairman of the Suez Canal Authority (SCA), Osama Rabie, said that losses and damages from the Ever Given blockage could reach around $1 billion.

"The amount of damage and losses, and how much the dredgers consumed, will be calculated. Estimates, god willing, will reach a billion dollars and a little bit more, this is the country's right," Rabie said.

He also said the vessel's captain has yet to respond to demands by the canal authority, which include handing over the Ever Given's black box and other documents to help the investigation. Such a move was expected as the captain is likely waiting for an attorney to attend the inquiry, he said.

The Ever Given will not be allowed to leave the canal until the end of the investigation, Rabei added. 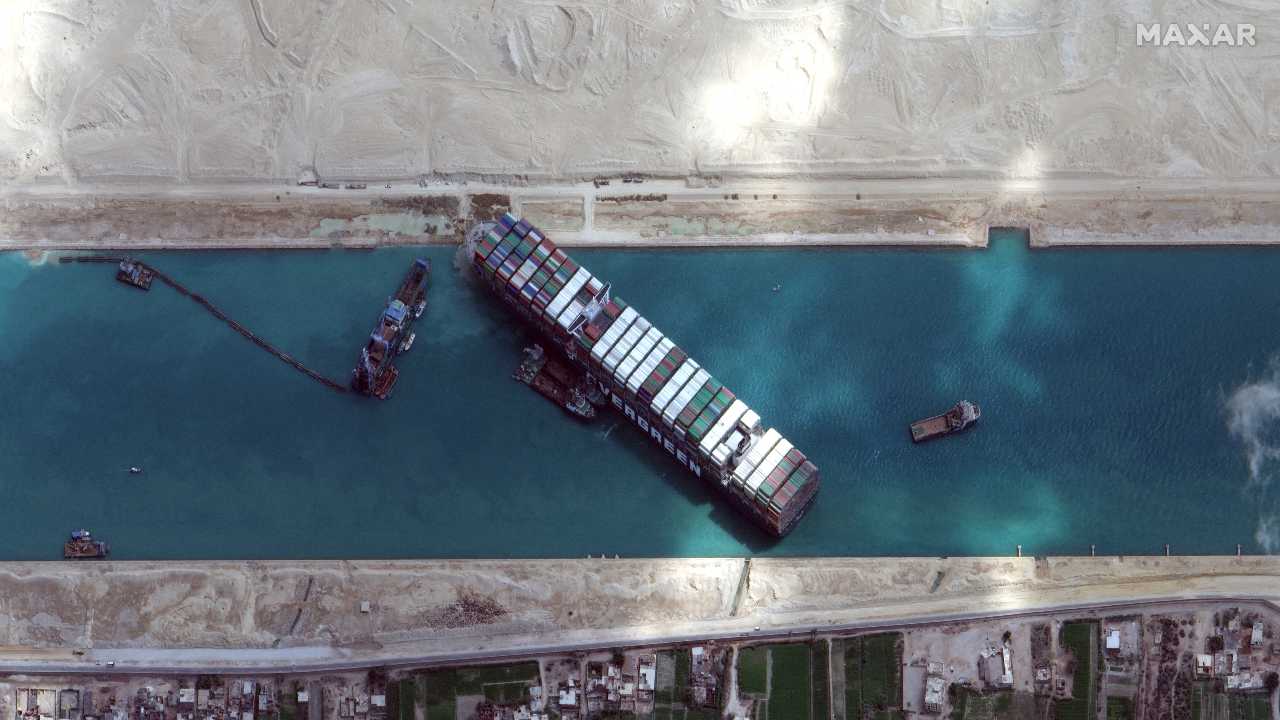 The massive Ever Given container ship ran aground on March 23, causing massive disruption to the key maritime passage for six days. /Satellite image ©2021 Maxar Technologies/AFP

The massive Ever Given container ship ran aground on March 23, causing massive disruption to the key maritime passage for six days. /Satellite image ©2021 Maxar Technologies/AFP

The six-day blockage threw global supply chains into disarray after the 400-meter-long ship, owned by a Japanese firm, became jammed diagonally across a southern section of the canal, the shortest shipping route between Europe and Asia.

The SCA said on Wednesday that shipping had returned to normal levels, with a total of 81 ships transiting the canal. From the reopening to noon on Wednesday, more than 160 vessels had passed through the canal, while 292 ships were still waiting.

The blocking of the canal is expected to give rise to a flurry of insurance claims, with Lloyd's of London expecting a "large loss," possibly amounting to $100 million or more, according to its chairman.

The Japanese owner of the Ever Given said it had not received any claims or lawsuits over the blockage.