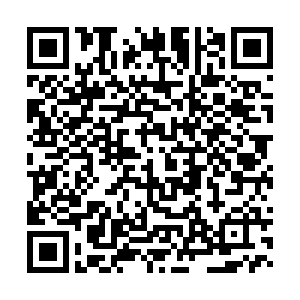 • China's recovery "very important" for the future of global trade

• Investing in vaccines is any country's best "fiscal stimulus" 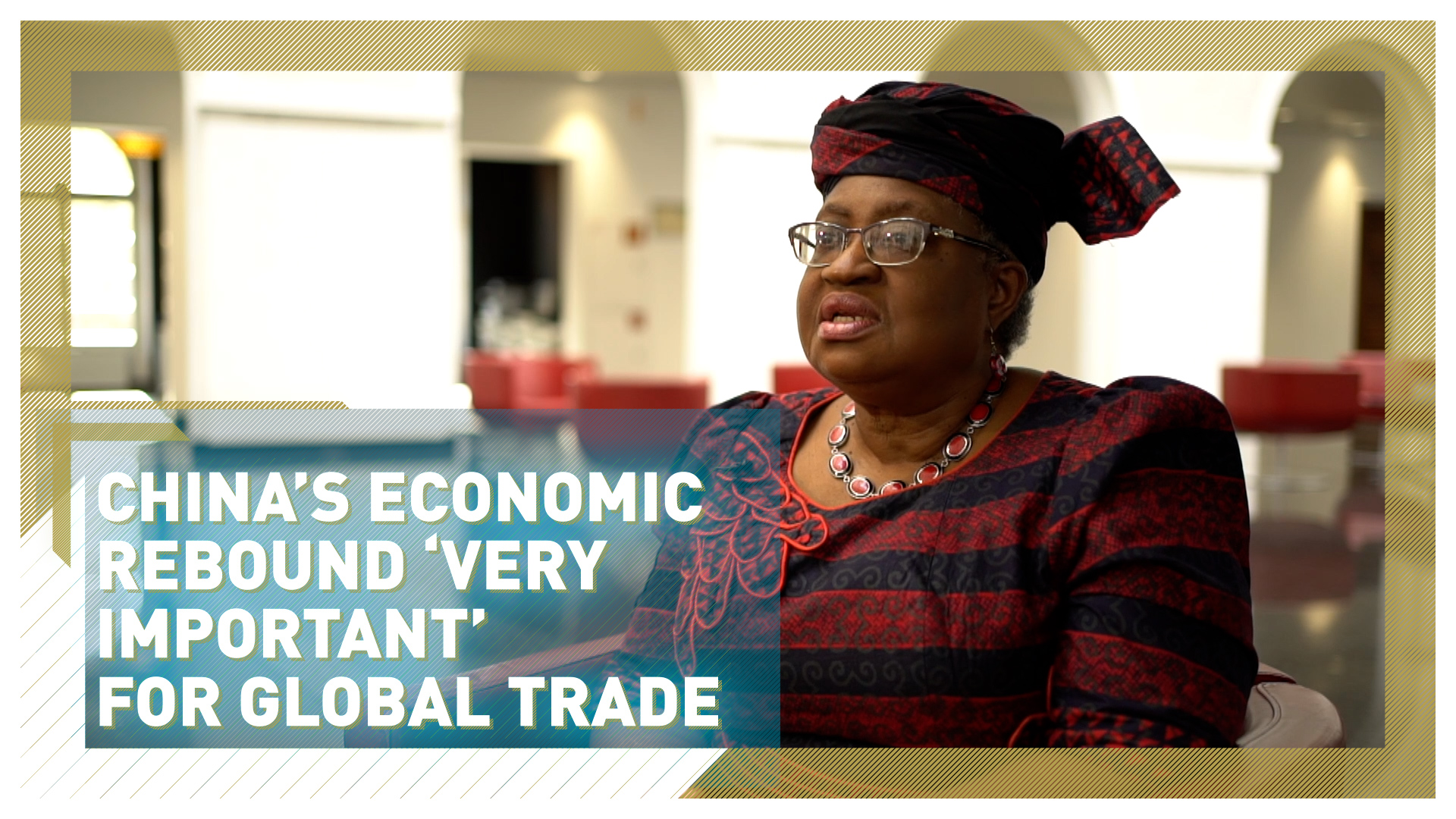 The economic rebound in China is "very important" for global trade as the world continues to attempt to recover from the COVID-19 pandemic.

That's according to World Trade Organization (WTO) Director General Ngozi Okonjo-Iweala in an interview in which she shared her thoughts on the current global trade situation.

Global trade has rebounded faster than expected this year, at 8 percent, while the WTO is projecting it will grow by a further 4 percent in 2022.

Okonjo-Iweala believes the strong recovery is down to two reasons.

"The way that governments responded very fast with massive amounts of fiscal stimulus has helped to improve the performance of the global economy and avoid deep recessions that happened at the beginning of COVID-19. So that has been very helpful in putting liquidity in businesses and money in the hands of consumers," Okonjo-Iweala said.

"The other thing is vaccines. I mean, the fact that the world came up with vaccines much faster than we've ever seen, gave a big boost of hope and the fact that global supply chains were also resilient. We were able to move medical supplies around, including the vaccines, so that has been part of the recovery," she added.

The WTO chief has explained the importance of China's fast recovery and the implications that could have on trade across the rest of the world.

"China is the biggest trading partner in the world. I mean, I think it is virtually 25 percent of world trade. So it's big in exports. It's big in imports. So China's rebound is very important for the world. And China recovered very fast from the pandemic," she said.

"China put in policies fast enough that led to the economy rebounding and now growth is expected, you know, at rates that are much higher than other countries'. So that role of the engine of growth and trade is very important. So China in the WTO plays a very important role, [it] is one of the most active members in the WTO," she explained. 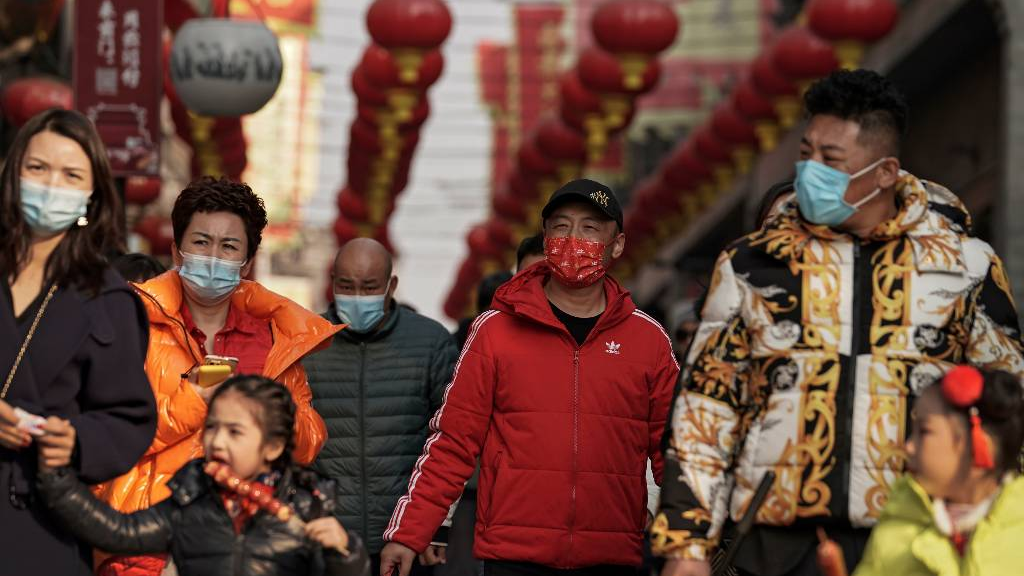 History made, but that's just the start

Last month, Okonjo-Iweala made history by becoming the first woman and first African in the organization's history to be appointed the top job at the WTO. And she has her eyes set on achieving big things in the role.

"In terms of making history, it's the WTO members who elected me who have made history in choosing the first woman and the first African. But most of all, I always say it's great to be the first woman. It's great to be the first African. But what matters most is competence, choosing the person who can best do the job. And I'm happy that they had that confidence in me that I could deliver," Okonjo-Iweala said.

"The WTO needs many changes. It's facing a lot of challenges. And what I think needs to happen is that the WTO needs to get some successes. It's been taking too long to produce results. So my absolute laser focus this year is on getting some wins, some results out of the WTO," she added. 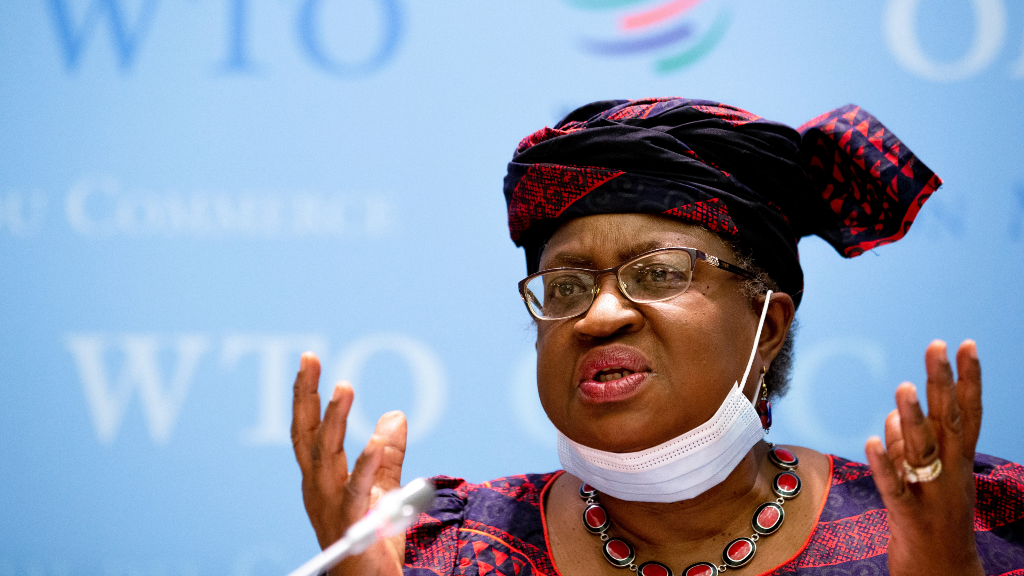 Okonjo-Iweala is hoping to make an impact as WTO chief, but admits 'many changes' are needed at the organization. /AP

Okonjo-Iweala is hoping to make an impact as WTO chief, but admits 'many changes' are needed at the organization. /AP

Globalization has left some behind

The WTO is looking into new trade rules that lift women and other people left behind as a result of globalization.

"The working class in some poor countries are left behind. How do you help to lift them up? Women have been left behind. So if we can have trade rule that lift up women, lift up micro and medium enterprises, this is something that I'm quite passionate about," she said.

Looking forward, Okonjo-Iweala has urged for better global cooperation between organizations to help the economy grow even further.

"I believe that all multilateral organizations should look at themselves to see whether they are up to speed. You know, the world is changing very, very fast. So the WTO needs those changes. Once we reform ourselves to be up to speed, cooperating to make sure that multilateralism is strong is very important," the WTO chief said.

"All organizations need to cooperate together to make sure that global economic governance is very strong and delivers for the ordinary person. I always say trade is about people. Once you forget what it is, you miss your way. And if global governance and multilateralism can deliver better for people, that is what I think should happen," she said.