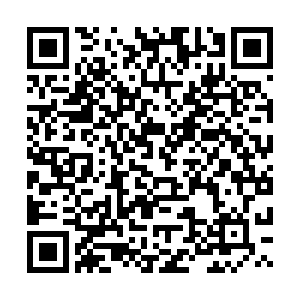 - People over the age of 70 in the UK could begin to receive their booster vaccines to protect them against other variants of the virus in September, Vaccines Minister Nadhim Zahawi has said.

- The World Health Organization (WHO) has appealed for countries to donate more vaccine doses to the COVAX fund, which needs jabs quickly to prevent a shortage in poorer countries. "COVAX is ready to deliver but we can't deliver vaccines we don't have," WHO director-general Tedros Adhanom Ghebreyesus said.

- Czechia has extended its state of emergency until at least April 11, giving the government extra powers to slow the spread of the virus, despite the number of new cases dropping. The Health Ministry has said that wider easing of restrictions will only come when hospitalizations drop to around 3,000 – they currently stand at 7,965.

- Europe will not let itself be subjected to "a kind of blackmail" by the UK over vaccine exports, France's Foreign Minister Jean-Yves Le Drian has warned. "We need to achieve a relationship of cooperation with the UK so AstraZeneca fulfils its commitments," he said. "It's not for Europe to bear the cost of this policy."

- France will send a class of schoolchildren home once one infection is detected among its pupils, instead of the previous three, in regions where there is tighter restrictions, Education Minister Jean-Michel Blanquer said.

- Reopening international air travel without testing at airports across the UK risks undoing "all the good that our vaccination program has done," said Mike Tildesley of the Spi-M modelling group which advises the government.

- Italy will host the opening game of soccer's European Championship in Rome on June 11 as planned with a crowd in the stadium, the President of the Italian Football Federation Gabriele Gravina has said.

- The World Health Organization has reiterated that the Oxford University-AstraZeneca jab is still recommended for use while studies continue to examine any potential link to a small number of blood clot reports. This announcement comes as Norway said it will continue to halt the use of the vaccine until at least 15 April in order to investigate further.

- Russia has recorded a further 8,885 new cases in the past 24 hours, while deaths also rose by 387, a rise of one compared to last Saturday's toll. 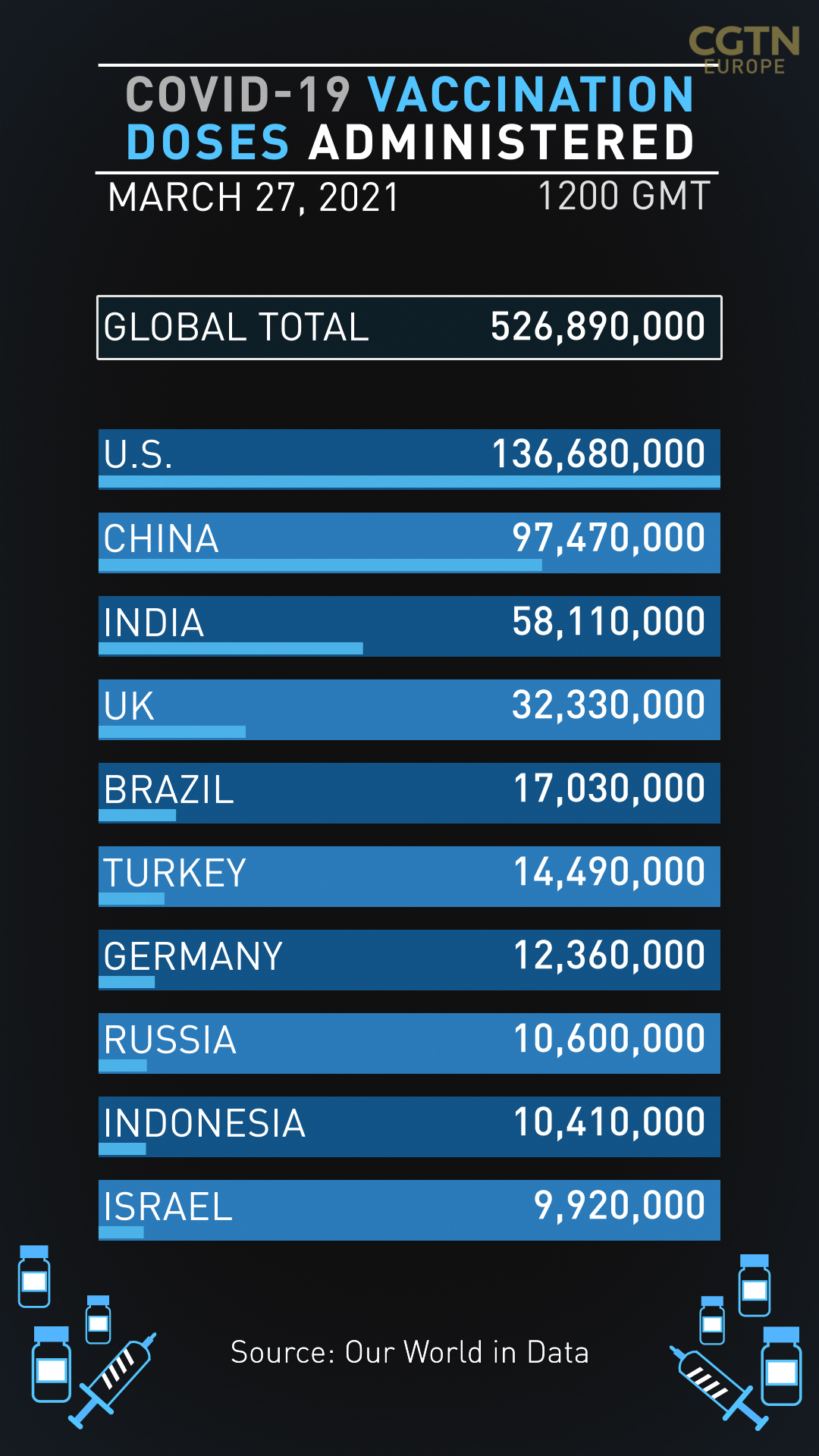 Czechia has extended its state of emergency until at least April 11 because the number of nationwide hospitalizations is still too high, according to its health ministry.

The extension gives the government extra powers to fight the pandemic, such as the implementation of lockdown measures.

The health ministry has said that wider easing of lockdown restrictions should come only when hospitalisations drop to around 3,000-they currently stand at 7,965.

Prime Minister Andrej Babis said on Friday that with the number of new cases and hospilizations slowing down, some easing – like pupils' return to schools – might be possible when the current extension of the emergency state expires.

"I firmly hope that this will be the last lockdown," Babis added. "After Easter, based on the situation, which I am convinced is going in the right direction, we will announce some dates for reopening of schools and other measures."

A concert is being held in Barcelona tonight, to see if similar events with anti-COVID-19 measures can take place with the pandemic still ongoing.

The gig will take place at the Palau Sant Jordi and up to 5,000 people are expected to attend. There will be no social distancing, but fans will have to present a negative COVID-19 test and wear a high-protection FFP2 face mask.

It comes as Barcelona's two biggest summer music festivals Sonar and Primavera have announced they are being canceled for the second year running due to the pandemic.

WATCH BELOW: THE COVID-19 SITUATION WORSENS IN HUNGARY 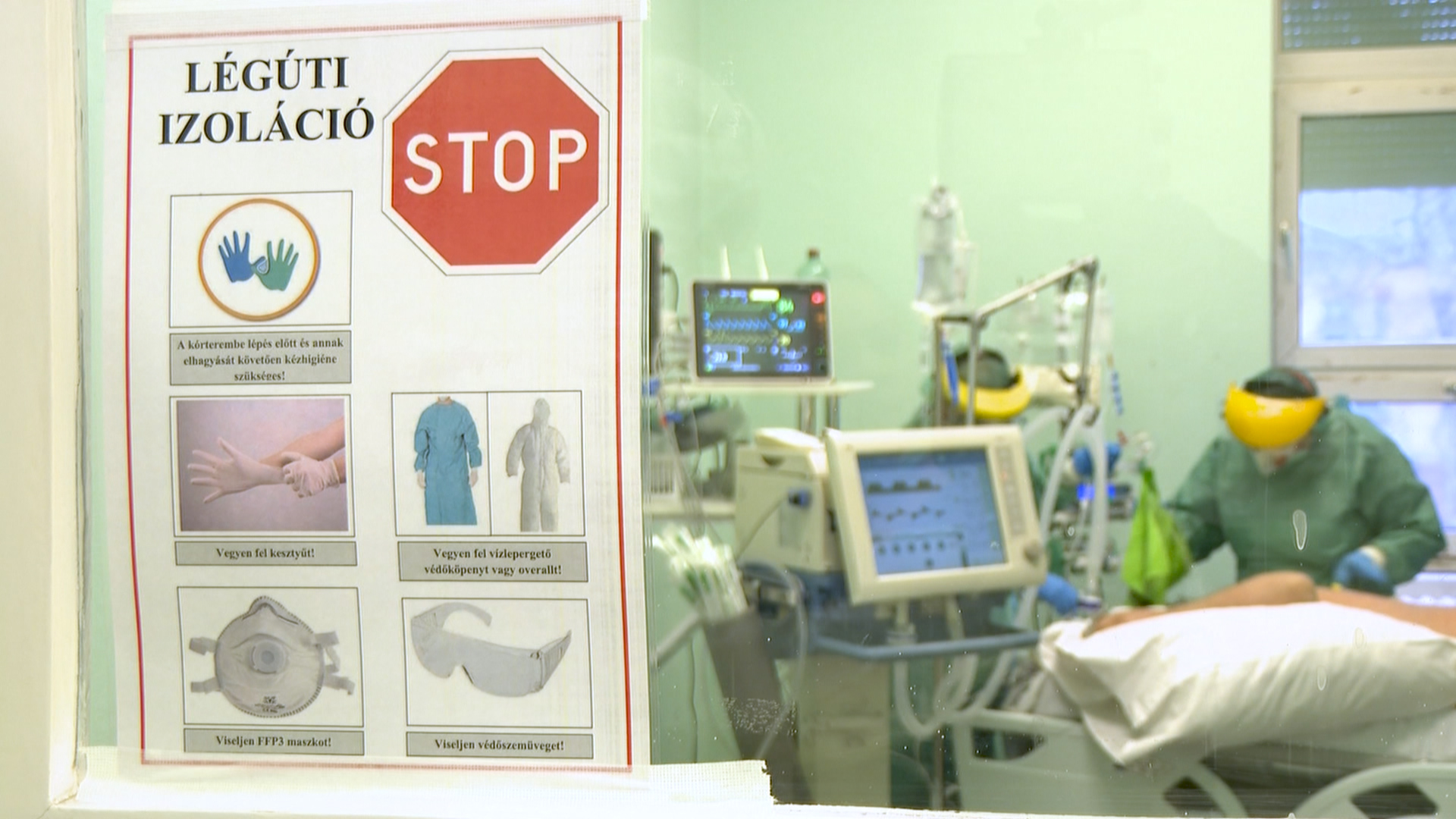 The UK government is aiming to give people aged over 70 years a COVID-19 booster shot from September.

Vaccine Minister Nadhim Zahawi says the booster would protect people from variants of the virus and the priority will be to give the shot to the elderly, clinically vulnerable and health and social care staff.

More than 29 million people have already received their first shot of a vaccine in the UK in one of the world's fastest roll-outs.

Zahawi also said drive through vaccination centers could be set up to encourage younger people to get a shot. 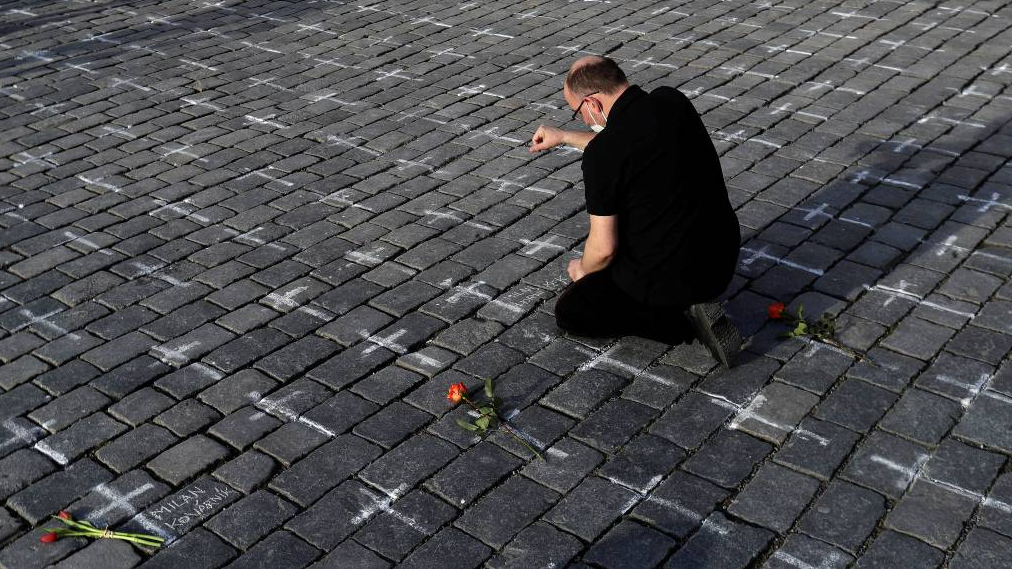 Czechia has extended its state of emergency until at least April 11, giving the government extra powers to slow the spread of the virus. /Reuters

Czechia has extended its state of emergency until at least April 11, giving the government extra powers to slow the spread of the virus. /Reuters

CGTN America: Americans use robots to get vaccines as COVID-19 risk rises