Download
What is a universal coronavirus vaccine and is it achievable?
Arij Limam 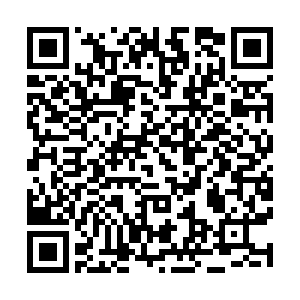 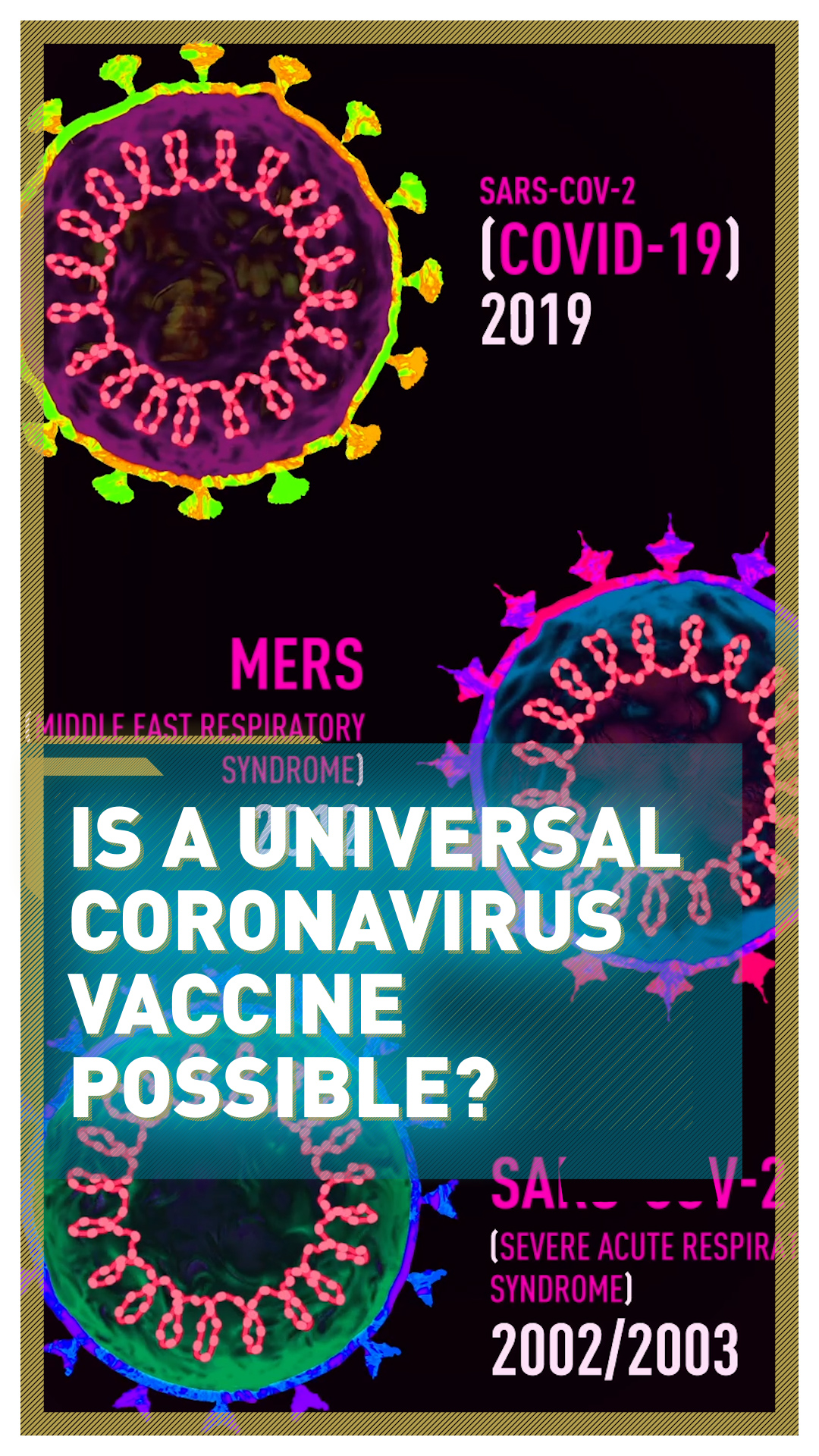 The vaccination of the world's population against COVID-19 is well under way in many parts of the globe, and its success is providing a ray of hope for a way out of the pandemic that has gripped humankind for more than a year.

But despite the impressive scientific feat in discovering COVID-19 vaccines and the speed at which they have been manufactured and distributed, scientists are seeking to develop a different vaccine that will provide protection in the long run, even from coronaviruses we haven't yet seen.

Researchers, scientists and biotech companies around the world are already working on developing a so-called 'universal vaccine,' and some have already optimistically reached trial stages.

"We're actually targeting viruses that human beings haven't seen yet. So we have to demonstrate protection for viruses that aren't circulating in humans. And that's a difficult challenge," Kimbell Duncan, CEO of UK-based ConserV Bioscience, which is developing the vaccine, told CGTN Europe.

How well are vaccines working in the real world?

The Agenda: A guide to cryptocurrencies

SARS-CoV-2, the virus that causes COVID-19, is not the first deadly coronavirus outbreak, and worryingly it won't be the last.

In fact, it's the third disease outbreak in humans during the past two decades to be caused by novel – new – coronaviruses.

Coronaviruses are a family of viruses that usually cause mild to moderate illnesses such as the common cold: As many as 20 percent of common colds are caused by coronaviruses.

There are hundreds of them in circulation and most of them circulate among animals including pigs, camels and bats – but sometimes these viruses can spill over into humans, and in the worst cases cause serious and widespread illness and death.

They are generally broken down into four subtypes: Alpha, beta, gamma and delta coronaviruses, with the latter two only occurring in animals.

Since the mid-1960s, seven different coronavirus outbreaks have been identified in humans. Four of them are less infectious or deadly: HCoV-229E and HCoV-NL63 (both alpha viruses), HCoV-OC43 and HCoV-HKU1 (both beta viruses).

The remaining three, which may be more familiar to many, are all beta viruses and considered more deadly as they have caused widespread disease outbreaks. First came SARS, or Severe Acute Respiratory Syndrome, discovered in 2002 and achieving a 10 percent fatality rate. In 2012 came MERS or Middle East Respiratory Syndrome, with a 34 percent fatality rate. Then in 2019 came SARS-CoV-2, known as COVID-19.

According to scientists, "the potential is increasing for other coronaviruses to jump species and cause more pandemics."

Writing in the journal Science, Wayne Koff, CEO of the Human Vaccines Project, and Seth Berkley, CEO of Gavi, The Vaccine Alliance, added that while the COVID-19 vaccine success is remarkable, next time we might not be so lucky. "More virulent and deadly coronaviruses are waiting in the wings," Koff and Berkley wrote.

They also warned of potentially worse consequences in the future, if humans are faced with an even more virulent and fatal strain than those we have already seen. 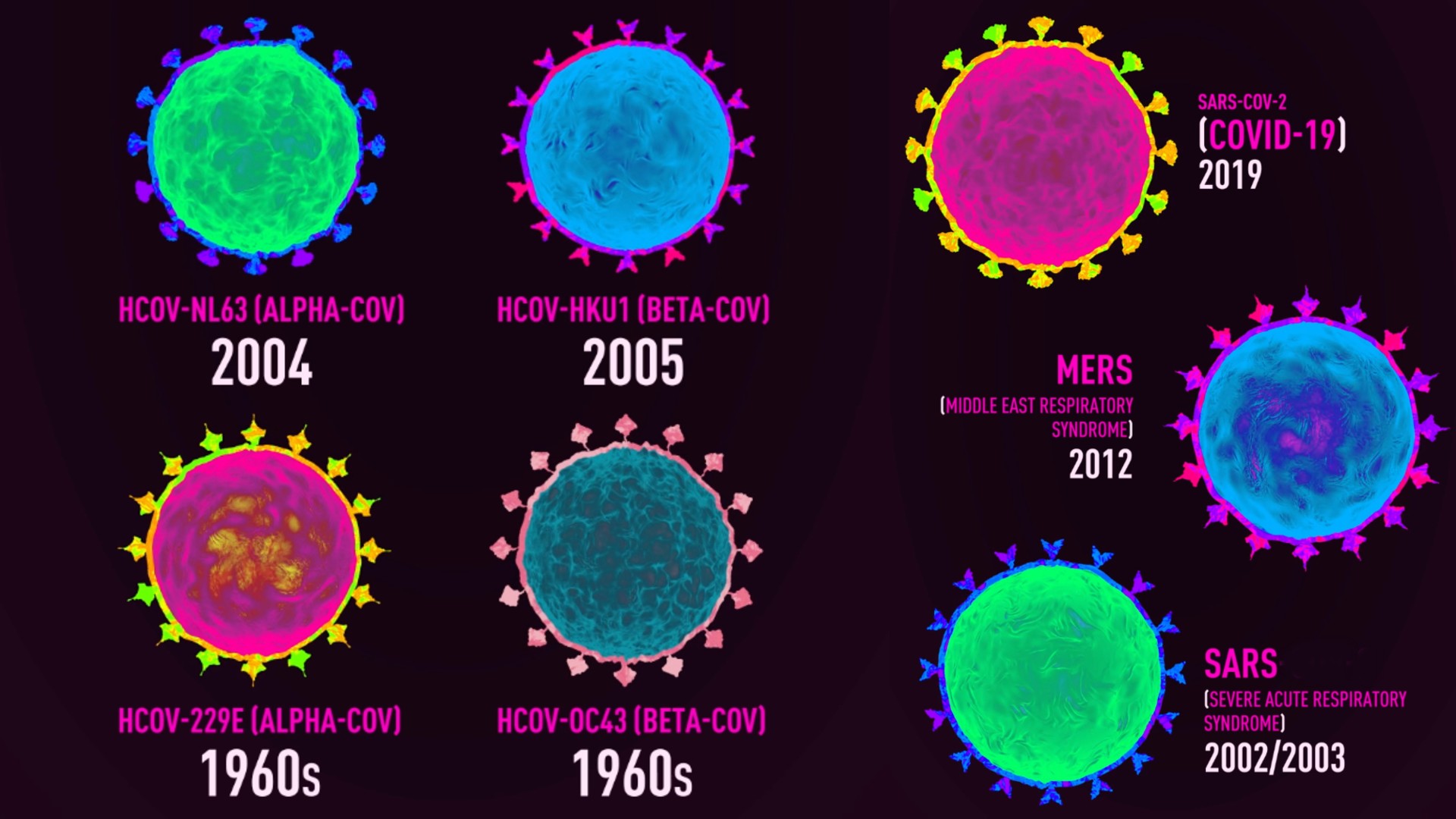 SARS, MERS and SARS-CoV-2 are the most deadly and more likely to cause disease outbreak in humans, of the coronavirus family. /Ben Wildi/CGTN Europe

SARS, MERS and SARS-CoV-2 are the most deadly and more likely to cause disease outbreak in humans, of the coronavirus family. /Ben Wildi/CGTN Europe

The answer, according to Koff, Berkeley and others is that "the world needs a universal vaccine."

And indeed, scientists and researchers in several biotech companies around the world are rising to the challenge and tirelessly working on just that. But what does a 'universal' coronavirus vaccine mean, and how would it work?

"A universal vaccine is one that protects against all viruses or strains of viruses within a given virus family," explained Kimbell Duncan.

"For example, with COVID-19, we see variations in specific strains, for example, those coming from Brazil or the UK or South Africa. The objective of a universal vaccine is to protect against all of those strains and anticipate those variations in viruses that would potentially avoid detection using traditional vaccinology techniques," he added.

ConserV Bioscience is one of several biotech companies in Europe taking steps towards a commercial universal coronavirus vaccine.

The science behind this type of vaccine is different from that of the existing COVID-19 jabs. The existing vaccines target a specific protein on the surface of the virus called the spike protein. While this works perfectly fine in attacking the SARS-CoV-2 virus, the problem is that this protein mutates regularly, which causes the different variants of the same virus, and could possibly mutate to such a degree that vaccines cease to be protective.

"We've identified the conserved regions of viral proteins which we predict are reactive to the immune system – we call those antigens," he continued. "We've taken 12 different regions of coronavirus proteins and formed a cocktail of antigens, and we formulated that in mRNA. We've manufactured the mRNA and we have begun preclinical studies in animals."

ConserV Bioscience has formed a joint venture with the U.S.-based Lawrence Livermore National Laboratory in California, and once the vaccine has been proven in animals, they are expecting to start phase-one trials in early 2022.

Other companies in Europe, including Lyon-based Osivax, are also in early animals trials for their own universal coronavirus vaccines. They are taking a similar approach by targeting the 'nucleocapsid' protein inside the virus, which is less prone to mutations. 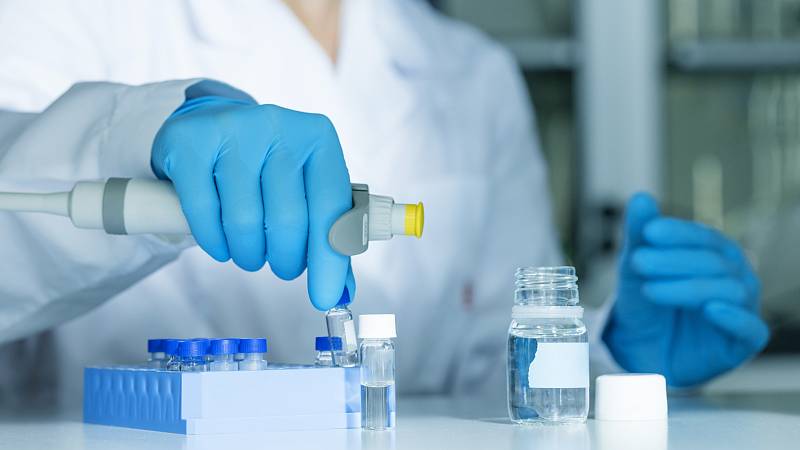 Several laboratories and biotech companies across Europe are working on a universal coronavirus vaccine. /Roc Canals/Getty Creative via VCG

Several laboratories and biotech companies across Europe are working on a universal coronavirus vaccine. /Roc Canals/Getty Creative via VCG

Despite the tremendous achievements made and the strides already taken in several laboratories around the world as they edge closer towards a universal coronavirus vaccine, Duncan says there are still several hurdles to leap.

"The main challenges, believe it or not, a regulatory and financial," he said, explaining that on the monetary side, taking a vaccine like this all the way through the three phases of human clinical trials, then gaining approval finally distributing, costs as much as $150 million to $200 million.

"With universal or broad-spectrum vaccines, there's never been one approved to date where it has been approved to protect against multiple strains or jumps from animals to humans," Duncan explained. "So the regulatory framework for achieving approval has not been defined neither by the FDA [U.S. Food and Drug Administration] or the EMA [European Medicines Association].

"We're actually targeting viruses that human beings haven't seen yet. So we have to demonstrate protection for viruses that aren't circulating in humans. And that's a difficult challenge."